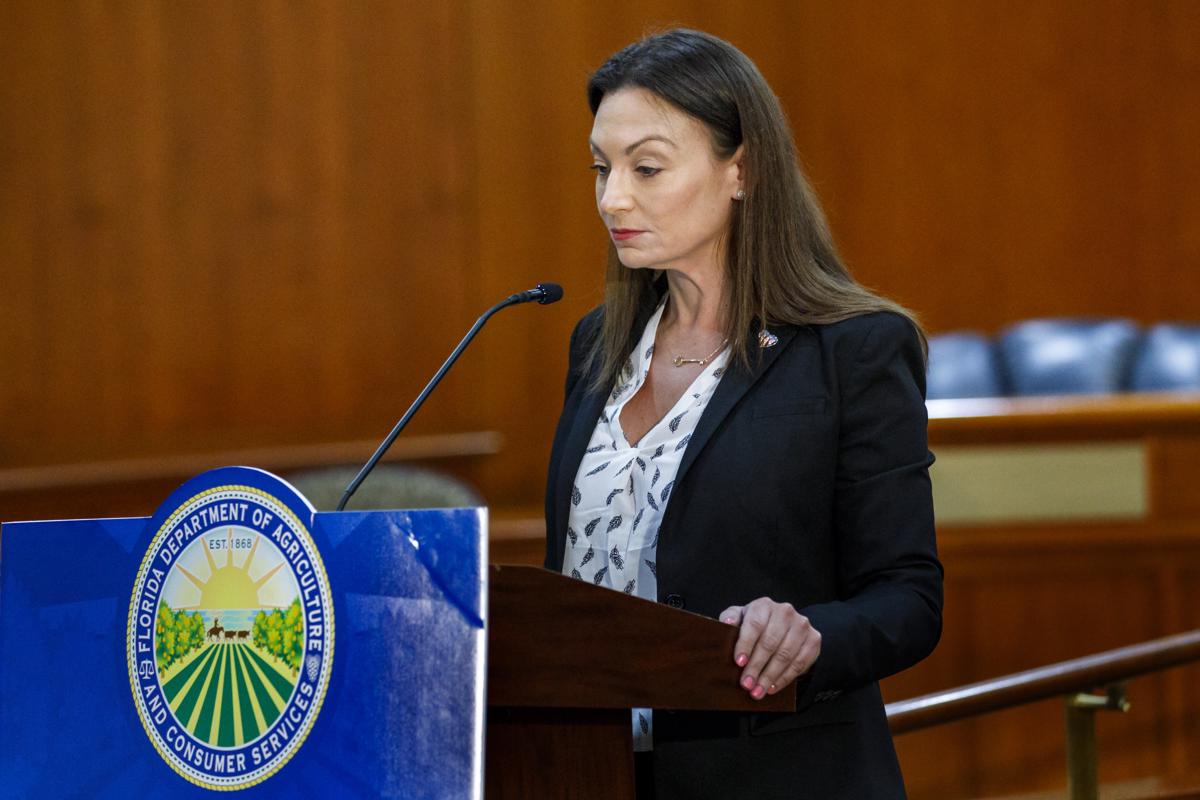 Rep. Michele Rayner is arguing the Governor's support for the bills means he doesn't like Black, gay or trans people.

As the House prepared for a full-floor vote on the measures limiting discussion of LGBTQ issues in classrooms, Nikki Fried, the state’s Agriculture Commissioner and only statewide elected Democrat, held a news conference in a last-ditch plea for the Republican-held lower chamber to vote the bills down.

The legislation bans classroom instruction “on sexual orientation or gender identity” for students in kindergarten through third grade. The measure also blocks such instruction when it’s done “in a manner that is not age-appropriate or developmentally appropriate for students in accordance with state standards.”

Critics call them the “Don’t Say Gay” bills. Opponents of HB 7 and HB 1557, which include the American Bar Association and the Florida Association of School Psychologists, say the bills would limit discussion around sexual orientation and gender identity in Florida public schools, creating a dangerous environment.

On Tuesday, Fried focused her messaging on the millions of LGBTQ youth across the state who she said would be directly impacted by the bills.

“It’s OK to say ‘gay.’ It’s OK to say ‘trans.’ It’s OK to say ‘LGBTQ,’ and know that we will never stop fighting for you,” Fried said. “You are not alone. You are loved. While today may be a dark day here in the state of Florida, I promise that there will be brighter days ahead, and remember that love always conquers hate.”

Studies show LGBTQ youth are among the most vulnerable to neglect and violence. LGBTQ youth account for 40% of homeless youth and are four times more likely to attempt suicide than straight and cisgender counterparts.

Rep. Carlos Guillermo Smith, an Orlando-area Democrat and gay man, said the bill works to erase the identity and history of people like him.

Republican Rep. Joe Harding, who is sponsoring the bill, floated a new amendment to the bill which appeared to force school faculty to out students, even if doing so could place the child in harm’s way at home. After pushback, Harding withdrew that amendment ahead of Tuesday’s House discussion of the bill.

Nathan Bruemmer is the LGBTQ consumer advocate for the Department of Agriculture. He said as a transgender man, he’s experienced the dangers and debilitating effects of forced outings.

“I was outed very publicly and forced to drop out of high school,” he said. “I had dreams and hopes. Ten years later, I came back to that district and I taught in that district. But I was outed again and I didn’t have employment discrimination protections. I had to leave that job and I went back to school.”

Bruemmer returned to school and became the advocate for the LGBTQ community — especially the youth within it — he felt he never had. He said his role in the state is to now ensure dignity and equity in consumer affairs and Florida’s business practices extend to the LGBTQ community. But “Don’t Say Gay” bills, he said, will have monetary and safety costs.

“These bills will not do the very best for Florida,” Bruemmer said. “We must, as public servants, as elected, do all we can to ensure Floridians thrive each and every day. And the toughest part of this is sitting here and discussing this as a reasonably prudent person would do about how we do our jobs. It is deeply personal. The costs are many if we choose to not get this right at this moment. These bills can save lives or cost lives.”

Critics of the “Don’t Say Gay” bills have said this round of legislation is a continued attack on minority and LGBTQ communities that started with last year’s anti-riot bill and the transgender sports ban. Rep. Michele Rayner, the House’s first openly LGBTQ Black woman, hammered Republicans for pushing the legislation.

“Last year, I remember I stood on the (House) floor and I cried because I was so hurt,” she said. “This year, I am pissed. I am pissed because, literally, we do not have to do the things that we are doing. We have two bills. And I stand at the intersection of race and the intersection of my identity and the intersection of who I love. And so we understand that these bills are going to harm our children the most. There is a level of privilege I have as a grown woman that I can navigate this bill and these things. But it’s our children that do not have these things.”

HB 7 and HB 1557 are expected to pass the House along party lines. But Fried said she still hopes the Senate will block passage of its version of the bills.