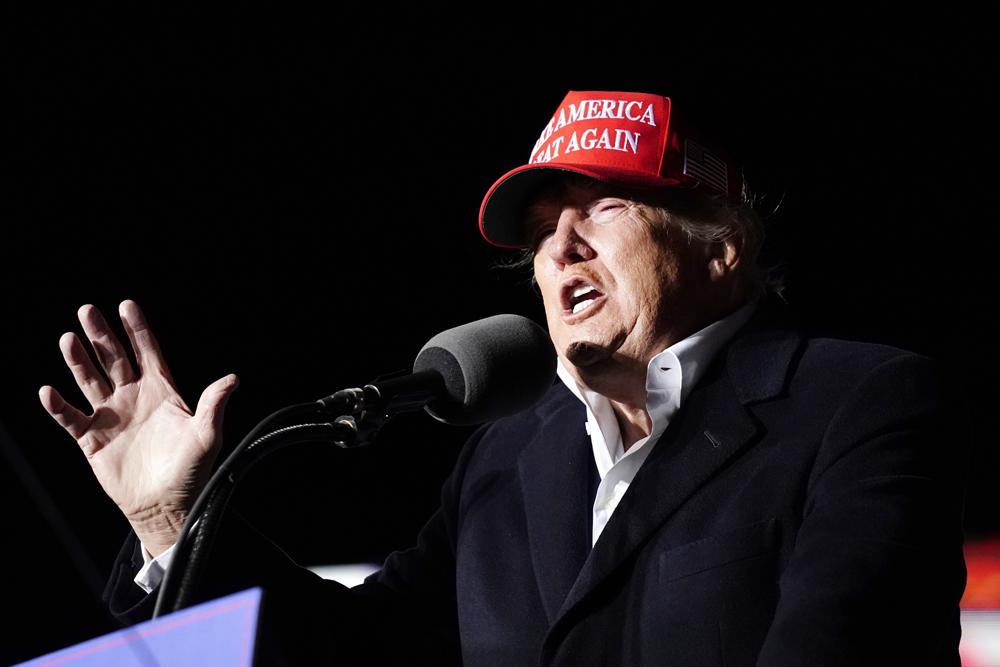 Meanwhile, those surveyed believe Biden will not be the Democratic Nominee for President in 2024.

Former President Donald Trump is still the king of the GOP, per a 2022 CPAC poll.

Without Trump, DeSantis topped the favorability list at 61%. Former Secretary of State Mike Pompeo and Donald Trump Jr. followed in second, collecting 6% each.

A total of 2574 CPAC attendees participated in the poll. CPAC — the Conservative Political Action Conference — is a four-day gathering of conservative leaders, figures and supporters.

The poll also surveyed GOP voters on what issues they deem “most important.” Election integrity ranked top of the list with 49%.

Trump maintains voter fraud cost him the election against Biden, an assertion backed by little — if any — evidence. At CPAC on Saturday, he described the 2016 election as the “crime of the century.”

According to the poll, 90% of those surveyed believe “there was voter fraud in the 2020 election that helped Joe Biden win the presidential campaign.”

CPAC attendees, however, believe the Democratic party will move forward without Biden in 2024.

The majority think former Secretary of State and presidential contender Hillary Clinton will run again in 2024.

The majority of CPAC attendees disapprove of a U.S. military intervention in Ukraine and view Biden as a greater threat to America than Russia and China.

previousFence being reinstalled around U.S. Capitol for Joe Biden speech