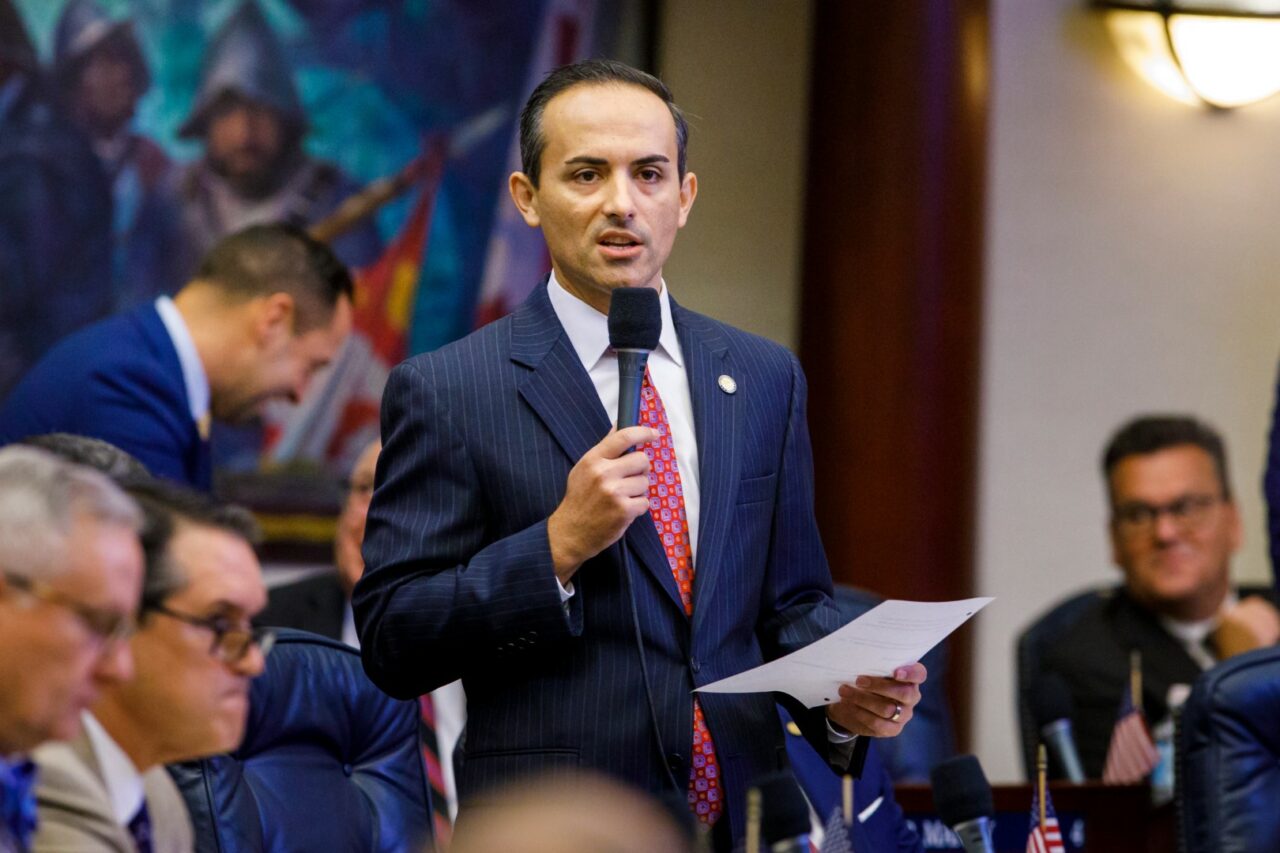 'Today we join free people everywhere to stand in solidarity with the Ukrainian people.'

The measure holds that the Florida House “formally condemns the invasion of Ukraine by President (Vladimir) Putin and the Armed Forces of the Russian Federation and stands in solidarity with the Ukrainian people in their right to freedom, democracy and the ability to defend themselves against baseless and tyrannical hostility.”

Zika, an immigrant from Kosovo, spoke from personal experience about the threat Ukrainians face against Putin.

The resolution details the invasion, describing it as a premeditated, full-scale assault in Ukrainian territory in “the largest military operation in Europe since the end of World War II.” The war has displaced more than 500,000 civilians, according to the resolution. The U.N. has also reported more than 200 civilian deaths since Russia began its invasion on Feb. 24.

“The Russian Federation’s act of war against an independent and sovereign nation threatens peace not only in the region but across the entire international community,” the resolution reads.

During his opening remarks, Sprowls recognized Anastasiia Vlasenko, a Ukrainian FSU doctoral student, and her family in the House Gallery. Vlasenko has expressed concern about the welfare of her friends and family overseas in Ukraine.

Sprowls also noted that last Session, the Florida House declared Russia a “foreign country of concern” in an effort to halt their influence on Florida’s research institutions and corporations. He said Russia’s recent actions validate those steps taken last year.

“Today the Florida House unequivocally condemns the unwarranted and unprovoked act of aggression by Russia against the free people of Ukraine. Their actions are reprehensible and indefensible,” Sprowls said. “Today we join free people everywhere to stand in solidarity with the Ukrainian people.”

Longwood Republican Rep. Scott Plakon, a prime co-sponsor of the resolution, is of Ukrainian descent and spoke on the matter when hearing the resolution.

“As one of 42,000 Ukrainian Americans living in the state of Florida, I am thankful for the irrefutable opposition our House of Representatives is proclaiming against the unprovoked and baseless attack by Russia that has resulted in thousands of senseless deaths and injuries to innocent Ukrainian citizens,” he said.

The House resolution condemning the actions of Putin comes two days after Gov. Ron DeSantis spoke publicly about the matter for the first time after garnering criticism for his silence. In his statement, the Governor ridiculed Russia’s effort, extolling Ukrainians. He also blamed President Joe Biden and praised Donald Trump.

DeSantis said Putin miscalculated what it would take to conquer Ukraine because Putin read too much into what the Governor said was Biden’s appearance of weakness.