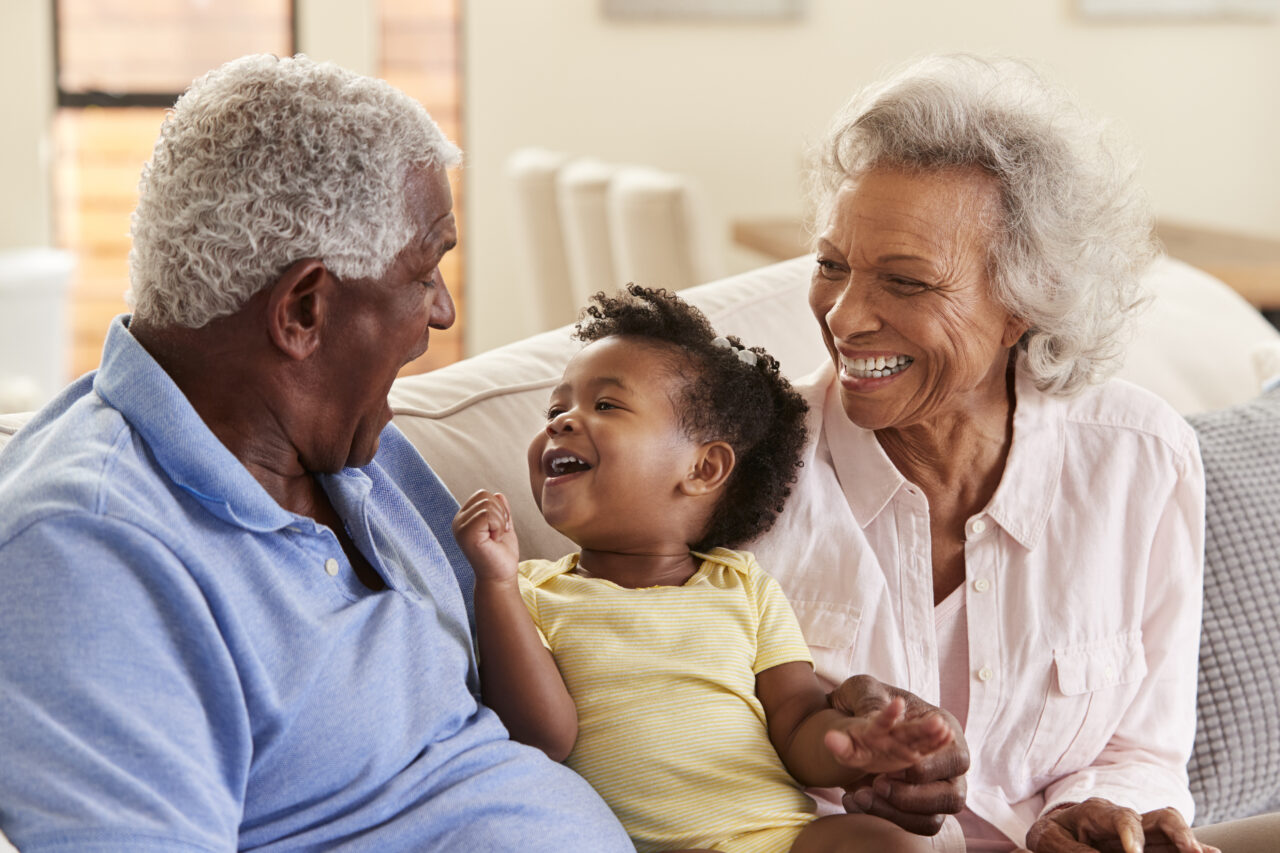 'This was a group effort, built by a community of people.'

Like many of us, lobbyist Jeff Johnston spent much of his childhood with his grandparents. His grandfather was from Sicily, had strong opinions, and was steadfast in his conviction that family always came first. To Jeff’s grandfather, it was one’s responsibility to protect the connections and bonds between family at all costs.

Those beliefs took root and would come full circle to serve Johnston decades later, as he lobbied the Florida Legislature with partner Amanda Stewart.

The issue: expanding the rights of Florida grandparents to connect with their grandchildren following tragedy — an effort inspired by the 2014 murder of FSU law professor Dan Markel that left his two young children estranged from his grieving parents, even after his ex-wife Wendi Adelson and members of her family were named by law enforcement as co-conspirators in his killing.

Under Florida law, Markel’s parents could not even petition courts to seek visitation with their grandchildren, which led allies — including my friend Karen Cyphers — to seek a legislative remedy. Karen asked me who could help get a tricky issue across the finish line, and my answer was immediate: Johnston & Stewart.

Simply stated, these two have the minds, hearts, and connections to navigate the complexity of this issue.

And they didn’t disappoint.

Today, the Senate unanimously passed what has become informally known as the “Markel Act” — HB 1119 by Rep. Jackie Toledo and companion SB 1408 by Sen. Keith Perry, marking one of this Session’s major bipartisan victories. The House bill passed with a vote of 112-3.

It wasn’t easy. Along the way, there were constitutional concerns, complexities relating to access to courts and parental rights, and the challenge of drafting language that could relate to various but unique circumstances.

“We had been workshopping language for close to two years — it was challenging and elusive.” Cyphers shared. “Jeff and Amanda weren’t intimidated. They were confident that if we brought in the right minds, there would be a path forward.”

Ultimately, the duo brought in House Speaker Chris Sprowls — former prosecutor and policy wonk — who identified an approach that could satisfy all these competing needs. In this solution, grandparents would be granted the right to petition courts for visitation in cases where one co-parent was found culpable by a civil or criminal court in the deceased parent’s death.

For Sprowls, the motivation was clear. “When a child loses a parent, it is tragic. They shouldn’t be doubly grieved by losing a relationship with their grandparents too,” Sprowls said. “This bill opens a legal path for visitation for grandparents in the event a surviving parent is found legally responsible for the death of the other parent while preserving the surviving parent’s rights. It’s long overdue.”

“Speaker Sprowls has an unmatched ability to identify the nuance in a policy problem and troubleshoot solutions,” said Stewart. “He did that with us here, and it was the breakthrough we needed.”

“This was a true group effort, and we’re also grateful to Senate President Wilton Simpson, who is a grandfather himself, who shepherded the bill through the Senate to get to the finish line,” Johnston said.

Simpson spoke of his support for the measure: “Every child is precious, especially our own, but there’s something very special about grandchildren. As a grandparent myself, I can’t imagine the pain of losing a child and then being cut off from your grandchildren. This bill provides grandparents, who have already faced the death of their own child under horrific circumstances, the opportunity to petition for basic visitation rights with their grandchildren.”

This kind of challenge isn’t new to Johnston & Stewart. They thrive on it.

“This was an issue that we immediately became passionate about and wanted to make sure we were successful in advancing, working with Karen, to make sure the Markels could one day see their grandchildren,” Johnston shared. “This was an awful wrong to be righted, and we just bled for the Markels. We are parents, we are grandchildren — and this was a mission we became extremely committed to.”

“This was a group effort, built by a community of people. To the lawmakers and their staff who took charge this year, including Speaker Chris Sprowls, President Wilton Simpson, Rep. Jackie Toledo, Sen. Keith Perry, and Sen. Lauren Book, thank you. I’m grateful to Karen Cyphers for initiating the process and for her spirit and persistence. I am forever thankful to Jeremy Cohen for attending the bill hearings to represent our family and his friendship with Dan. So many others lent their advice and attention, including Jason Solomon for founding Justice for Dan. This online community has provided enormous support for our cause. We cannot forget the media coverage from Karl Etters and William Hatfield of the Tallahassee Democrat, Julie Montanaro of WCTV, Peter Schorsch of Florida Politics, and others at WTXL and WFSU. And, to our wonderful lobbyists, Jeff Johnston and Amanda Stewart, we will always remember and cherish their tireless efforts and dedication.”

In debate on the bill, Sens. Book and Darryl Rouson offered gratitude for the effort, and Sen. Dennis Baxley provided decisive support: “Granddad thinks this is the best deal all Session that we’ve done,” he said. “This is a relationship that is much needed, much valued, and you have preserved it.”

While HB 1119 heads next to Gov. Ron DeSantis, Jeff and Amanda turn to tackle their next big project.

And whatever that is, we’ll be watching.