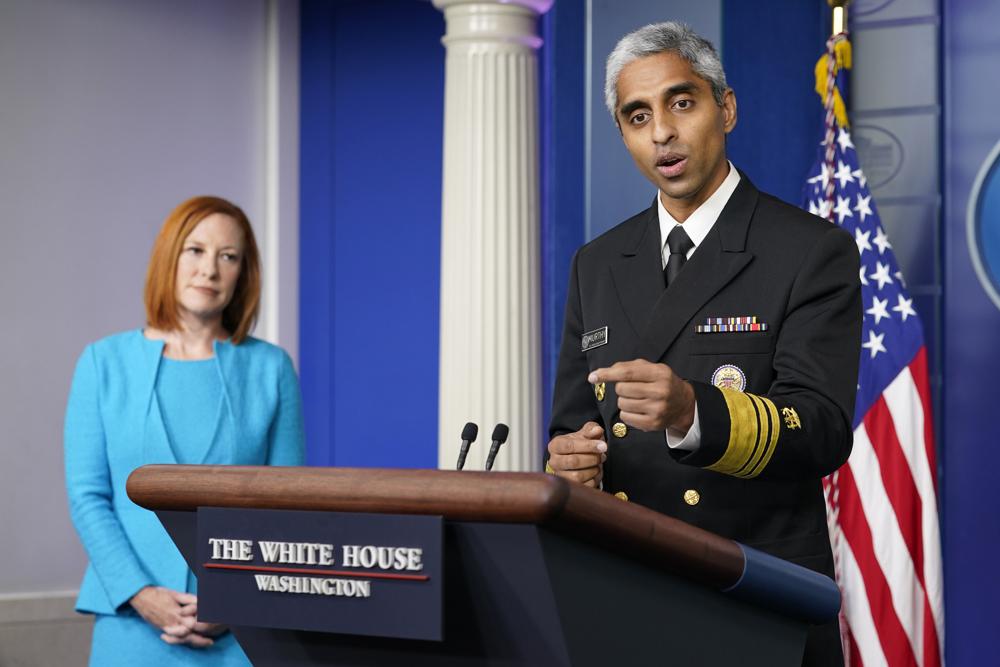 The White House takes another swipe at a measure critics dub the 'Don't Say Gay' bill.

Another member of the Joe Biden administration is raising concerns about Florida’s newly-passed Parental Rights in Education legislation, saying it could harm the youth it purports to protect.

The bill bans discussion of sexual orientation and gender identity in kindergarten through third grade and requires that discussion of such topics be age-appropriate and developmentally appropriate in all other grades.

In a series of tweets Monday, U.S. Surgeon General Vivek Murthy raised the concerns from the Biden administration.

“Learning that people are different and that not all families look the same — these are important lessons that start early in life, including in school. They help create a society based on understanding and respect. They help children know they belong even if they are different,” Murthy added, before invoking his own outsider experience in the Sunshine State.

“I grew up in Florida and am a proud graduate of the public school system. As a kid who often felt I didn’t belong, it helped tremendously when teachers openly discussed our different backgrounds. This built understanding and reduced shame,” Murthy related, before returning to the current situation.

“LGBTQ+ youth also deserve such proactive support. Preventing or criminalizing efforts to foster such understanding hurts kids & families. It shuts down dialogue instead of nurturing healthy conversation. And it sends a signal to LGBTQ+ youth that they are not fully accepted,” Murthy added.

“Parents across the country are looking to national, state, and district leaders to support our nation’s students, help them recover from the pandemic, and provide them the academic and mental health supports they need,” said U.S. Secretary of Education Miguel Cardona. “Instead, leaders in Florida are prioritizing hateful bills that hurt some of the students most in need.”

If the bill is signed into law, it is effective in July. There is little doubt that Gov. Ron DeSantis will sign it given that it has become increasingly central to his administration’s messaging.

“We’re going to make sure that parents are able to send their kid to kindergarten without some of this stuff injected into their school curriculum,” DeSantis said during a press conference last week.

The political side is making bank off the stance also.

“Woke Disney is now echoing Democrat propaganda and falling for the corporate media’s phony hysteria over a Florida bill that sensibly prohibits K-3rd graders from being indoctrinated with transgenderism and R-rated lessons about sexuality,” DeSantis asserted in an email last week. The message to political supporters trumpeted his standoff with the Disney company over the legislation.

And staffers are getting in on the act, too.

Florida officials — including the Governor’s press secretary — will take part in an online forum hosted by a convicted participant in the Jan. 6 riots at the U.S. Capitol.

Straka was convicted of a misdemeanor for disorderly conduct at the Capitol, as part of the mass protest and attempted mob preemption of the certification of the 2020 presidential election.

The Associated Press and Jacob Ogles of Florida Politics contributed to this report.

previousGov. DeSantis: 'A lot of nursing homes will be very, very happy' after 2022 Session