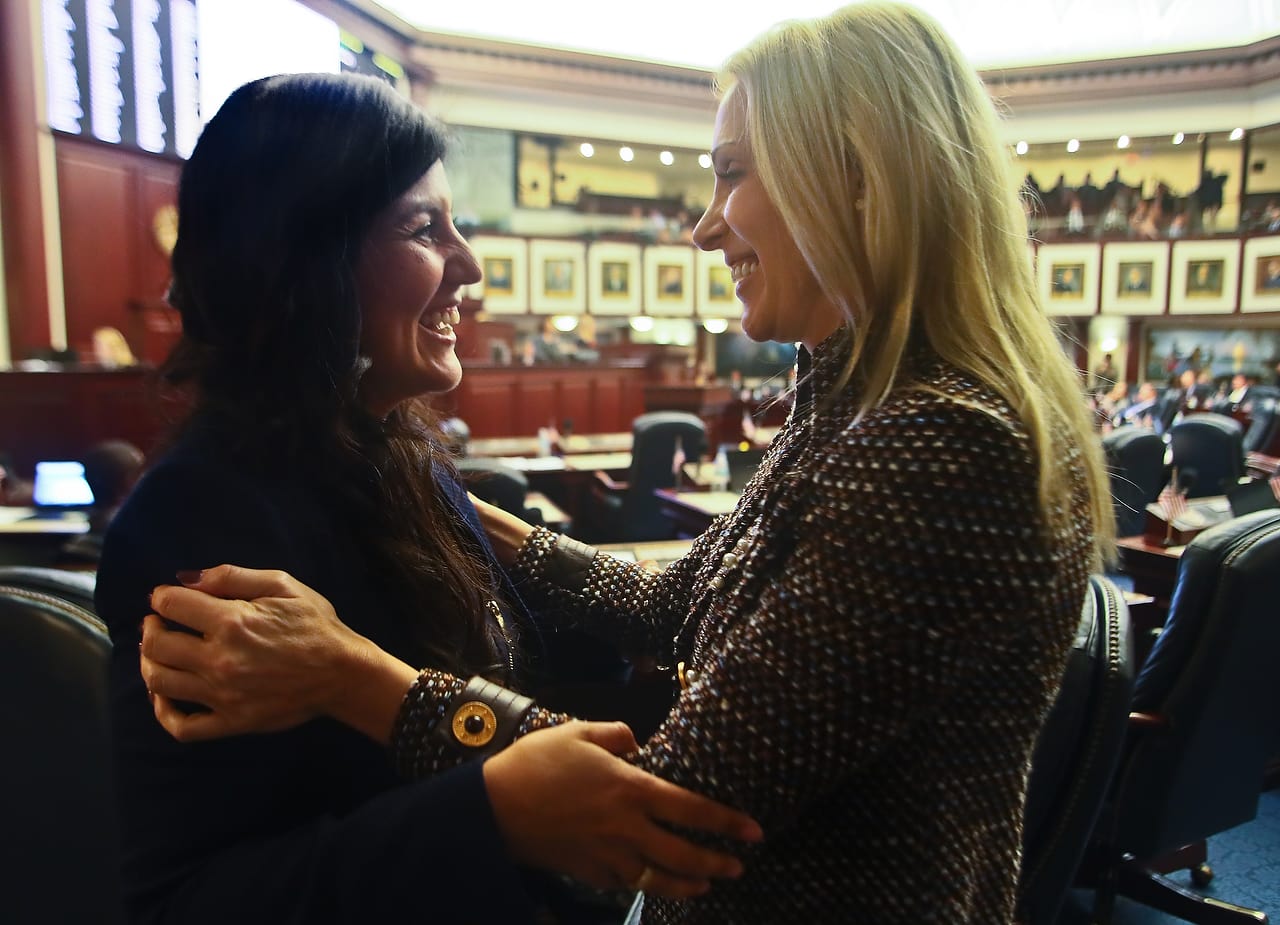 What would March in Tallahassee be without a little legislative necromancy?

An anti-human trafficking measure championed by Tampa Republican Rep. Jackie Toledo once thought to be dead could take effect soon after being revived on the penultimate day of Florida’s Legislative Session.

Toledo introduced the Human Trafficking Reduction Act (HB 1439) in January as an addendum to anti-trafficking measures she got passed last year. The bill sought to end hourly rates at motels and hotels. The bill also aimed to increase the penalty for a first-time solicitor of sex — taking it from a misdemeanor to a felony — and create a statewide human trafficking data repository at the University of South Florida.

“I said it last year and I will say it again, we want to make sure the message is loud and clear that Florida is closed to human trafficking,” Toledo said when she introduced the bill.

Toledo’s bill seemed an easy pass after receiving unanimous support through three House committees. It was then joined to SB 772, sponsored by Republican Sen. Keith Perry, which set out to “protect a child, a person having an intellectual disability, or a sexual offense victim from harm or abuse that may result from giving testimony in a court proceeding or at a deposition.”

Perry’s bill also received unanimous passage through three Senate committees and even got unanimous passage in a full Senate vote about a month before being joined with HB 1439. The House move to combine the bills meant the Senate needed to give it another vote. But Wednesday, both measures seemed dead as the modified SB 772 wasn’t going to get another vote before the end of Session.

But what would March in Tallahassee be without a little legislative necromancy?

Miya Marcano, a 19-year-old college student, was allegedly murdered by a maintenance worker in her building. The suspect had a violent criminal background, an obsession with her and a master key that opened her apartment, but committed suicide before an arrest was made. Miya’s Law would add tenant protections by requiring apartment owners to conduct criminal background checks on employees who could enter apartments. And it places strict control and tracking of master keys to apartments. The law also would require apartment employees to give tenants at least 24 hours’ notice before entering an apartment, up from the current requirement of at least 12 hours.

Miya’s Law, which was seen as a legislative victory by Democrats this year, also received unanimous support in both chambers. Toledo was able to get the hourly-rates portion of HB 1439 added to Miya’s law before the House vote, sending it back to the Senate where it was again passed unanimously.

Toledo said she was disappointed the measure to increase penalties wasn’t added, but promised to encourage colleagues to take up the fight as she makes a run for the newly drawn 15th Congressional District. Toledo also promised to take her fight against human trafficking to the national stage if she wins the seat.

According the National Human Trafficking Hotline, Florida ranks third in the nation for most of the reports. And the anti-trafficking Polaris Project notes that hourly rates are often a key indicator that human trafficking might be occurring in an establishment.

Miya’s Law will next head to the Governor’s desk.

Jason Delgado and Scott Powers of Florida Politics contributed to this report.