Time again to check the pulse — of Florida health care policy and politics.

Welcome back to Diagnosis, a vertical that focuses on the crossroads of health care policy and politics.

Florida’s Medicaid program — which is funded through a combination of state and federal money — is the primary safety net program for supplying health care to more than 5 million Floridians. The number of residents relying on Medicaid has swelled in the last two years because of the pandemic and the economic dislocation caused by the COVID-19 pandemic.

Any major changes — or a lack of significant changes (such as rejection of Medicaid expansion) — can affect communities across the state. And major changes are in the works, especially if the Joe Biden administration ends the declared public health emergency and states assume more control over their Medicaid rolls.

Those expected enrollment revisions — coupled with plans to overhaul how the state contracts with the managed care plans that run Medicaid — will likely keep the Agency for Health Care Administration (AHCA) and state regulators busy in the weeks and months ahead.

I welcome your feedback, questions and especially your tips. You can email me at [email protected] or call me at 850-251-2317.

The Ron DeSantis administration isn’t talking openly about how it will begin disenrolling people from Medicaid once the public health emergency expires, but a recent survey of 50 state Medicaid programs and Washington, D.C., provides some insights.

When Florida Medicaid officials begin the mammoth task of redetermining eligibility for 5 million Medicaid beneficiaries later this year, they will probably let the calendar serve as its guide. That’s what’s suggested in the results of the 50-state survey conducted by the Kaiser Family Foundation with the Georgetown University Center for Children and Families.

According to federal guidance, states can redetermine eligibility based on population or timeliness. With the former, the state would prioritize redetermination, starting with the people least likely to continue to qualify. With the latter, redeterminations are based on the beneficiary’s renewal month or some other pending action.

The findings from the 50-state survey also show that Florida is not as smart as it could be when it comes to Medicaid applications.

Florida is one of 48 states to make sure the application is available online. But the state only allows access by a laptop or desktop computer. Florida is one of 15 states that haven’t taken steps to ensure that Medicaid applications are accessible through different devices, including smartphones and tablets.

According to the 50-state survey of Medicaid and Children’s Health Insurance Program (CHIP) enrollment policies, 70% of the states have made applications available via smartphones and tablets.

The 2022 survey reflects states’ policies for Medicaid, the safety net program jointly funded by the state and federal government, and CHIP, an expansion program to cover children who live in families that earn too much to qualify for the traditional Medicaid program.

The Medical Care Advisory Committee (MCAC) is slated to have its first meeting since June 2021.

Federal law requires states to have a committee to advise the Medicaid agency director about health and medical care services.

Florida’s MCAC in 2016 adopted bylaws requiring the committee to meet at least quarterly. The meetings are also subject to the state’s public records and public meeting requirements. And, according to the bylaws, an agenda must be mailed to committee members at least five days before the meeting.

Before the onset of the pandemic, the number of meetings had started to dwindle.

A review of the website shows the MCAC met only once in 2019 before the public health emergency and met once in 2020.

The panel met twice in 2021, with its last meeting in June.

Here is the most recent list of committee members. There is no agenda on the MCAC’s website.

While a schedule is not available, the panel will most likely get an update on the state’s Medicaid managed care law, as modified by the Legislature this year. 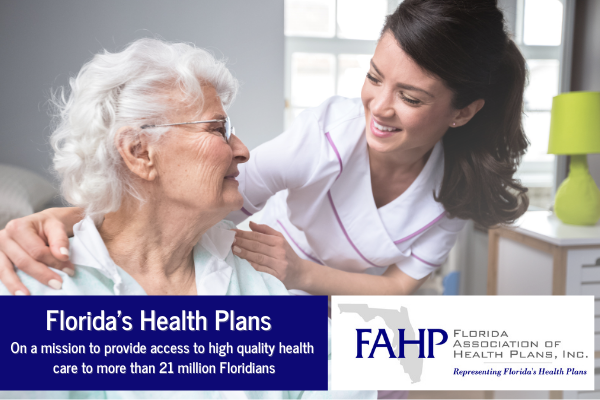 Lawmakers rejected combining current Medicaid Regions 5 and 6 into Medicaid Region C, choosing to keep them separate instead. Florida Politics was told there were concerns about the availability of new supplemental Medicaid payments to hospitals in those regions.

The recently approved Directed Payment Program (DPP) is a supplemental payment program that bridges the difference between Medicaid reimbursement rates and the actual costs of supplying the care. It is funded through local dollars used to draw down federal Medicaid dollars. It’s worth noting that hospitals in Medicaid Region 5 and Medicaid Region 6 did not take part in the DPP this fiscal year.

A priority for AHCA, SB 1950 passed on the last day of Session. The bill has not yet gone to Gov. DeSantis for consideration.

Simply Healthcare has $596,750 in liquidated damages for the year to date, more than any contracted Medicaid managed care plan. Those damages resulted from 13 finalized actions. The Children’s Medical Services managed care plan also has had 13 actions finalized against it year-to-date. 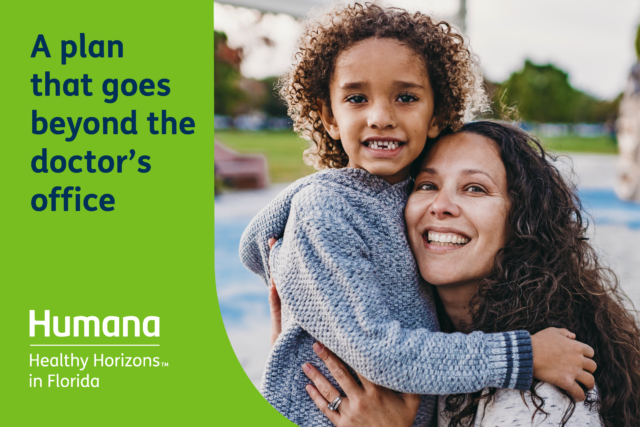 In case you missed them, here is a recap of other critical health care policy stories covered in Florida Politics this past week

Spill the tea — There was no talk during the 2022 Session of what steps the state would take to ensure children do not lose health care coverage after the COVID-19 pandemic. Now, Florida Democrats want assurances that the Gov. DeSantis administration will do its best to ensure children do not become uninsured. Led by Kathy Castor, a Democrat from Tampa Bay, congressional Democrats sent DeSantis a letter Wednesday posing several questions, including whether the state would make its plans public.

Stargel on Stargel — Sen. Kelli Stargel was the Senate’s top budget negotiator in the 2022 Session, which allows her to include funding for programs and initiatives she thinks are the most beneficial for the state. When asked what spending decision made her most proud, Stargel did not hesitate. She named $126 million in recurring general revenue and more than $50 million in a one-time spend for community mental health and substance abuse disorder services.

Ends don’t justify the means — Including funding to help low-income women get long-acting reversible contraception (LARC) makes sense but does not negate the negative impact of legislation to ban abortions after 15 weeks, two Democratic state Senators said. LARC methods do not need to be taken every day, and depending on the type of LARC, they can be effective for anywhere between two months and 10 years. LARCs include injections and intrauterine contraceptive devices that release progesterone hormones into the womb.

Uphill battle? — AARP Florida might be fighting an uphill battle as the organization seeks a veto from Gov. DeSantis for legislation that allows nursing facilities to reduce the minimum number of nursing hours provided to residents daily.

Aside from the coverage on Florida Politics, these stories are worthy of your time.

“Boosted is best” via the Centers for Disease Control and Prevention — Receiving two or three doses of an mRNA COVID-19 vaccine was associated with a 90% reduction in risk for COVID-19 — associated IMV or death. Receiving three mRNA vaccine doses during the period of omicron predominance offered a 94% reduction.

“The South’s health care system is crumbling under COVID-19. Enter Tennessee” via Daniel Payne of POLITICO — By the time COVID-19 hit Haywood County, it was too late to prepare. The rural county in the Tennessee Delta, near the Mississippi River, had its health care system ground down in the years leading up to the pandemic: Ever since the 84-year-old Haywood County Community Hospital closed its doors in 2014, the numbers of doctors and other health care professionals dwindled. Residents who once were on a first-name basis with their care professionals were left to book appointments at facilities miles from where they’d raised their families and grown older.

“UF study: Weight loss telehealth intervention as effective as in-person programs” via the University of Florida — Participants in a behavioral weight loss program that transitioned to a remote format during the COVID-19 pandemic lost about the same amount of weight as participants in previous in-person programs, finds a new University of Florida study published in the journal “Obesity.” The findings have important policy implications, says lead investigator Kathryn Ross, an associate professor in the department of clinical and health psychology at the UF College of Public Health and Health Professions, part of UF Health, the university’s academic health center. 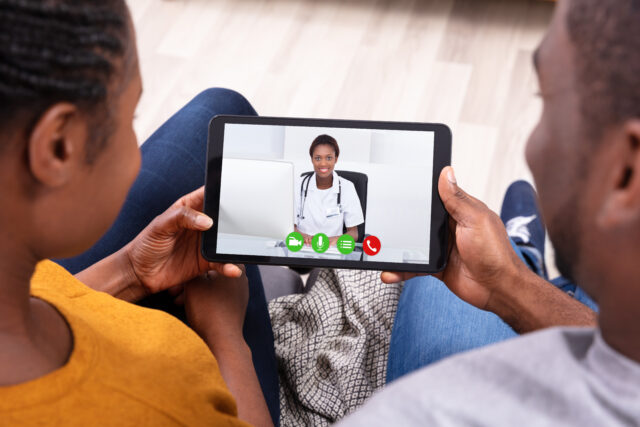 “HIMSS 2022: To retain staff, health systems need more insight into workers’ needs and career goals” via Dave Muorio of Fierce Healthcare — As numerous hospitals and health systems across the country scramble to offset a pandemic-fueled labor crisis, experts encouraged organizations to invest more into understanding and meeting the needs of their existing employees.

“‘Lift your neighbor’: Florida doctor discusses women’s impact in the operating room” by WKMG Click Orlando — In a time when women became nurses and men became doctors, Dr. Claudia Mason began her career as a gynecologist. In the last 15 years, Mason said not only has she has seen a lot of more women in the medical field, but it’s become predominately female. 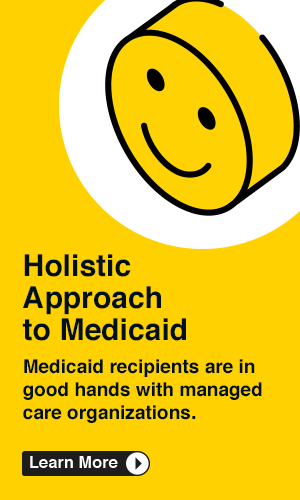 Dorothy Graves was named assistant vice president and associate director for administration at Sylvester Comprehensive Cancer Center at the University of Miami Miller School of Medicine.

The Andrews Institute Ambulatory Surgery Center (AIASC) has earned the advanced orthopedic certification from the Accreditation Association for Ambulatory Health Care. The exclusive designation makes AIASC one of only 16 stand-alone surgery centers in the United States to earn the certification.

“We’re so proud of this achievement,” said Tammy Jarvis, interim administrator at AIASC. “It represents a great deal of hard work and dedication to ensuring we provide the best possible patient experience. That remains our most important goal, which confirms we’re hitting our mark.” Baptist Health Care and renowned orthopedic surgeon Dr. James Andrews founded the AIASC in 2007.