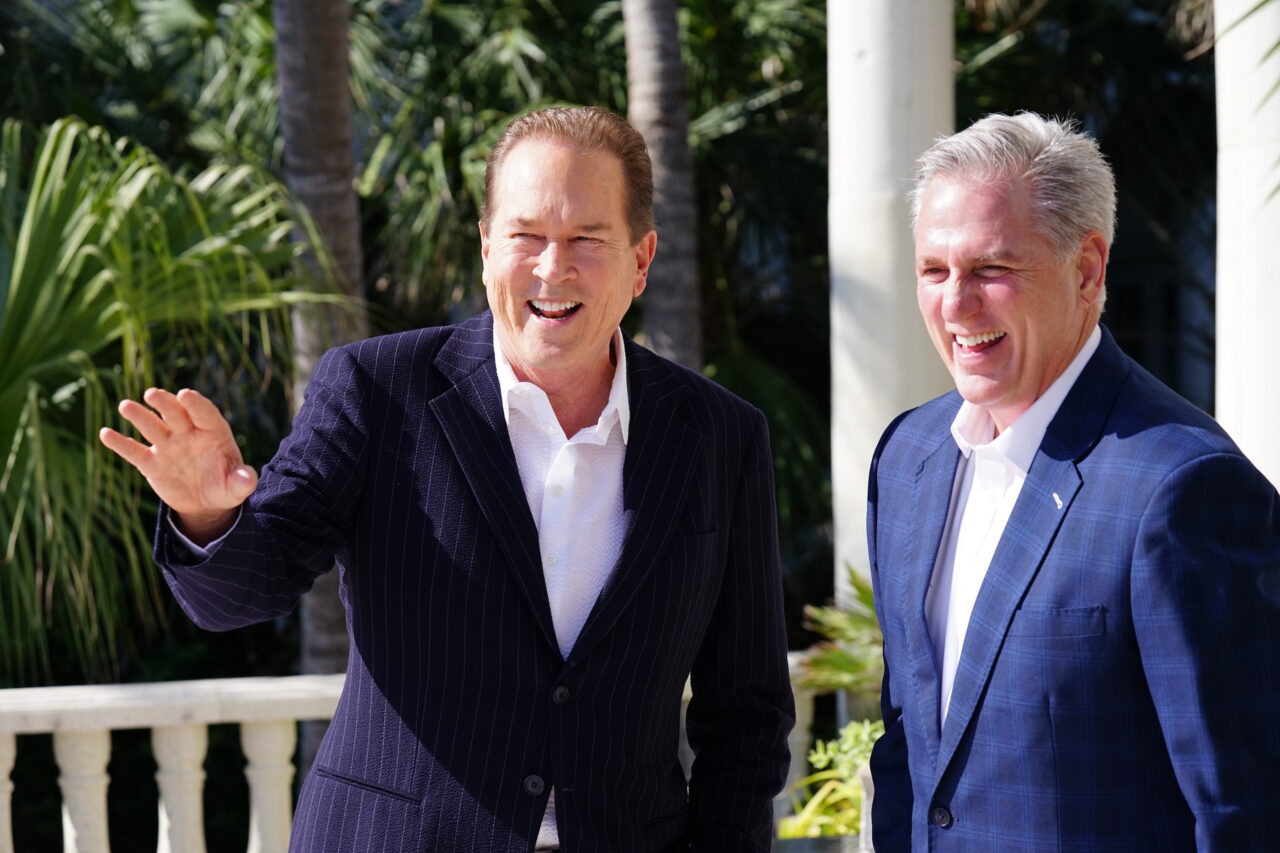 Minority Leader Kevin McCarthy was among the congressional leaders at the Saturday event.

An overflow crowd attended the Saturday event, which raises dollars for the National Republican Congressional Committee (NRCC). The amount raised surpassed a goal of $1 million announced in advance.

The overperformance comes as Buchanan vies to chair the House Ways and Means Committee. With Rep. Kevin Brady, the current ranking Republican on the panel, retiring at the end of his term, Buchanan will be the senior-most GOP member of the most powerful committee in Congress.

But he’s only in contention to lead the committee if Republicans can control a majority of seats in the next Congress following the midterms. The success of the Saturday fundraiser left Buchanan as confident as ever that it will happen.

“We all have one collective goal,” Buchanan said, “and that is to fire Nancy Pelosi.”

Also in attendance at the event was House Minority Leader Kevin McCarthy, who likely will replace Pelosi as Speaker of the House if Republicans find success this November. With President Joe Biden suffering in the polls amid inflation and international unrest, McCarthy sees an opportunity in the fall.

“We’ve got five seats away from the majority,” McCarthy told attendees. “I’ve never seen the climate in a better place for Republicans.”

Buchanan and McCarthy were both first elected to the House in 2006, and Buchanan called the prospective Speaker a “visionary leader.” McCarthy, in turn, described Buchanan to partygoers in glowing terms.

“There’s one person who knows business better than everybody else,” McCarthy said. “So, when somebody talks about what would happen if you change the tax code and what it would take to create a job, this (Buchanan) is a guy who does it every single day.”

More bluntly, when asked about the likelihood of Buchanan chairing Ways and Means, McCarthy said the gavel was “his to lose,” though he noted the GOP steering committee in the House will hold final say. McCarthy also name-checked Buchanan’s wife, Sandy, for supporting her husband over 45 years of marriage, and praised his son, state Rep. James Buchanan, who was also in attendance.

“We have more female and Hispanic Republicans seeking office than ever before,” he said.

That certainly includes the crop of Republican candidates in Florida where the NRCC is resting hopes. This election cycle, U.S. Reps. Carlos Giménez and María Elvira Salazar, both Miami Republicans, must defend seats they flipped red by defeating Democratic incumbents last November.

A number of other members of Florida’s congressional delegation attended the event, including Reps. John Rutherford and Michael Waltz. Rep. Jim Banks of Indiana, the Republican Study Committee chair, also attended, as did Reps. Ron Estes of Kansas, Scott Fitzgerald of Wisconsin, French Hill of Arkansas, John Katko of New York, Dan Newhouse of Washington and Ann Wagner of Missouri.

Former Rep. Ileana Ros-Lehtinen, a Miami Republican, attended as well, as did former Rep. Dennis Ross, who just filed to run for Congress again this cycle. Former Ways and Means Chairman Dave Camp also was at the event.

nextDiagnosis for 3.28.22: Checking the pulse of Florida health care news and policy