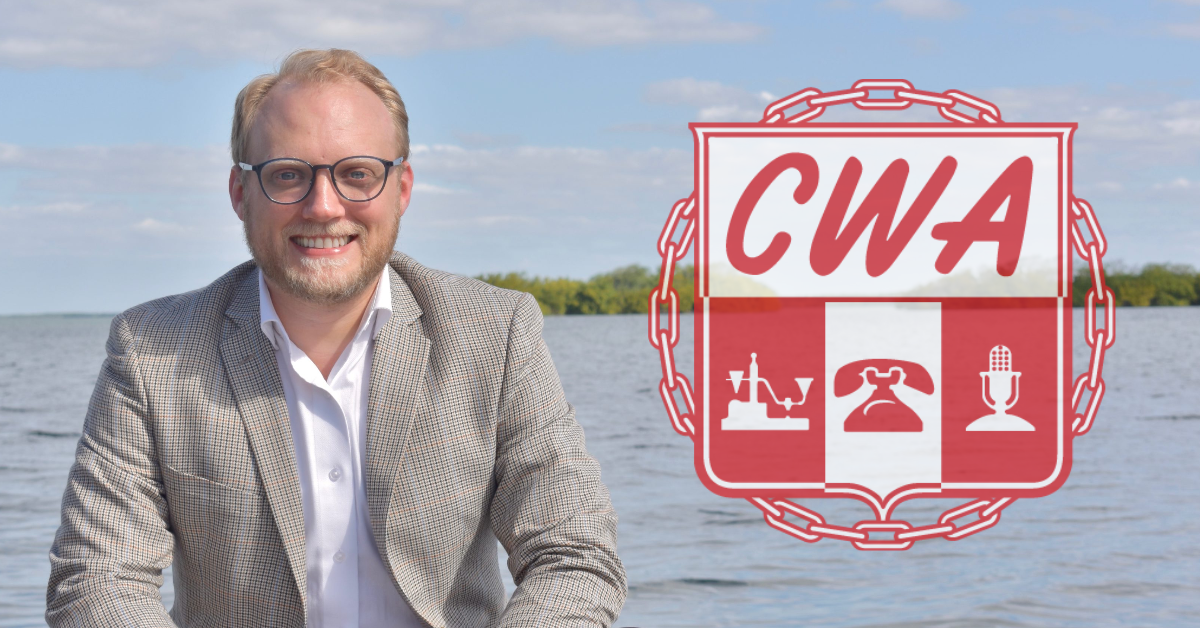 ‘We support Dan because we know he supports us.’

Democratic candidate Dan Horton-Diaz’s bid to supplant Republican Rep. Jim Mooney in House District 120 now has support from one of the largest communications and media labor unions in the nation.

Horton-Diaz’s campaign announced an endorsement from the Communications Workers of America (CWA), including the backing of CWA Local 3122 and CWA Local 3177. The two local chapters are based in South Miami-Dade County and represent AT&T workers and Florida Keys Aqueduct Authority workers.

“I’m extremely proud to have CWA’s support and endorsement,” Horton-Diaz told Florida Politics. “CWA has been a leader on advocating for workers’ rights, and I look forward to fighting the good fight with them in Tallahassee.”

At large, the CWA represents between 640,000 and 700,000 workers in 1,200 chartered local unions across a passel of industries, including telecommunications, customer service, media, airlines, health care, public service, education, manufacturing and tech. The organization is a member of the AFL-CIO.

More than 18,600 CWA members reside in Florida, according to the Center for Union Facts.

CWA Senior Legislative and Political Lead Curtis Hierro said his organization has been able to count on Horton-Diaz as both a candidate and high-ranking staffer for state and federal lawmakers.

“Dan has been an ally of labor in every stage of his career,” Hierro said in a statement. “We are committed to helping him become the next state Representative in District 120.”

“We know Dan in this community,” he said. “He has consistently shown that he understands our local issues and will fight for our workers that are the backbone of the Florida Keys and South Dade economy.”

Local CWA members are prepping to campaign on behalf of Horton-Diaz, according to CWA Local 3177 President Ernesto Cabrera.

“Our members are prepared and ready to knock on doors, make calls, and let everyone in our district know that Dan is the right man for the job,” he said. “We support Dan because we know he supports us.”

As of Feb. 28, Horton-Diaz and Gentle were neck-and-neck in fundraising.