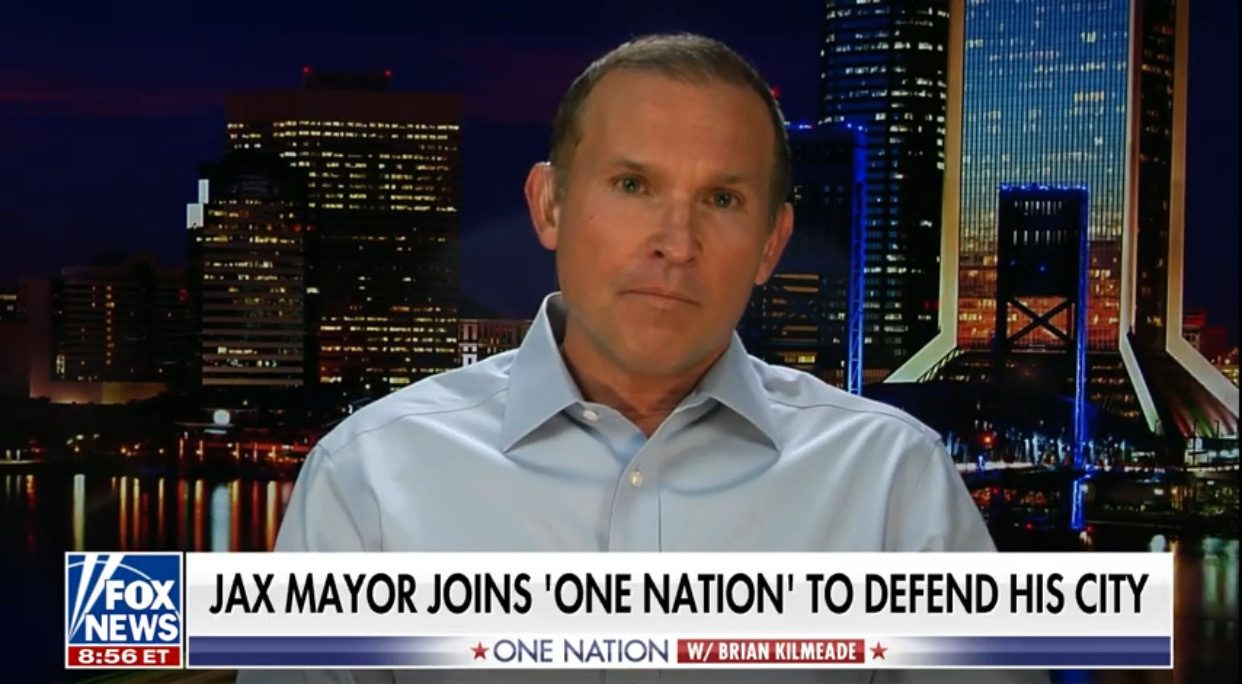 "You were spot on. There's a lot of unfulfilled potential downtown."

The ongoing back and forth between a Fox News host and Jacksonville’s Republican Mayor found its way onto national television Saturday night.

Lenny Curry was on the Brian Kilmeade show to address Kilmeade’s comments on a recent Fox and Friends episode that Jacksonville is a “mess” and needs a “rebuild.” Curry acknowledged “unfulfilled potential” of the city, blaming previous leadership and City Council for decisions along the way.

Kilmeade had not let the subject die in wake of pushback from locals in recent days before the pretaped phone interview aired Saturday night, saying on Fox and Friends’ Saturday edition that the city would lose the Jaguars if they didn’t take action, after redoubling attacks on his radio show during the week.

“A lot of people did get upset. Very proud. The people of our city are proud of what they have.”

Curry then said Kilmeade was “spot on” and admitted to “unfulfilled potential” downtown, blaming some of it on decisions made before his time.

“When I got into office in 2015, I inherited $2 billion in pension debt that had been ignored. It was crippling our budget. There was no money to spend on Downtown or for infrastructure around the city. I put forth a plan to reform that. We solved that problem,” Curry said, referring to a half-penny sales tax extended to finance restructured debt from defined benefit pensions that were available to city employees hired before 2016.

“We’ve been doing things downtown to prepare it for development. Old buildings that had to be knocked down that had been neglected and left behind. The Jacksonville Landing that was not a good use anymore. Another condo that collapsed over a decade ago left on the waterfront that I was finally able to take down,” Curry added, referring to the demolition of the Berkman 2 tower earlier this year.

“These are things that are preparing for major development on our riverfront. And we now have the funds to do it,” said Curry, who has a little more left in office before he is termed out in 2023.

Kilmeade also lamented the barren gameday scene near the stadium, wondering if there was “stuff in the works” with Jaguars’ owner Shad Khan, whom he described as “the nicest guy and the richest owner in the NFL.”

Curry noted that the Four Seasons and other “projects” are “in the works with him,” and lamented the collapse of the Lot J deal, which would have built an entertainment complex near the stadium but did not get the requisite supermajority support. 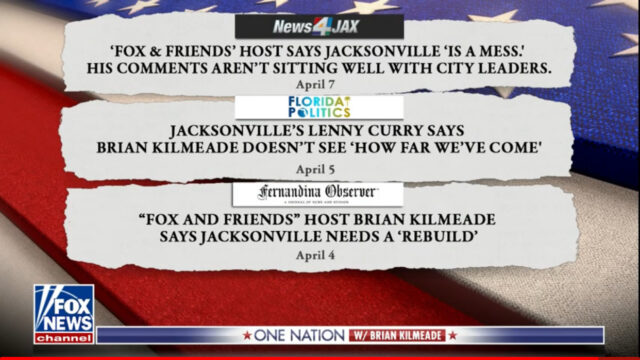