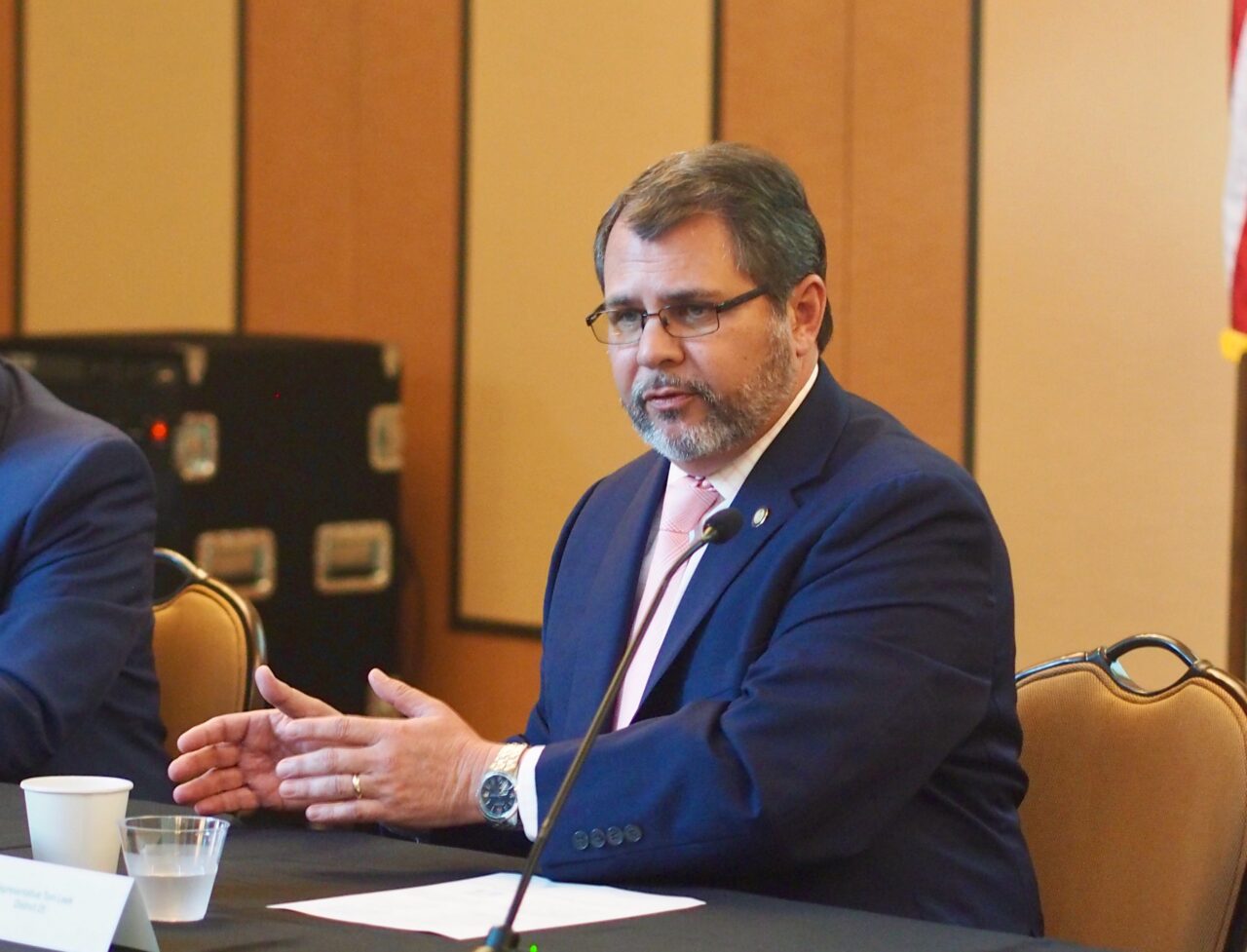 'The compromise map will be part Governor's map and part legislative map.'

He also said he expects the Legislature to approve a map next week that would be “part Governor’s map, and part legislative map.”

At first, Leek vowed — half-jokingly — that he would decline to talk about redistricting. The Legislature begins its Special Session Tuesday and he plays a central and sensitive role as Chair of the House Redistricting Committee.

But he didn’t back down entirely.

“I think this narrative that it (mapping) is the Legislature’s sole role has never been true,” Leek told the Volusia Chamber. “I think people mistake our obligation with our role. The Legislature’s obligation is to make sure the new maps come out. That’s their obligation. The Governor has always had a role in that process.”

Earlier this week, House Speaker Chris Sprowls and Senate President Wilton Simpson announced the Legislature would not try again to create a new congressional map. Instead, they said they would allow DeSantis to offer a map after the Governor, insisting on his own plan, vetoed the earlier map drawn up by the House.

DeSantis submitted his new map Wednesday and the Legislature is to consider it during a four-day process next week.

The move drew heavy criticism, including charges that the Legislature was abdicating its constitutional role — charges Leek set out to refute. Some Democrats are talking about boycotting a Special Session they say has been reduced to rubber-stamping the Governor’s plans.

Earlier Thursday morning, Leek said he believes up to a dozen of the 28 districts on the map the Governor proposed Wednesday were districts borrowed from the House’s earlier map, creating a hybrid cartograph.

“I expect we will have reached a final agreement with the Governor on what the map should look like,” Leek predicted of next week’s Special Session. “I think that the compromise map will be part Governor’s map and part legislative map, and we will be able to pass that.”

He also said he expects the state to be sued over the final product, saying that opponents’ legal challenges are inevitable, regardless of what is produced.

“But I expect from a legislative role, from a Governor’s role, we will be able to move these through next week and we will all lock arms,” Leek concluded.