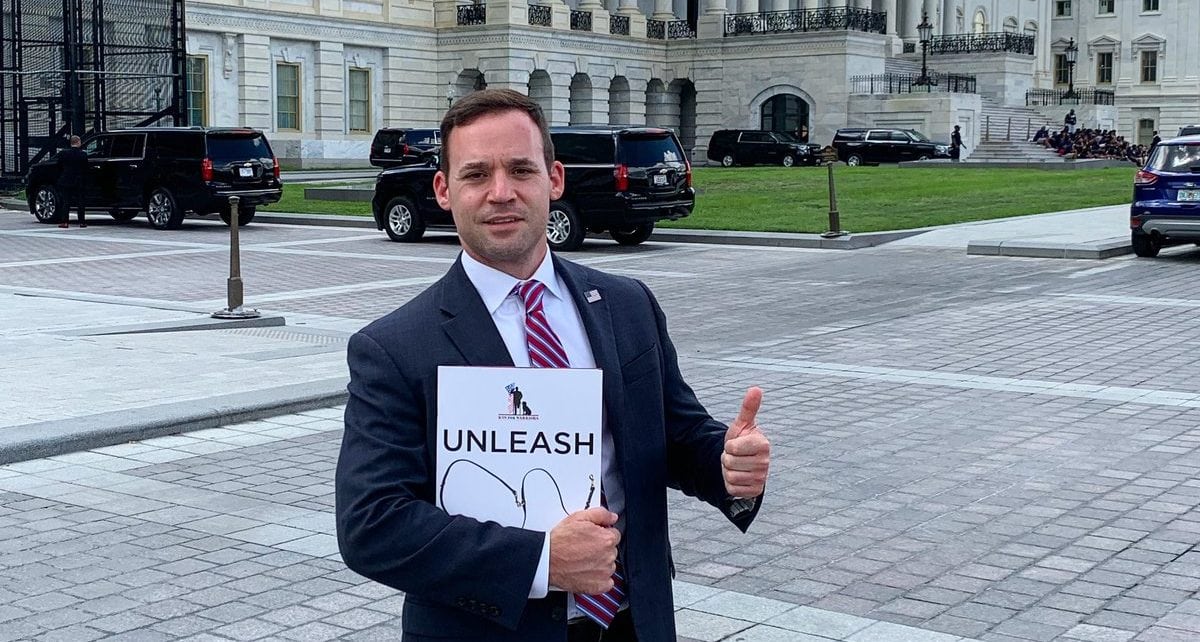 Potential candidates continue to explore running for Congress in a new Jacksonville-area seat that favors Republicans.

Jacksonville City Councilman Rory Diamond is considering a run for the new district in Northeast Florida that includes Clay, Nassau, and northern and western Duval County, which was passed by the Legislature this week (P 0109).

Diamond represents the District 13 seat on the City Council, which includes the Jacksonville Beaches. Indications are that if he does get in the race in the new 4th Congressional District, it will be with big-name national backing.

Diamond, who runs the K9 for Warriors charity, told Florida Politics Thursday evening that he has had “a lot of good calls in the last 48 hours.”

“We’ve got what we need to win,” Diamond said.

Diamond stoked this outlet’s speculation with a retweet of a less-than-cryptic post from Richard Grenell, the former Acting Director of the United States National Intelligence during Donald Trump’s presidency.

“Rumors of a possible new candidate for Congress in the new Florida 4 seat have me ready to clear my schedule to campaign for him. I’m saying a prayer he decides to jump in and make history.“

Thus far, no major candidate has officially announced a run for the new seat, although state Senator Aaron Bean said he is “exploring” a run.

The new CD 4 will replace the current Florida’s 5th Congressional District, which sprawls to Gadsden County from Jacksonville’s Urban Core. And unlike the current CD 5, a minority access district represented by Democrat Al Lawson, it is drawn for a Republican outcome, in what the Governor has called a “race-neutral” approach to mapmaking.

Nassau, Clay and Duval County areas north and west of the St. Johns River are included in the new district. Donald Trump carried the district by 7 points in 2020, and Ron DeSantis by 5 points in 2018.

Growing Clay County will make up 44% of GOP Primary voters. Duval will account for 35%, and Nassau 21%.

Bean, who lives in Nassau, has already telegraphed some expected endorsements. He is expected to draw on early support from Clay County (including former Sen. Rob Bradley and future House Speaker Sam Garrison) and from Duval County (Property Appraiser Jerry Holland). Sen. Travis Hutson is also on board.

One contrast between Bean and Diamond: experience. Bean has run for and held offices since the 20th Century. Diamond was elected to the City Council three years ago without opposition, so he has never run a contested campaign.

State Rep. Jason Fischer, who lives on Jacksonville’s Southside, is also exploring a run. He is a current candidate for Duval County Property Appraiser.

One major Republican contender ruled out a run Thursday.

“After some time to reflect, I will continue to serve Jax as Mayor until the end of my second term,” Jacksonville Mayor Lenny Curry said.

Curry appears to be looking to play kingmaker.

“Because the new congressional seat is important for the city’s future, I will meet with prospective candidates, offer my support, and encourage others to support the Republican I believe is best positioned to help us achieve our city’s best future,” Curry tweeted. “This Primary will be brutal. Well, it should be. My default is always to stand against a lifetime in elected office.”