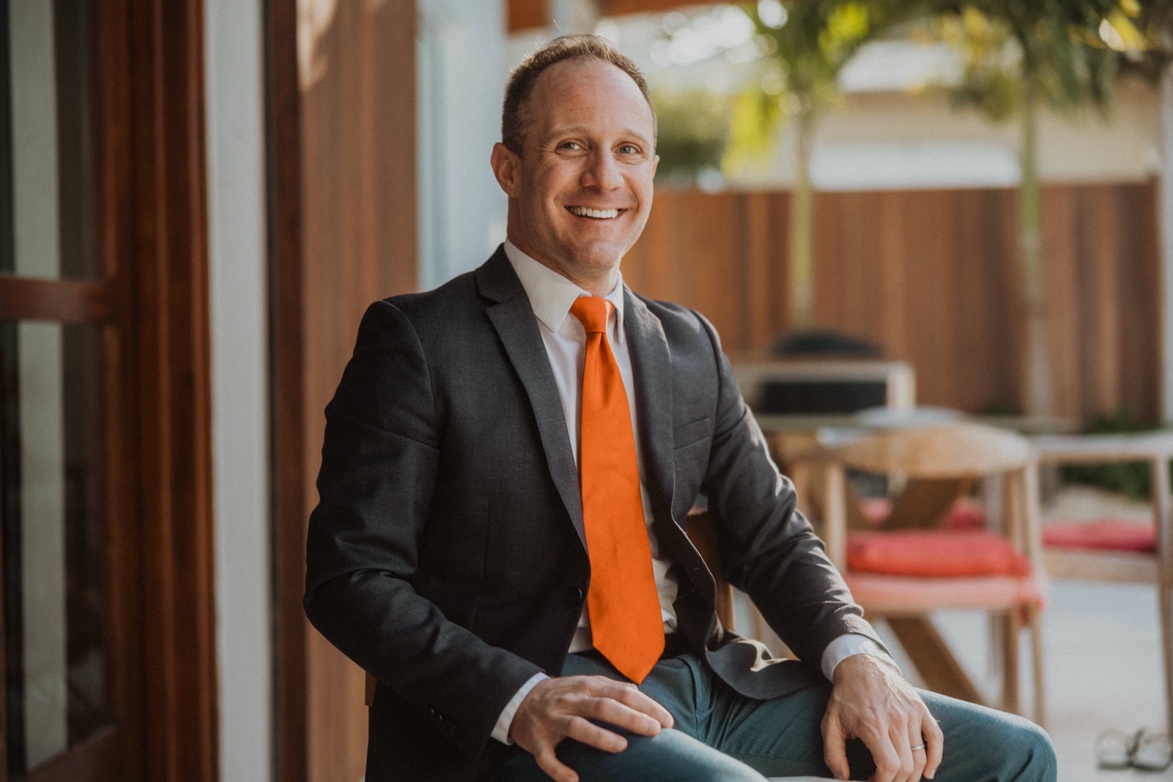 So far, he has fully forgone taking corporate campaign contributions.

Democratic lawyer Adam Gentle again eschewed corporate donations in March, when he amassed more than $15,000 toward his bid for Florida’s southernmost House District.

By the end of the month, he held about $53,500 between his campaign account and political committee, Adam for Democracy PC, to spend on winning the Aug. 23 Primary Election and supplanting incumbent Republican Rep. Jim Mooney in House District 120 less than three months later.

Nearly 100 people from across Florida — including the Keys, Homestead, The Villages, Fort Myers, Clewiston, Panama City Beach and St. Petersburg — gave Gentle checks ranging from $5 to $1,000.

He spent about $2,800 in March. More than half of that went to Coral Gables-based firm Blue Velocity Consulting.

Gentle is a self-described “anti-corruption lawyer” and member of the LGBTQ community who since August has lived about 10 miles north of Key West. He previously lived in Los Angeles.

His lone Primary opponent (for now) is Dan Horton-Diaz, a lawyer by training and former top-ranked staffer for Sen. Annette Taddeo and former U.S. Rep. Debbie Mucarsel-Powell who is making another run at state office.

Fifty people donated to Horton-Diaz in March through checks ranging from $6 to $1,000.

He accepted less than a handful of corporate donations, including $1,000 contributions from Dream Bay Resort LLC in Key West, Jem Resorts Homestead LLC and Miami-based law firm Gonzalez and Associates.

He spent less than $500 last month. The money went toward office supplies, printing, digital media, payment processing, a subscription to the Key West Citizen and continued membership to Hometown! Key West, which bills itself as “the signature resource for candidate and election information for the voting community of Key West and Monroe County.”

Mooney was barred from accepting donations during the Legislative Session, which ended March 14. Based on the ledgers for his campaign account and political committee, Friends of Jim Mooney, he took the remainder of the month off from fundraising.

While he collected nothing last month, Mooney spent more than $3,000, bringing his holdings through March 31 to nearly $84,000.

His largest expense was for “treasurer services” from Tallahassee-based PAC Financial Management. He paid another $1,000 to Republican fundraising firm Capital Resources LLC for “finance consulting” and repaid his staffer, Lee Young, $908 for “lodging and parking.”

February was the only month in which Allen raised money: $150, of which $50 came from his own pocket.

He’s reported no spending so far.

She is a member of the Florida Advisory Council on Small and Minority Businesses, Monroe County Republican Executive Committee and Republican National Hispanic Assembly of Miami-Dade County, among other roles.

HD 120 covers Miami-Dade’s southernmost portion and all of Monroe, which encompasses the Florida Keys.

Candidates faced an April 11 deadline to report all campaign finance activities through the end of March.

nextSunburn — The morning read of what’s hot in Florida politics — 4.26.22