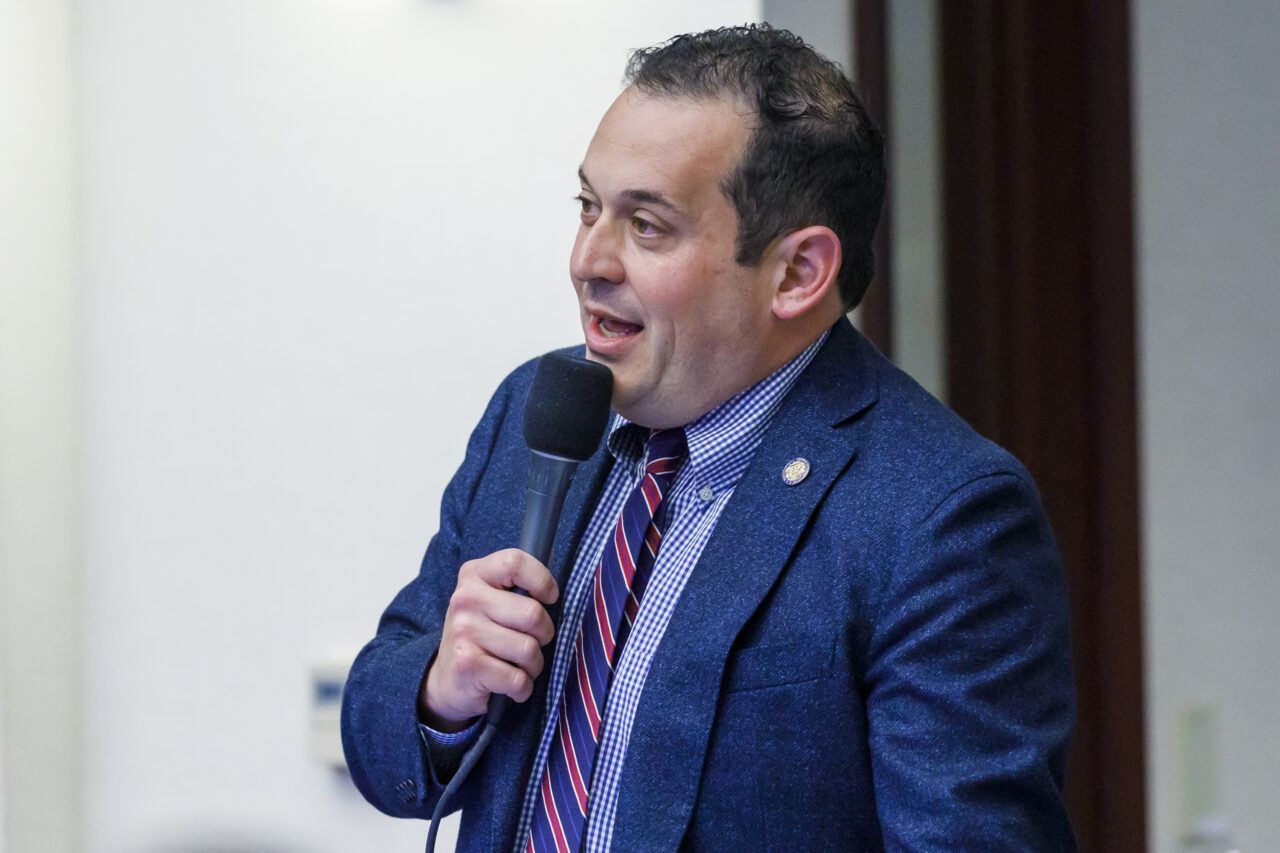 He still has another big decision to make, however.

State Rep. Ben Diamond has made a decision on at least one district where he won’t run. The St. Petersburg Democrat has no interest in challenging U.S. Rep. Kathy Castor in Florida’s 14th Congressional District.

“It is premature to decide on my political plans, but I know I will not be waging a Primary against my friend, Congresswoman Kathy Castor,” Diamond tells Florida Politics.

That may not be the ground-shaking news people expect Diamond to make very soon. But it’s notable since a new Florida congressional map puts his entire Florida House District 68 inside of CD 14.

That cartographical decision stands among the most controversial and least-explained changes in the map (P 0109) crafted by Gov. Ron DeSantis’ staff. The Florida Supreme Court in 2015 threw out a map with a district that crossed Tampa Bay, a court decision that paved the way for Democrat Charlie Crist to oust Republican incumbent David Jolly. DeSantis, though, assembled his map with a seat that does the same thing, connecting Downtown Tampa and Downtown St. Petersburg.

With Crist this year running for Governor, most expect Castor, a Tampa Democrat, to run in the new CD 14 and face little serious opposition.

DeSantis Deputy Chief of Staff Alex Kelly, who drew DeSantis’ final map, told the Legislature he wanted to keep at least one congressional seat wholly within Pinellas County. But he did so with a seat stretching from southwest Pinellas north to the Pasco County line. It’s a version of Florida’s 13th Congressional District that sheds the downtown area in favor of Safety Harbor, Palm Harbor and other conservative north Pinellas County suburbs.

That effectively reduced the number of Democratic seats in Tampa Bay from two to one. Under the map just signed by DeSantis, about 52.74% of voters supported Republican Donald Trump in the 2020 Presidential Election and just 45.98% backed Democrat Joe Biden. It shifts the seat from one Biden won by 4 percentage points to one he lost by almost 7 points.

That’s bad news for a lineup of Democrats who already filed to succeed Crist, but especially for Diamond, whose constituency and home fall outside the CD 13 boundaries. There is no rule congressional candidates must live in their seat, but taking away a constituency that elected him to the Florida House for three terms diminishes his base.

He’s not the only Democrat in the race. Eric Lynn, a St. Petersburg native and Barack Obama administration veteran, is also running. So is state Rep. Michele Rayner-Goolsby, another St. Petersburg Democrat. But Diamond has been the fundraising leader on the Democratic side, with $1.2 million raised through March. Lynn has added $1.1 million, and Rayner has collected $516,000.

Diamond does hold out some hope on the map. He’d like the courts to take rapid action and toss the cartography before the midterms.

“This is a purely partisan power play and represents the dark side of politics,” he said. “I am confident the map will ultimately be ruled unconstitutional upon the court’s review.

previousCDC report: Omicron infected many, but more so children