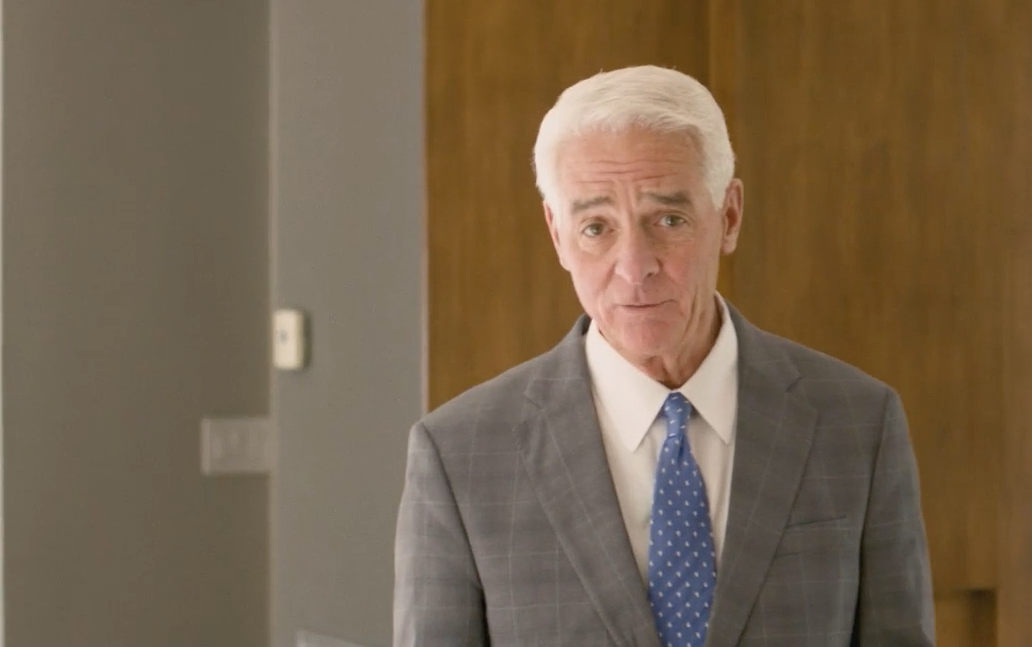 Crist is going after the Gov. Ron DeSantis-Disney culture war battle with an Orlando TV spot.

That’s the punchline of a new TV commercial that Democratic gubernatorial candidate and current Rep. Charlie Crist is launching in the Orlando market. It attacks Gov. Ron DeSantis’ legislative culture war battle with the Walt Disney Company. The ad charges that Governor’s Disney ire could result in tax increases in Orange and Osceola counties or perhaps statewide.

The 30-second ad, “DeSanTAX” is a response to the Special Session effort last week to push through and sign SB 4C. It set the clock ticking to abolish Walt Disney World’s special district government in June 2023 in response to the Disney’s perceived disloyalty toward DeSantis’ political agenda.

The Reedy Creek Improvement District holds $79 million in outstanding utilities revenue and refunding bonds, and $766 million in property tax-backed bonds. If Reedy Creek is abolished, as called for by SB 4C, then some other government entity would have to take responsibility for those debts.

Orange and Osceola counties may be in line to do so. The Crist ad quotes Orange County Tax Collector Scott Randolph saying that could mean a property tax increase of 15-20% in his county.

The Republican Governors Association (RGA) responded on behalf of DeSantis’ campaign, essentially saying Crist is not one to talk, as he himself had a history of raising taxes as governor.

The spot quickly rolls through “DeSantis vs. Disney” news reports and Randolph’s assessment, then turns to Crist. He begins with his frequent criticism of the Governor: charging that all he really wants is to run for President.

“And he’s whipping up his base by attacking Disney. He doesn’t care that Disney brings thousands of tourists to Florida, or that his bill would cost taxpayers millions,” Crist says in the ad.

“Ron, if you want to run for President, do it,” Crist concludes. “But don’t make us pay your DeSanTAX.”

The Governor and the company’s political dispute was over HB 1557, which was entitled the “Parental Rights in Education” law, mandating that at least very young school children shouldn’t be taught about concepts of sexual orientation or gender identity. Democrats fought the bill fiercely, calling it the “Don’t Say Gay” bill, contending its broader interpretation would stop discussion of LGBTQ issues at any grade level. Disney criticized the bill.

“We view that as a provocation,” he said during a virtual news conference last week. “And we’re going to fight back against that.”

DeSantis pushed through SB 4C from introduction to signature in four days.

There is the prospect that the state of Florida could absorb the debt before it could dissolve Reedy Creek, according to the Miami Herald. At a Reedy Creek Improvement District board meeting Thursday, supervisors said they didn’t know what might happen.

At an event Monday, the Governor assured a cheering crowd that Disney’s bond debts won’t be dumped on taxpayers.

“Under no circumstances will Disney be able to not pay its debts, we will make sure of that,” DeSantis said.

RGA spokesperson Joanna Rodriguez counterpunched Crist’s criticisms: “The only thing that hasn’t changed about Charlie Crist through his long career is that voters still can’t trust him. If Charlie wants to talk about costs to taxpayers, maybe he needs to be reminded how he raised taxes by $2.2 billion the last time he was governor.”

previousSunburn — The morning read of what’s hot in Florida politics — 4.28.22