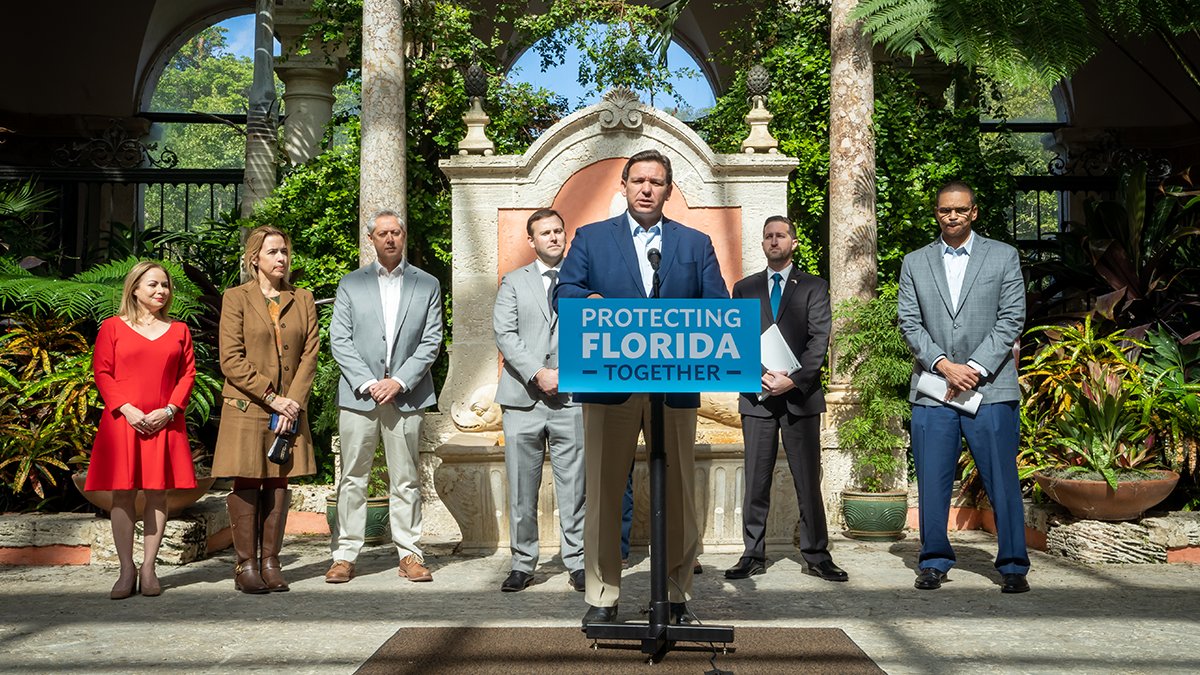 DeSantis compared his red tide spending to that of the last term of former Gov. Rick Scott.

Gov. Ron DeSantis says he will approve $14 million to address Florida’s red tide crisis when he signs the next state budget.

The Republican Governor has touted his efforts to mitigate algal blooms and rising seas throughout his term. When the Governor signs the 2022-23 budget in the coming weeks, he told reporters in Clearwater on Wednesday that he expects the state will have spent $40 million to combat red tide under his administration. DeSantis stacked that up against the $2.5 million spent during Republican U.S. Sen. Rick Scott‘s last four years as Governor.

“If you look at the four years before I became Governor, those four years there was a total of $2.5 million that was allocated to address the research and mitigation of red tide,” DeSantis said. “Once I make this announcement today, for my four years, we went from $2.5 million to $40 million for these efforts, so we’re excited about it.”

The planned $14 million expenditure includes $4.8 million for the Florida Fish and Wildlife Conservation Commission’s (FWC) Fish and Wildlife Research Institute to study red tide. There’s also $3 million this year as part of a six-year agreement on the Florida Red Tide Mitigation and Technology Development Initiative, a partnership between FWC and Mote Marine Laboratory and Aquarium in Sarasota.

Mote Marine President and CEO Michael Crosby said his nonprofit research lab identified more than a dozen compounds and technologies to cut down on red tide. Mote has received requests to deploy the technologies in other states and even countries, he continued.

“Just make sure you get any that’s really effective patented, because I want royalties to the state of Florida from all these other — I mean, we put in the research money, we need a benefit on the back end,” DeSantis joked.

Red tide blooms, brought on by a species of algae prevalent on Florida’s Gulf Coast, occur somewhere almost every year. Not only do they harm Florida’s wildlife and environment, but they also impact the tourism industry.

Blooms have been worsening in recent years. Tampa Bay in July saw its worst red tide event in 50 years just months after a failure at Manatee County’s Piney Point Phosphate Plant led to more than 200 million gallons of contaminated water being dumped into the bay.

Wednesday’s announcement followed his declaration of $20 million in resiliency grants the day prior. He also signed legislation codifying the Chief Resilience Officer into the Florida Statutes.

Standing alongside DeSantis on Wednesday, members of Florida’s legislative, environmental and tourism leadership praised him for his commitment to the environment.

House Speaker Chris Sprowls called DeSantis “the most pro-environmental Governor in the history of Florida.” Plus, he said the Legislature has been the most aggressive ever when it comes to the environment.

Shawn Hamilton, Secretary of the Department of Environmental Protection, noted one of DeSantis’ first acts as Governor was to issue an executive order on improving Florida’s environment.

“That leadership in itself is empowering us to move forward and make some of the changes that you’re hearing about,” Hamilton said.

While DeSantis has framed himself as a leader on the environment, he’s also criticized most conversations about global warming as an opportunity to smuggle in “left-wing things.”

Florida Conservation Voters Executive Director Aliki Moncrief called the planned expenditures on red tide commendable, adding that she should give credit where credit is due. But she said DeSantis has ignored climate change more broadly and disputed Sprowls’ characterization that he has been Florida’s most pro-environmental Governor.

Most of Florida’s spending on water issues has been sourced from federal dollars, according to Florida Conservation Voters. And Moncrief pointed to former Gov. Charlie Crist — elected as a Republican in 2006 but who is currently running as a Democrat to defeat DeSantis — who convened a task force to put Florida on a path to clean energy. Scott later scrapped the task force and DeSantis hasn’t addressed the issue.

“When you have a problem that requires a 100-pound solution and you throw a teaspoon in, that’s just not enough,” Moncrief said. “The teaspoon is better than nothing.”