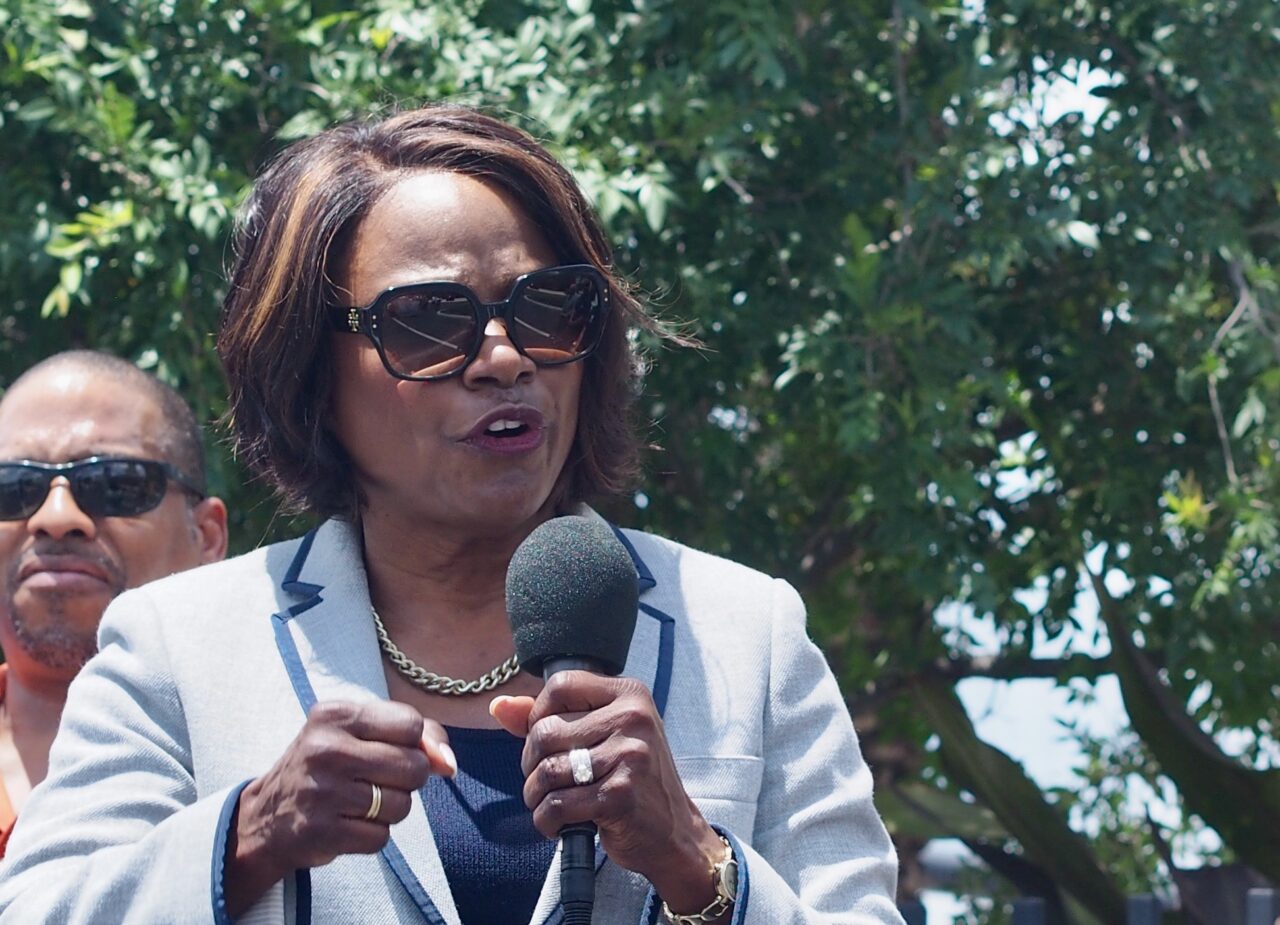 Demings charged Rubio thinks it is OK 'to treat women like property, again.'

Does abortion give Republican Sen. Marco Rubio and his (most likely) November challenger Democratic Rep. Val Demings a high-profile wedge issue for the fall campaign?

“This is an issue that we’re going to talk about on this trail,” Demings said Wednesday in Orlando, “and we are going to fight about it, not just for women, but for men too, who believe that women should have the ability to make their own decisions.”

The topic emerged Monday night with the news that the Supreme Court of the United States is on the verge of overturning the Roe v. Wade federal assurance of legal abortions. A draft opinion leaked Monday to POLITICO shows the High Court is ready to turn the legality of abortions over entirely to the states, with many states ready to outlaw them, sparking the prospect that Florida might join them.

Demings’ Senate committee already has gone into attack mode, pushing out releases that include video clips of Rubio pledging support for abortion bans without exceptions.

On Wednesday, following a rally at which the Amalgamated Transit Union endorsed Demings, she expanded her thoughts to Florida Politics.

“For Marco Rubio to sit in the United States Senate and feel that it is OK to take away a constitutional right from women, to treat women like property, again, or as second-class citizens. To feel like he can tell us what to do, and that’s OK,” Demings said. “To say that even our America’s daughters and girls, who may be victims of a vicious rape, no exception, I think that is just disgraceful.

In his statements, Rubio has sought to confirm his position of being opposed to abortion. In a tweet Monday night, he called a proposed federal bill to codify Roe v. Wade “a federal law legalizing the killing of unborn children right up to the day of delivery.”

Rubio campaign spokesperson Elizabeth Gregory expanded on that Wednesday: “Sen. Rubio has been a consistent champion for the rights of unborn children. Rep. Val Demings is a radical who supports abortion up until the moment of birth while forcing Florida taxpayers to pay the bill.”

Rubio’s proposed federal bill reference was to the Women’s Health Protection Act, HR 3755, which was approved by the House in February, with Demings as a co-sponsor. In the Senate, SB 1975, has been in legislative limbo.

Demings on Wednesday characterized the Supreme Court draft opinion as the court’s effort to remove existing constitutional rights. Her message already has grown beyond just the potential elimination of the right to abortion offered through Roe v. Wade.

“Even though the Supreme Court has teased this we weren’t absolutely certain. So, I’m shocked and appalled that the Supreme Court — who is supposed to protect our constitutional rights — would take one away,” she said.

“But not just this issue, because they believe if you would basically say, ‘Roe v. Wade didn’t have any merit, or didn’t happen,’ then people are worried about what’s next,” she said. “I talked to a gay couple last night who’ve been married for six months. They came up to me and said they are scared to death that they will be next. When you believe that constitutional rights can be taken away, what is next?”