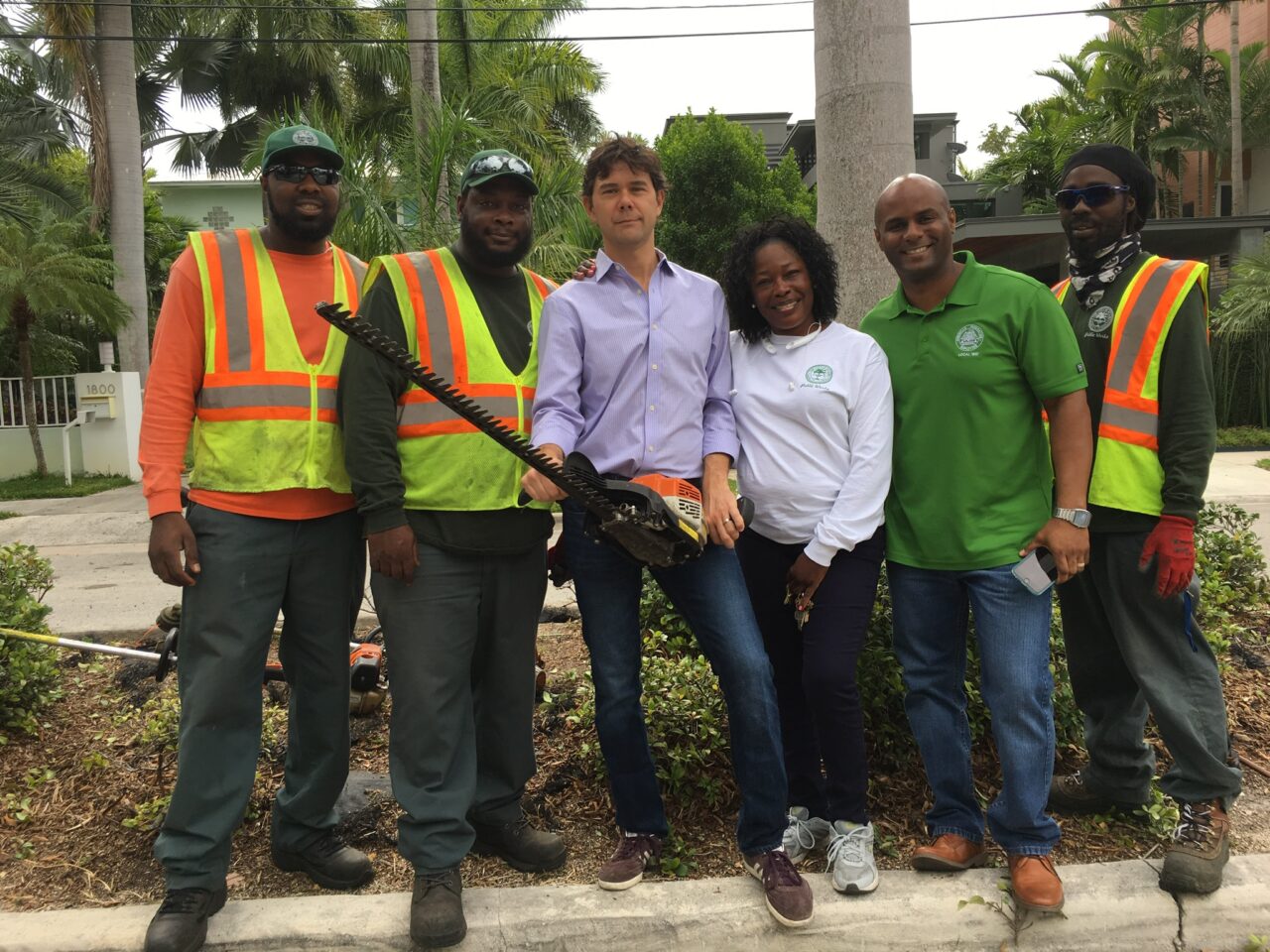 Miami City Commissioner Ken Russell announced a trio of labor union endorsements Monday as he campaigns for Florida’s 27th Congressional District, and Russell doubled down on his commitment to improve affordability, equality and environmental resilience in South Florida.

“It is with great honor that we proudly endorse Ken Russell for United States Congress,” said Sean Moy, president of AFSCME Local 1907, whose initialism stands for the American Federation of State, County and Municipal Employees.

AFSCME Local 1907, which represents more than 1,500 general employees working in Miami, is part of the largest trade union of public workers in the country.

“We support his vision for Congress in District 27 and believe that we are truly stronger working together,” Moy said.

The endorsements are a natural fit considering Russell’s legislative track record and consistency on labor issues.

In 2016, shortly after his election, he pushed for a $15 minimum wage on all city contracts — and succeeded later that year. He also backed legislation requiring mandatory minimums for organized labor in developments of city-related projects.

When Miami Commissioners approved a massive soccer stadium complex deal with billionaire Jorge Mas and retired footballer David Beckham last month, he got Mas to agree to pay all employees there $18 an hour and guarantee organized labor in its construction.

During the pandemic, he helped lead city efforts to collaborate with Unite Here to prioritize food programs for hospitality workers with school-aged children, arranged hot meal services with SEIU Healthcare Florida Local 1991 and supported a housing program for nurses and doctors, according to a press note from his campaign.

He’s also been vocal in his support of LGBTQ equality, housing affordability and initiatives focused on sea level rise and clean water.

On May 1, Russell switched from running against U.S. Sen. Marco Rubio to instead seek to challenge Salazar. Russell said he was proud to receive the local union endorsements. He’ll face Miami-Dade County Commissioner Eileen Higgins in the Democratic Primary.

Higgins announced her candidacy May 5.

Russell, a Miami native and local business owner, said he’s worked hand-in-hand with the labor unions “for years” and is proud to gain their endorsements this election cycle.

“Having their support strengthens my resolve to turn this congressional seat from red to blue,” he said. “Residents of (CD 27) need someone who will fight for them in Washington, D.C., to make sure that they receive a living wage.”

He added, “I am certain that I am that person.”