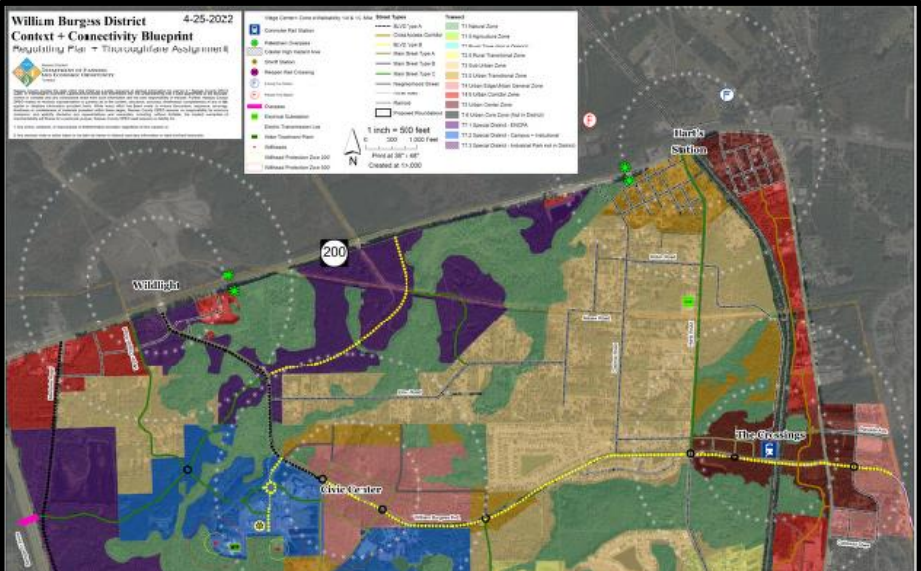 It's about keeping up with growth now and in the future.

In addition to upgrading a couple north-south roads to handle increased traffic and development, Nassau County planning staff asked Commissioners to look into a study of the key U.S. 17 thoroughfare.

Commissioners did not commit to doing the study yet.

“This corridor has some unique identifiable areas,” County Assistant Planning Director Holly Coyle said at the last Nassau County Board of County Commissioners meeting. “Parts of it are included in the William Burgess District … but we’d like to expand that, so we can plan in a comprehensive manner. Take it from the Duval County line to Georgia.”

The William Burgess District is a planning area bordered by the Nassau River to the south, Interstate 95 to the west, State Road 200 to the north and U.S. 17 to the east. It’s where the requested street modifications are taking place, and — like a lot of other places in Nassau County — a place of extraordinary growth and development in recent years.

“We presented this idea to the (Nassau County) Planning and Zoning Board,” Coyle said. “They recommended that we forward it to you for consideration.”

Tackling U.S. 17 would follow an ambitious planning effort by the county government to catch up with and get ahead of the county’s massive growth.

“The U.S. 17 Corridor Redevelopment Plan, similar to what you just completed on State Road 200, is one of the initiatives within your strategic plan that’ll be coming back to you for adoption later this month,” County Manager Taco Pope said.

Blake Drury of GAI Consultants spoke with Commissioners in September about their State Road 200 master plan.

“Our charge was that this (current) pattern of development that we see, it’s not sustainable, it doesn’t reflect best practices, and it doesn’t represent the interests of the community as they’re stated in the vision plan and in the comp plan,” Drury said.

If unchecked, development on State Road 200 could end up like a barbell, with globes around Amelia Island and the I-95 interchange.

“The strategy is to try to figure out ways to keep (the middle from being economically disadvantaged), and create sort of a more consistent economic situation throughout the corridor,” Drury said.

It’s about managed growth for specific outcomes, which the county also wants to do with U.S. 17.

“With all those types of work assignments, it’ll come down to prioritization,” Pope said. “You have multiple, large-scale planning initiatives, either underway or in the wings. So, ultimately it will come to you to decide the priority of what happens first.”

Staff doesn’t have a price or a time frame for the U.S. 17 study yet, but he agreed with staff that it and other major corridors need some uniformity about them and more efficient development and transportation programs so they operate effectively in the future.