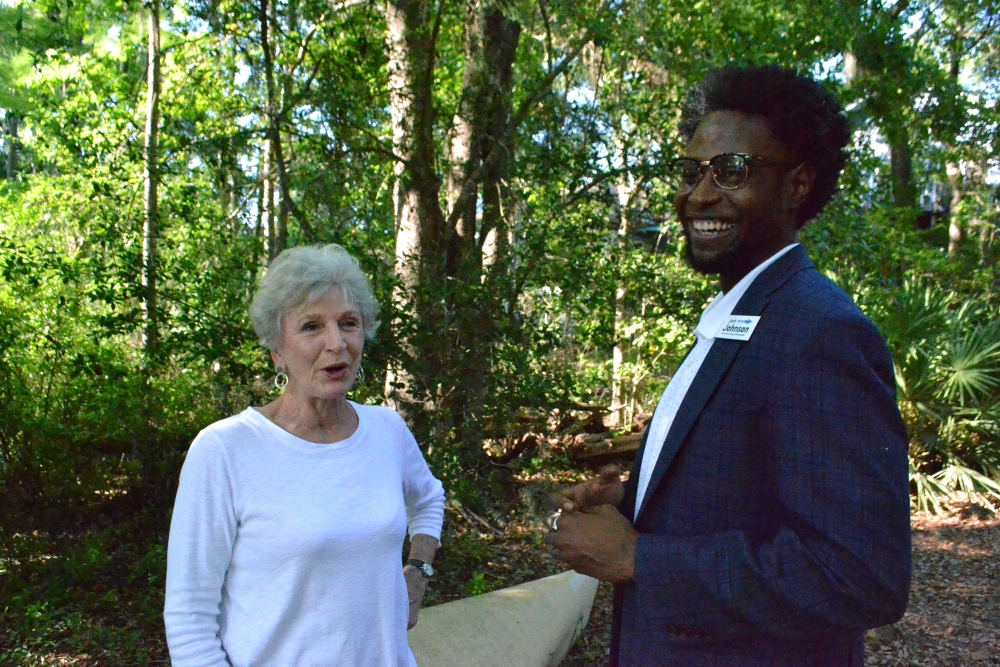 Incumbent Nick Maddox still leads the race in fundraising by $10,000 over Johnson.

Maddox leads the field thanks to strong support from Tallahassee businesses and large-dollar donors. He has received 47 donations, meaning his average donor has contributed $702 to him. Twenty-one of the 47 donations are from Tallahassee-based businesses, with all but three giving Maddox $1,000, the contribution cap on local races.

The other two candidates have raised their campaign dollars mostly through individual contributions. Johnson has received 223 donations, setting his average contribution at $92. The only $1,000 donation from a business he received was from Stephenson, Johnson and Johnson, a consulting firm he co-owns.

Johnson has been endorsed by former Tallahassee Mayor Debbie Lightsey. She is the second former elected official to endorse Johnson in the past month.

Lightsey, who also served on the Leon County Commission from 1989 to 2010, said some of the decisions made by local elected officials have become “extremely concerning”. She said people like Johnson, who also is president of Tallahassee’s 621 Gallery, are needed to reverse what she views as a “culture of complacency and mediocrity.”

“Josh is not only a fifth-generation resident of Leon County but has spent his life doing incredible work in this community,” Lightsey said. “Josh Johnson is more than poise and presence, he is someone we deserve, and he is well qualified to hold public office.”

Johnson told Florida Politics he is proud to receive her endorsement.

“Tallahassee deserves a new day in local politics, and I am proud a person as respected as Ms. Lightsey thinks that I am a person who can help usher it in,” he said.

nextParties positioning for another battle over Senate seat in Seminole County