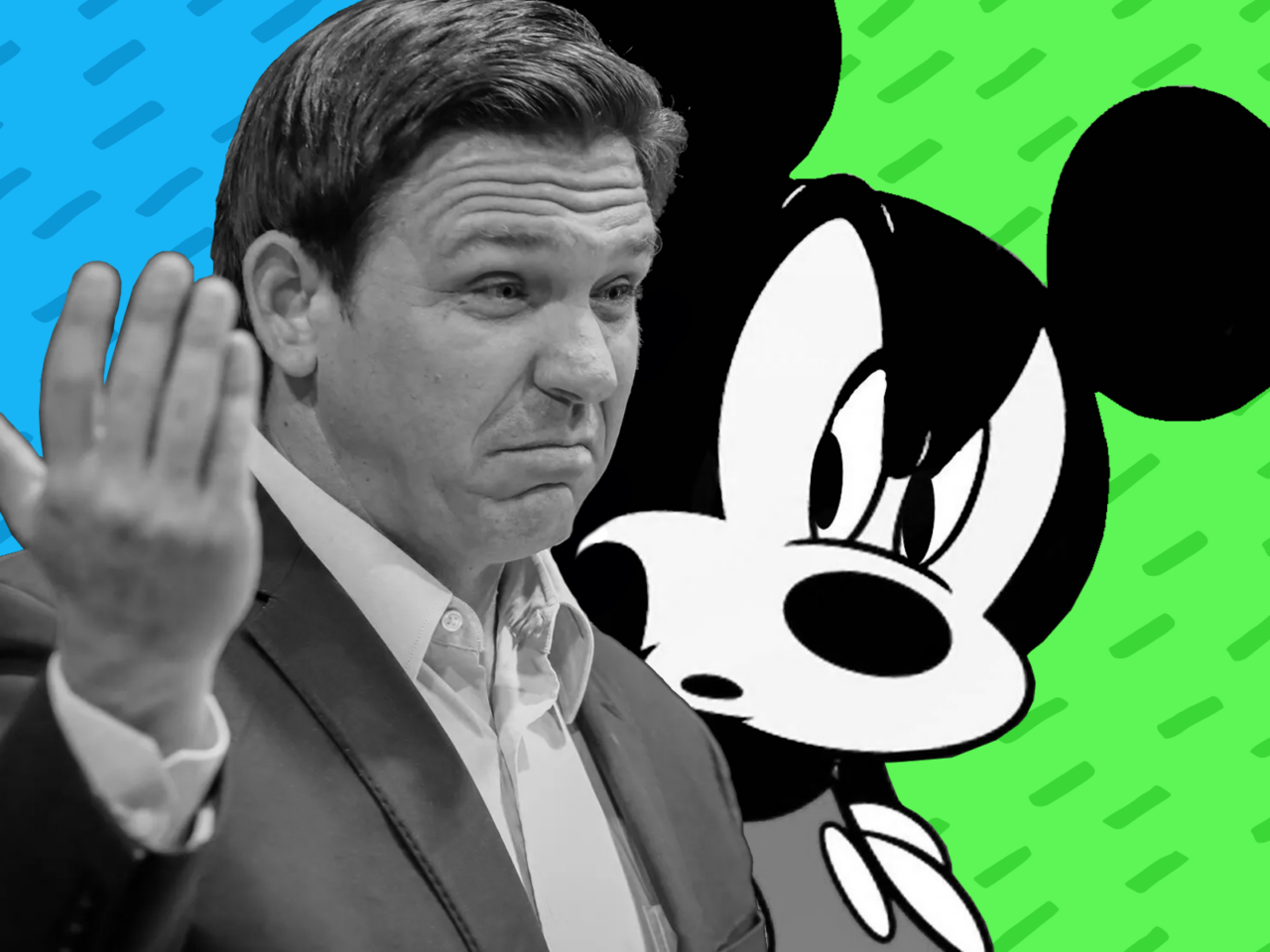 31% of respondents didn't have a take at all on DeSantis.

Disney is slightly more popular than Ron DeSantis, the Florida Governor who declared political war on the entertainment and theme park giant.

A survey commissioned by NBC News and performed by Hart Research Associates/Public Opinion Strategies asked 1,000 adults various questions, including tracking the popularity of Disney and Gov. DeSantis, who has spent recent months punishing one of the state’s flagship companies for opposing the state’s Parental Rights in Education law.

The poll showed Disney outperforming DeSantis in overall popularity, with 33% for Disney and 28% for DeSantis.

Both the entertainment giant and the political titan were above water in terms of net favorability: Disney +3, DeSantis +2.

Twenty percent of all respondents said they saw DeSantis in a very positive way. The same number saw him in a very negative way. Disney saw the same polarization, but with 15% at each extreme.

DeSantis is still growing in national stature. 31% of respondents had no opinion of him, while just 7% were agnostic about Disney.

Earlier this year, Florida lawmakers advanced two bills, SB 4C and SB 6C, which targeted Disney after the company said that it would work to repeal HB 1557.

The former bill was intended to punish the company by stripping Disney of its self-governing status in the Reedy Creek Improvement District. Another bill removed a carve-out created for Disney exempting it from a law passed in 2021 targeting so-called Big Tech.

DeSantis has thundered about Disney’s wading into this battleground of the culture war, suggesting that the company that spurred much of Central Florida’s growth since the mid-20th century lacks standing to commentate.

“You’re a corporation based in Burbank, California and you’re going to marshal your economic might to attack the parents of my state?” DeSantis said at a bill signing event in Hialeah. “We view that as a provocation and we’re going to fight back against that.”

The standoff between Disney and DeSantis comes while the company deals with a post-pandemic recovery, as well as the growth of its Disney+ streaming service.

Analysts, on average, were expecting earnings of $1.19 per share on revenue of $20.05 billion, according to a survey by FactSet.

The company also noted that it added 7.9 million Disney+ subscribers in the quarter — and while the service is popular with families, it is also attracting sign-ups from people who don’t sign up for the children’s content but for general entertainment titles.