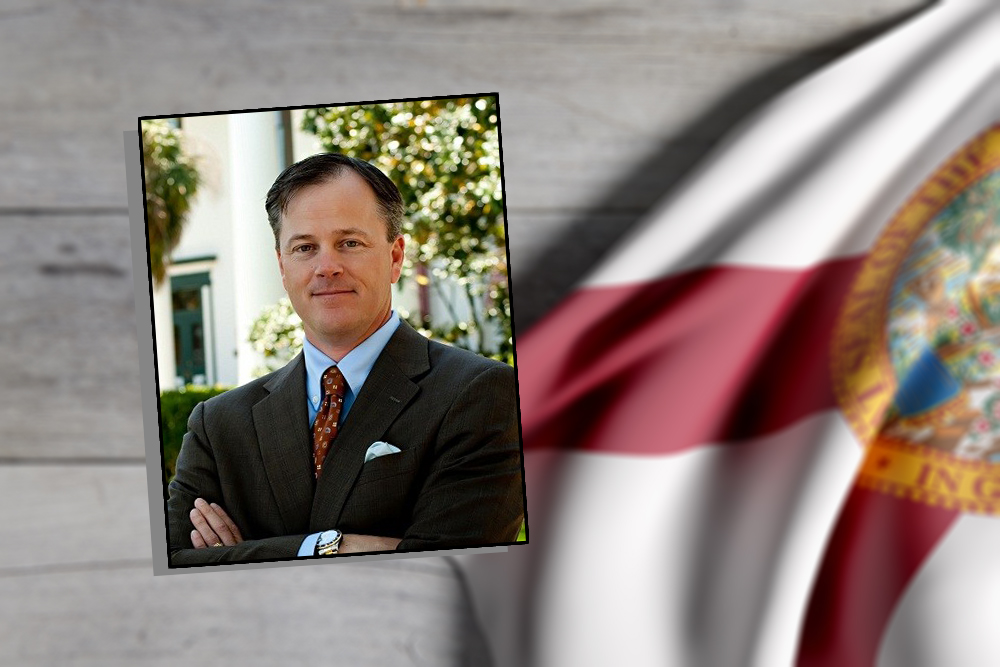 Marc W. Dunbar is headed to the exit, but the self-described “short timer” has a few things to say.

The Tallahassee-based lawyer and gaming lobbyist was appointed to the Citizens Property Insurance Corp. Board of Governors four years ago by Chief Financial Officer Jimmy Patronis, who described Dunbar as a “maverick.” But Dunbar notified Patronis in the spring that he will not seek reappointment to the board of governors when his term expires on August 1.

Dunbar’s upcoming departure comes as the state’s property insurance market is in crisis and lawmakers are meeting in a special session as they try to tackle skyrocketing premiums, fraud, and rapid growth in Citizens, which is supposed to be the insurer of last resort for Floridians. It also comes after the House of Representatives took aim at Dunbar, tagging language onto a bill that would have banned Citizens Property Insurance board members from being lobbyists. Dunbar is the only registered lobbyist on the board and, had the provision passed, would have barred Dunbar from being reappointed to the board.

With his days on the Citizens’ board coming to an end, Dunbar recently shared with Florida Politics his views on the beleaguered property insurance market and what needs to be done to fix it.

Q) The call for the special order includes ‘civil remedies’ which really is very broad. What do you think that means exactly?

“We have a fundamental problem in the Judiciary. Going back to when Gov. Rick Scott and the CFO interviewed me to go on the Board of Governors of Citizens, the issue for them was to figure out what’s going on with the amount that Citizens’ Property Insurance Company was spending on attorneys’ fees.

So, my whole focus when I went on the Board of Governors of Citizens was to try and understand why we spend so much on legal bills. We have seen the legal spending of Citizens nearly double since I went on the board and it is very obvious that we can’t just keep throwing money at that problem.

And while the one-way attorneys’ fees statute is definitely an issue; the bigger issues are, in my opinion, the current process does not provide an inexpensive and speedy mechanism for adjudicating coverage disputes under the insurance policies, and our trial judges just aren’t doing their jobs to try and curb the bad practices by a handful of bad lawyers. And it’s only a handful of bad lawyers. It’s not all trial lawyers.

Gov Ron DeSantis is saying in the proclamation that we need to do civil remedy reform. Well, what I worry is going to wind up happening is they’re going to try and figure out how to deal with the attorneys’ fees statutes but not deal with the judges.”

Q) As a follow up, what would you like to see done when it comes to ‘civil remedies’?

“I am the CFO’s designee on the Citizen’s board and that’s what I’ve been talking to him about. And I’ve talked to other people in the process about this. ‘Tort reform’ is a good sound bite. But what we really need is ‘court reform.’

We do need some improvements in the one-way attorneys’ fees statute. But what we really need to figure out is how to draft statutes that will mandate judges and the Florida Bar, which is difficult to do via statute, to go after lawyers who clearly are doing things that are unethical and illegal.

I think trial lawyers should be personally sanctioned and have their bar license placed at risk when they do bad things that their clients don’t even know about and that they know are not appropriate. We need to put more ‘shalls’ in statute to mandate that judges ‘shall’ order fees against lawyers for certain behavior. There are a lot of ‘mays’ in statutes, and we need more ‘shalls.’

And that’s that ‘court reform’ to me.

I could move the needle more than anything else and not adversely impact the legitimate claim of a homeowner with court reform.”

Q) What changes to Citizens Property Insurance Company do you think will be considered during the special session?

“All indications right now are that there isn’t going to be legislation directly dealing with Citizens, which is one of the major problems in Florida’s insurance market.

Citizens doesn’t charge actuarially sound rates, and it is very difficult to force a policy holder out of Citizens if there is a comparable policy offered by a private insurer. There are counties where, by the end of the year, Citizens is going to be the only insurance company. Or, if there is a private, regulated carrier that is still writing in that county, Citizens’ rates are going to be as much as 40% cheaper than the actuarially sound rate charged by the private regulated carrier.

Some have asked what drove the market to this point, and it is the concept of populist insurance policy making that started with Charlie Crist back in 2007. When Charlie made the ‘drop it like a rock’ comment, he socialized the insurance market.

Q: Do you think the special session will be a success?

“I don’t think that the consumers of the state of Florida are going to feel any reforms in the near-term. I think that in the long term, if the policy makers can fix Citizens’ issues and deal with some of the structural problems that we have in Citizens that keeps it as the most attractive market participant right now, and you can deal with court reform, those two issues by themselves will have significant impact.

If policy makers are looking for something that Florida insureds could feel right now, the only thing that could come out of this special session which directly impacts the customers is removing the FIGA (Florida Insurance Guarantee Association) assessment.

I’m also on the FIGA Board. In the last several months, we have certified almost a half a billion dollars in assessments which  are going to be passed on to all of us that have insurance policies, and they’re hitting everybody’s bills right now.

If the Legislature and the governor’s office want to do something, to directly impact what a Floridian pays for insurance in the near-term, you could remove that assessment. Other than that, there’s nothing that the Legislature could package, which is going to impact anybody’s insurance rates for at least a year or two. “

Q: There is a belief that lowering the trigger for the CAT fund would bring relief because it would allow carriers to purchase reinsurance at lower rates. Why don’t you think that could be part of the fix?

“That’s not going to solve the problem. Since this proposal has been floated a number of players in the global reinsurance market have commented that such a subsidy is not really going to make Florida a more attractive marketplace. You’ve got to deal with the issues that are making these insurance companies not viable as market competitors.

As a member of the Board of Governors of Citizens, but also as a person who has several insurance policies that I have to make payments on, I frankly could give two flying flips whether a borderline insurance company goes under in the near term. If it’s a bad insurance company, or if it’s a deny- delay- don’t pay -company, good riddance, get out of the state.

I have the same feeling toward the trial lawyers, the fringe lawyers,  and the insurance fraudsters, who are causing the problems.

Those ends of the spectrum are the problem with the marketplace.”