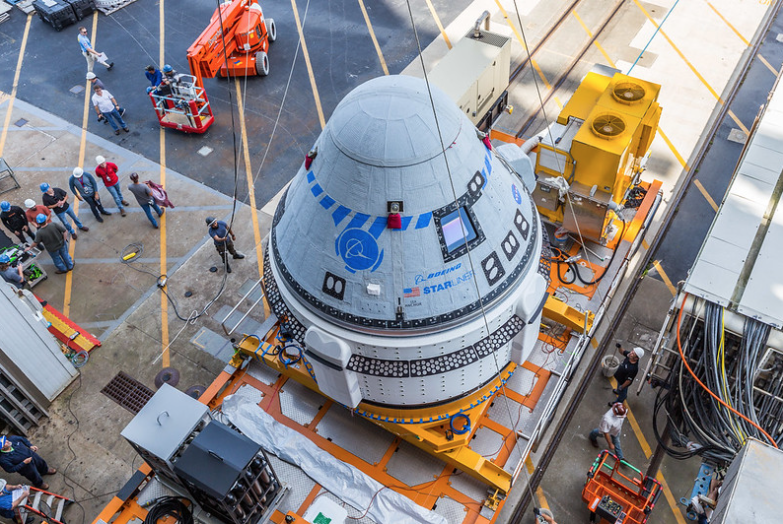 Boeing is seeking to get back off the ground in its crewed space program.

Boeing is set to get its crewed space program back off the ground.

The old-guard space company is planning a Thursday evening launch of its uncrewed Starliner spacecraft, atop a United Launch Alliance (ULA) Atlas V rocket, which will get it into space. From there, the Starliner is to power itself to the International Space Station.

The mission marks the return to space for that vehicle since the first Starliner mission went awry in late 2019.

Boeing’s December 2019 Starliner mission had what was characterized as a successful launch. But the Starliner spacecraft drifted off course almost immediately after it separated from the rocket and powered up on its own.

A crewed Starliner mission, initially envisioned for 2020, likely would be next, should this flight succeed.

Starting in 2020, SpaceX has successfully taken several crews of astronauts to and from the space station, in its Crew Dragon spacecraft. Two other “new space” companies, Blue Origin and Virgin Galactic, also have taken astronauts into space since then.

There is a 70% chance of favorable weather for Thursday’s launch attempt.

This will be the 93rd launch of an Atlas V. There has never been a mission failure, ULA said.

“The second orbital flight test will provide us with an opportunity to further analyze the unique technologies developed for our Atlas V launch vehicle in support of NASA’s human spaceflight program,” said Gary Wentz, ULA vice president of government and commercial programs.

“We have worked very closely with Boeing and our industry partners to ensure the Atlas V rocket is ready to launch Starliner to the International Space Station. The integrated team remains focused on crew safety and this mission brings us one step closer to flying astronauts.”

The Atlas V rocket will deliver Boeing’s Starliner spacecraft to a 98-nautical mile sub-orbital trajectory. Following separation from the Atlas V, the Starliner engines will propel the spacecraft to its final orbit and on to the space station.

nextLast Call for 5.17.22 — A prime-time read of what’s going down in Florida politics