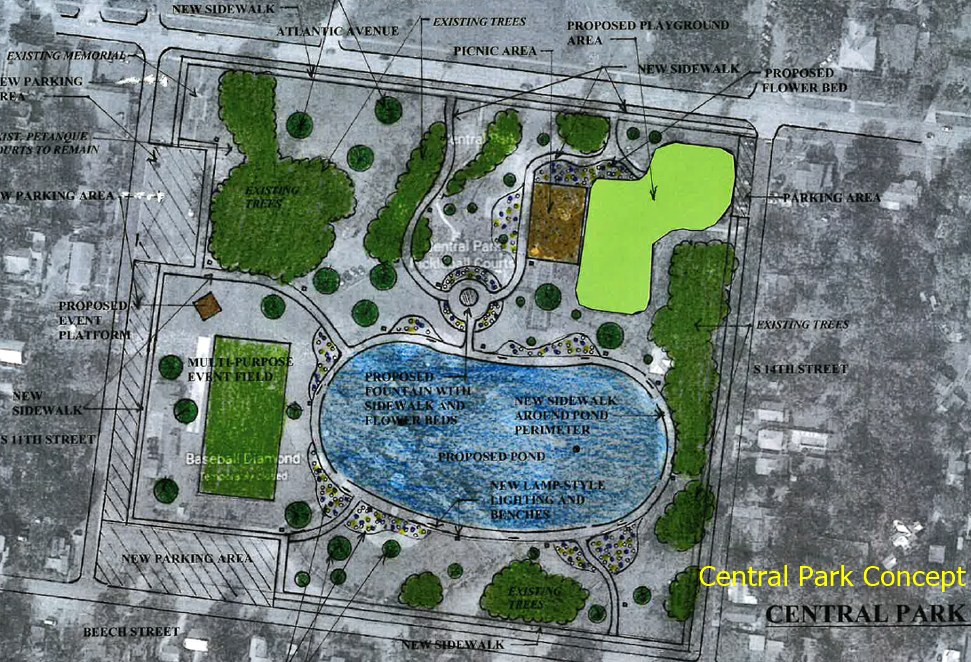 The next step is figuring out how to provide current and future upkeep.

When pursuing an ambitious goal or proposing something new and unique, a possible — even likely — outcome is that people will strongly side with keeping the status quo.

To that end, an idea meant to get the city of Fernandina Beach and its residents to rethink the area’s city parks went over like a lead balloon, thudding ignominiously at this week’s City Commission meeting.

He wanted to do that ahead of the public comment period to let those gathered know where Commissioners stand.

“I personally will commit, right now — regardless of what’s happening, let’s commit to keeping the ballfields in Central Park and I ask that we all do the same,” Bean said.

Next to a new playground in Central Park — per city Interim Parks and Recreation Director Scott Mikelson’s proposal — would be a picnic area. A large pond with an adjacent fountain would take up much of the area presently occupied by four baseball fields and a football field. A multipurpose field would be in the general area of the park’s present football field. Mikelson suggested an event platform that could go near the field for community events.

Tennis and pickleball would move to the city golf course, where eight new pickleball courts and six new tennis courts would be installed, with space for growth.

The football and lacrosse field at Central Park would relocate across Hickory Street from Fernandina Beach High School’s baseball and softball fields. The baseball fields would move to Ybor Alvarez Sports Complex, which would essentially be redone to accommodate the new fields, parking and support facilities.

“To me, it’s insane to pave over perfectly good recreational facilities that really need to be updated,” Mayor Mike Lednovich said. “That’s the task before us. We need to … commit money to improvements of the facilities that we have. That’s where my focus is, is how do we do that, and to Commissioner (Chip) Ross’ point, how do we pay for it?”

Going into the public comment, Bean noted at least four of the five Commissioners agreed to keep the ballfields in their present location. The next step is, once again, figuring out how to provide the necessary upkeep with an appropriate funding source.

“I think it is incumbent upon you as a Commission, and serving the residents of this city, to find a way to pay for these (needed improvements, repairs and renovations),” said Jean Pugh, a member of the city’s Park and Recreation Advisory Committee. “And raising the millage is really a disservice to the residents, because what we learned (at the Committee meeting last) Tuesday is two-thirds of these fields are … used by county residents, and city taxpayers are paying that burden.”