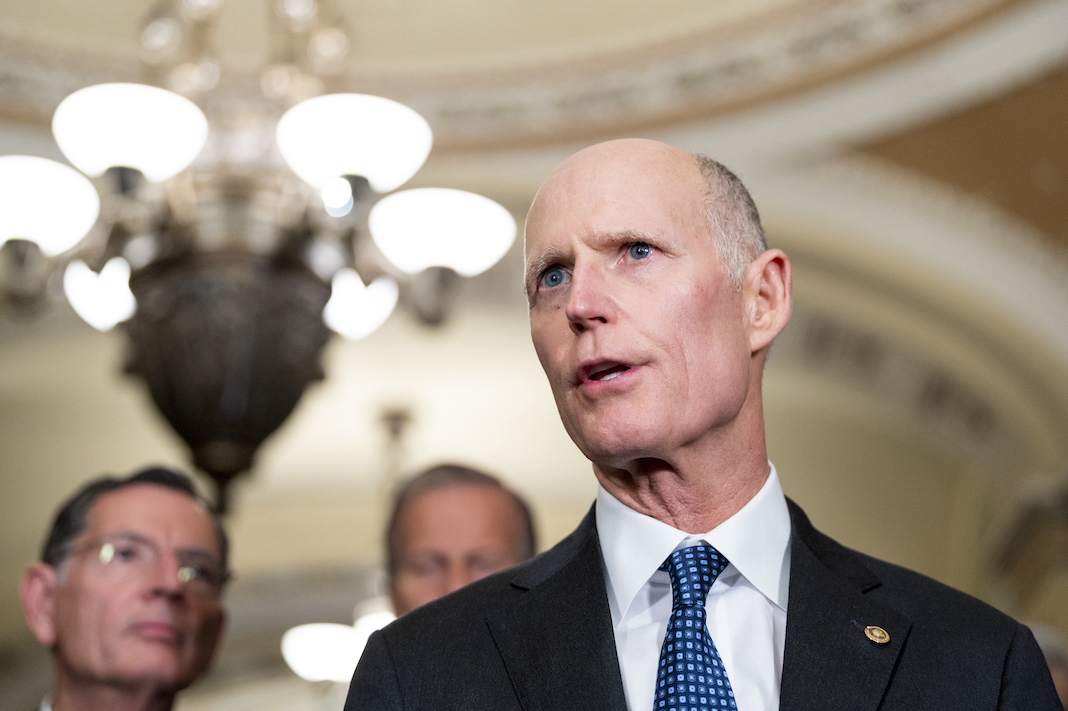 "They want to know what happened. Why it happened."

U.S. Sen. Rick Scott returned to network television Sunday with an interview on CBS’s “Face the Nation,” where he illustrated the difficulty Republicans have with Donald Trump‘s election narrative.

Asked about the penchant for “relitigating” the 2020 presidential election by host Margaret Brennan, Scott acknowledged that it’s a live issue for many Republicans.

“There is clearly people who are still concerned with what happened in 2020, and they would like the facts to come out. They want to know what happened. Why it happened,” Scott said.

Brennan asked Scott directly about whether Joe Biden is the “duly elected President,” and drawing a deep breath of hesitation, Scott nodded and said, “absolutely.”

Scott, the chairman of the National Republican Senatorial Committee, was among the Republicans who challenged the election results in Pennsylvania, a state carried by Biden in 2020.

The Senator contended that his challenge, which happened despite the Capitol rioters’ attempt to stop the certification of the election by Congress, was really not that big a deal.

“My vote objecting to Pennsylvania’s process wasn’t about the 2020 election. It would not have changed the outcome,” Scott wrote in an op-ed. “My vote was about elections to come, in 2022, 2024, and beyond, and seeing that they are conducted fairly.”

But talking to conservative audiences, he was a bit sharper.

“In Pennsylvania, they did not follow their laws. That’s wrong and I am very comfortable with what I did.”

Despite taking a position in favor of the vote against certification of Pennsylvania’s electoral slate, Scott also has come out against the rioters, saying they should be prosecuted.

And he has been consistent in saying Biden was, in fact, legitimately elected.