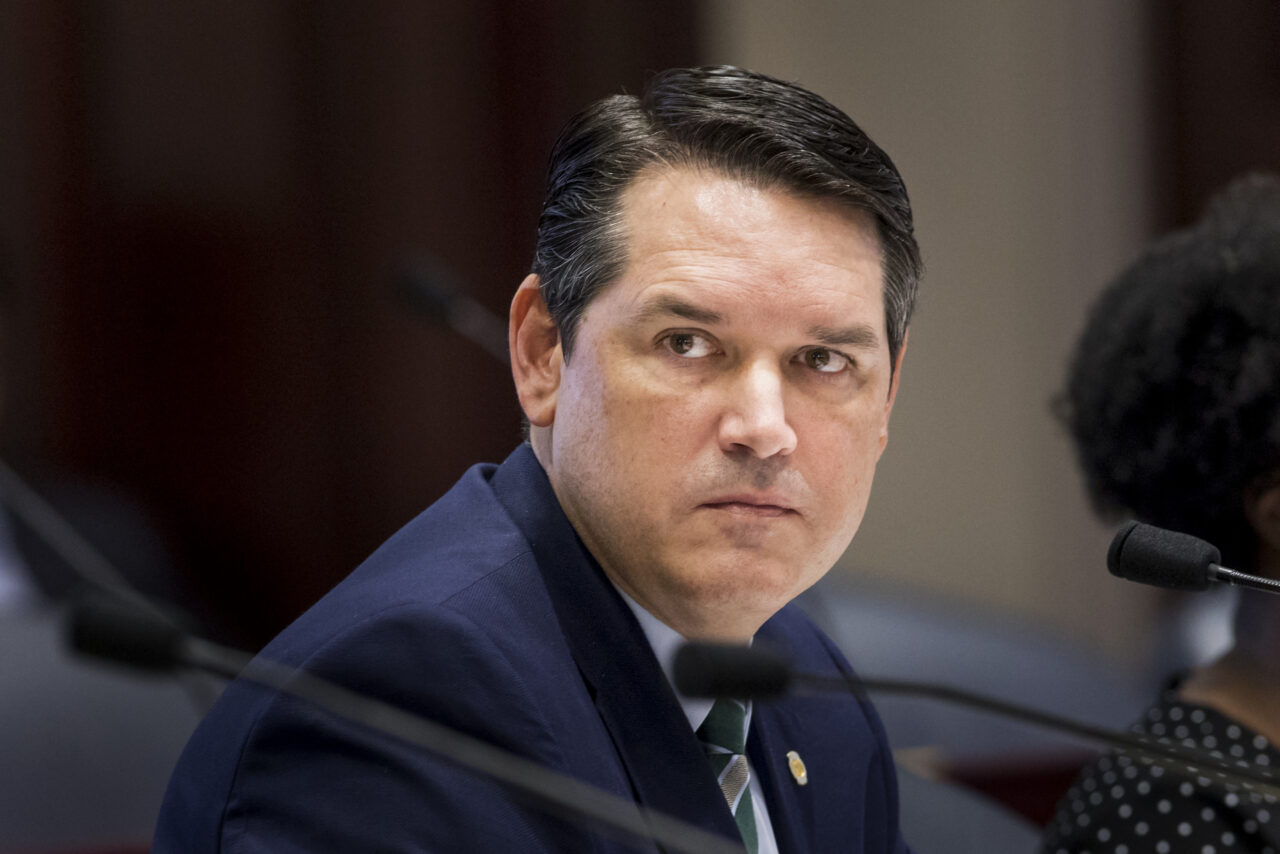 Florida’s Secretary of State again defended his wife’s social media comments expressing support for the Jan. 6 Capitol rioters attempting to stop the certification of the last presidential election, Proud Boys, and other extreme elements on the far right.

“I reject any notion that there’s anything untoward,” Cord Byrd said about his wife’s comments, then blasting critics.

On WJXT’s “This Week in Jacksonville Sunday,” the newly-appointed Florida Secretary of State explained away various incendiary comments made by Esther Byrd, a recent appointee to the Board of Education, as a function of her being a “strong, independent woman” and a patriot.

“Esther after 9/11 joined the Marine Corps because she’s passionate about her love for our country and our community. She’s continued that work after her military service and she’s passionate,” Byrd said. “Politics can … people feel very passionately about the things that she believes in, that they believe in.”

“She loves the Constitution. She loves the Rule of Law. You know me, that’s what we talk about. And sometimes, and this is no surprise to anyone, political rhetoric can get heated. And that’s not unusual,” Byrd explained. “Look in the paper every day and you see that.”

Esther Byrd was appointed to the Board of Education by Gov. Ron DeSantis earlier this year in spite of a long history of incendiary comments.

After the Capitol riots, Mrs. Byrd offered a defense of those “peacefully protesting” the certification of the 2020 Presidential Election.

“In the coming civil wars (We the People vs the Radical Left and We the People cleaning up the Republican Party), team rosters are being filled,” mused Byrd. “Every elected official in DC will pick one. There are only 2 teams… With Us [or] Against Us.”

Byrd’s promise there: “We the People will NOT forget!”

During former Rep. Byrd’s last campaign for the Florida House, Mrs. Byrd offered an unsolicited defense of the Proud Boys, after Donald Trump infamously urged them to “stand back and stand by” when pressed to condemn the alt-right movement.

Mrs. Byrd, a staunch supporter of the former president, subsequently claimed that many of them and their supporters have been thrown in “FB Jail,” a metaphorical lockdown preventing them from posting to Facebook for some period of time.

Those statements came months after Byrd made comments supportive of QAnon after the couple was photographed on a boat flying a QAnon flag.

Mrs. Byrd asserted on Facebook contemporaneously that the Byrds were in the photograph, but that post is no longer visible.