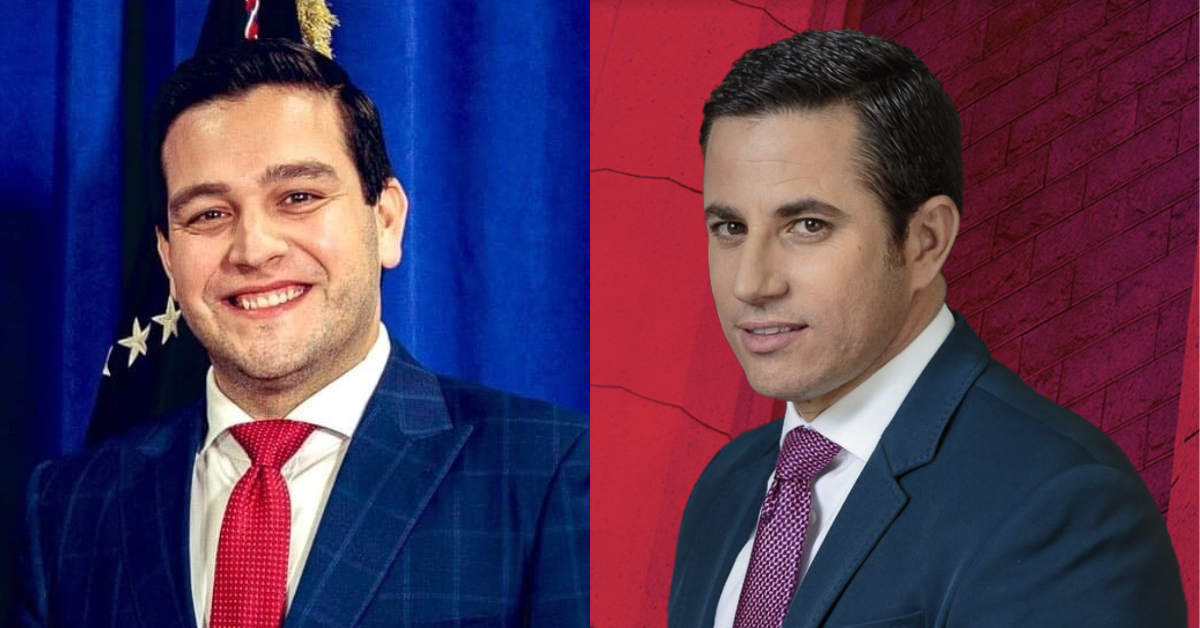 Four Republicans and one Democrat are running in the technically nonpartisan contest.

The race for the seat representing District 6 on the Miami-Dade County Commission heated up in April, when two Republican candidates — Kevin Marino Cabrera and Dariel Fernandez — raised close to $170,000 combined to replace term-limited Commissioner Rebeca Sosa.

But Cabrera began fundraising for the contest two weeks before he announced his District 6 candidacy, as evidenced by the donations ledger of his political committee, Dade First PC, which collected all his contributions last month.

He led a five-candidate field in April with $116,000 raised. To do so, he relied heavily on political allies. He collected $25,000 apiece from the political committees of Miami Reps. Daniel Perez and Anthony Rodriguez, who is seeking another seat on the County Commission, and former Senate President Pro Tempore Anitere Flores.

Several businesses chipped in as well. Sunshine Gasoline Distributors, whose president and owner, Max Alvarez, was one of several South Floridians to sing Cabrera’s praises in a recent INFLUENCE Magazine article, donated $10,000.

Cabrera received another $10,000 from CDR Maguire, a Miami-headquartered company that received hundreds of millions of dollars’ worth of state contracts for COVID-19 testing.

Fernandez, an entrepreneur and community leader who filed to run April 11, raised more than $51,000 through his campaign account and electioneering committee organization, Integrity in Government.

Fernandez sits on the board of the South Florida Hispanic Chamber of Commerce, which honored him this year with the “Man of the Year” award. He owns and operates Ponemous Group, a Coral Gables-based software company.

He put his business and community bona fides to work in April through a blend of grassroots and corporate fundraising.

More than 60 people donated to him with checks ranging from $15 to $1,000. Among them: South Florida Hispanic Chamber President and CEO Liliam Lopez and TD Bank executive Felipe Basulto, a past chair of the organization.

His largest donation was a $14,000 check from Seduction Cosmetic Center, a Coral Gables-based plastic surgery business.

Fernandez spent $1,300 in April, almost all of it on printing campaign postcards.

Cabrera and Fernandez face fellow Republicans Jorge Fors Jr., a Coral Gables City Commissioner who filed to run May 6 and hasn’t yet reported any fundraising, and architect Orlando Lamas, who switched races from a previous bid for the Florida House.

Lamas filed to run for the Miami-Dade Commission in March, when he brought more than $138,000 over from his state campaign. In April, he collected a $1,000 contribution but still reported negative earnings after refunding five donations.

He spent more than $10,000 last month. All but $540 of it was paid to The Front Line Agency, a Tallahassee-based media and public relations firm.

Miami Springs Council member Victor Vazquez, a lifelong educator and the sole Democrat in the contest, filed to run this month. Like Fors, Vazquez isn’t due to report his first round of fundraising until June 10.

District 6 covers a central portion of Miami-Dade, including part or all of the cities of Miami Springs, Virginia Gardens, West Miami, parts of Coral Gables, Hialeah, Miami and some of the county’s unincorporated area.

The Miami-Dade Commission is technically a nonpartisan governmental body, as are its elections.

previousLast Call for 5.25.22 — A prime-time read of what’s going down in Florida politics