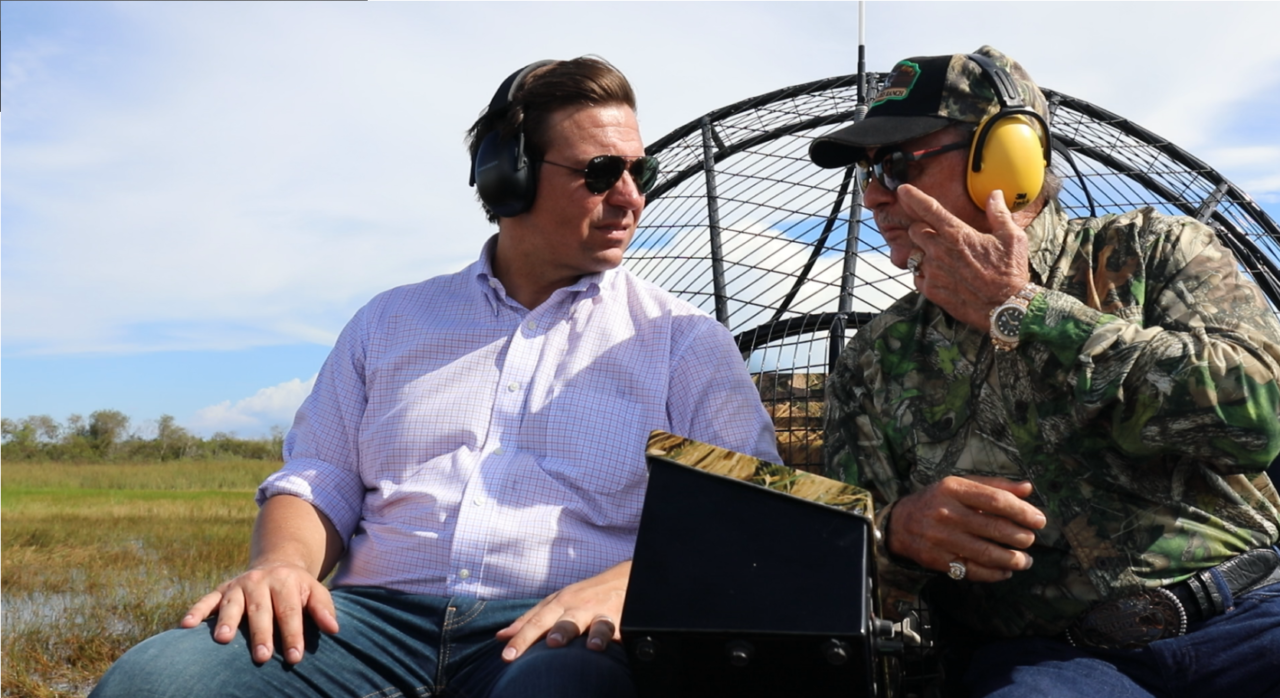 The Governor says the bill could've derailed his Everglades mission.

DeSantis, who issued a rare policy statement during the recent Legislative Session criticizing the initial version of the bill (SB 2508), said he vetoed the proposal after complaints from environmental groups. The Republican Governor announced the move Wednesday in Fort Myers Beach as he announced the approval of environmental and Everglades initiatives.

“I’ve heard you. We have vetoed that today,” DeSantis said.

The bill was a priority of Simpson, a Trilby Republican who is running for Agriculture Commissioner. It was also sponsored by Sen. Ben Albritton, a Wauchula Republican who is in line to become Senate President in 2024.

“We want to continue going on the path that we set out in January of 2019, and we don’t want anything to derail us from that, and I think there (were) a lot of people that put a lot of good input in, very, very passionate folks,” DeSantis said. “We hear you, and we’re going to continue on the course that we started a little over three years ago.”

When lawmakers made their final change to the bill in the closing days of the 2022 Regular Session in an effort to satisfy DeSantis and dissidents, the measure already required that water shortages within the Lake Okeechobee Region be managed under rules set up by the South Florida Water Management District (SFWMD). Language added to the bill in the final draft looked to give DeSantis and state lawmakers a say in any potential changes to those rules.

The bill also required the SFWMD “to certify that its recommendations to the United States Army Corps of Engineers comply with all district programs and plans” and “provide the certification before funds are released.” The latest version “clarifies that the certification and approval of modifications to plans does not constitute final agency action,” according to a document laying out the Senate’s offer.

The bill as originally written sought to ensure the U.S. Army Corps of Engineers did not reduce the amount of water available to “existing legal users.” But Albritton later amended the legislation to ensure that latter language did not impact SB 10, a 2017 law giving flexibility on how water can be moved throughout the region.

According to the Treasure Coast Newspapers’ Max Chesnes, who was the first to report the veto, DeSantis wrote in his decision that the bill may impact the timeline of Everglades projects and plans.

“While the bill that was ultimately passed by the Legislature is an improvement over what was initially filed, SB 2508 still creates unnecessary and redundant regulatory hurdles which may compromise the timely execution and implementation of Everglades restoration projects, water control plans and regulation schedules,” DeSantis wrote.

Critics claimed the bill would have prioritized the sugar industry to the detriment of the environment and other water users. Those opponents made a strong showing during legislative committee meetings this year.

“You can’t mess around with Everglades restoration or any of our major conservation programs and expect no one to notice,” Florida Conservation Voters (FCV) lobbyist Jonathan Webber said in a statement.

“FCV and many other environmental organizations sounded the alarm during the Legislative Session about the problems with SB 2508. Since then, thousands of Floridians have sent emails and letters urging a veto of this bad bill. The Governor made the right decision today, and hopefully, this will be a signal to lawmakers to stop using legislative tricks to sneak harmful environmental policy past the Florida public. We are watching.”

On Thursday, DeSantis approved $500 million in the $109.9 billion budget for the Everglades, including $352.6 million for the state-federal Comprehensive Everglades Restoration Plan that includes the Everglades Agricultural Area Reservoir Project. The funds helped push the state beyond his goal of $2.5 billion in Everglades spending with his fourth budget signed as Governor.

“There is no better friend of the Everglades than Ron DeSantis,” Everglades Foundation CEO Eric Eikenberg Wednesday.