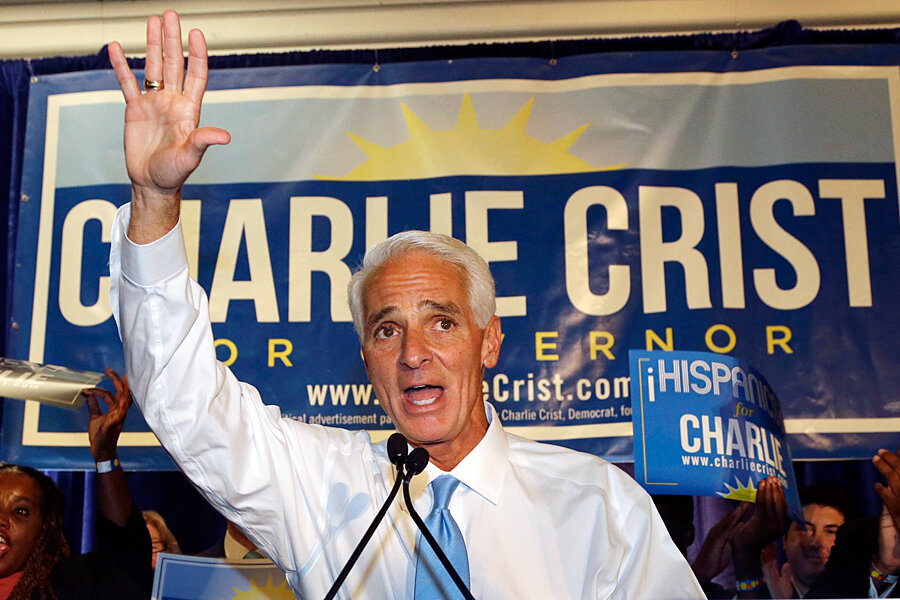 One of the Legislature’s most passionate voices for LGBTQ issues is speaking up for Charlie Crist and endorsing him for Governor.

Democratic state Rep. Carlos Guillermo Smith of Orlando Tuesday added his recommendation to the growing number of elected leaders who are getting behind Crist as the best candidate to beat Republican Gov. Ron DeSantis.

Smith, a three-term state Representative, said he was “proud” to endorse Crist for Governor. Right now, Crist is in a contest for the Democratic gubernatorial nomination against Agricultural Commissioner Nikki Fried.

“I trust Charlie Crist to lead our state forward and bring back decency to the governor’s office,” Smith said in a statement. “At Team Carlos, we put people over politics, are champions of equality and working people, and we stand up to special interests and corporations — and that’s exactly what Charlie stands for.”

“Rep. Smith is an inspiration and a champion for Florida’s LGBTQ+ community, and for everyone he represents,” Crist said in a statement. “His endorsement is a reflection of our campaign’s promise to always put the people first as we build a Florida where everyone has their voices heard.”

Crist’s record on LGBTQ rights is complicated by his previous political incarnation, however. He was elected Governor in 2006 as a Republican.

Back then, Crist supported the state law that stopped gays and lesbians from adopting children until it was overturned in the courts. Crist also supported a 2008 referendum that added a ban on same-sex marriage to the Florida Constitution. That toothless prohibition remains on the books.

But Crist has since been embraced by LGBTQ rights groups in subsequent elections. He was quick to denounce the Parental Rights in Education Law passed this year that more strictly controls schools’ discussions of gender identity and sexual orientation. He called it unconscionable, hurtful and harmful.

Crist also won the endorsement of Equality Florida in his 2014 run for Governor that pitted him in the General Election against then-gubernatorial candidate Rick Scott. Crist was chosen for that endorsement over Democrat Nan Rich, who had been a consistent advocate for LGBTQ rights.

The Florida LGBTQ+ Democratic Caucus has not yet made an endorsement in this year’s race for Governor.

But Smith is ready to go ahead.

“We need the best candidate on the ballot to unseat Gov. DeSantis and move Florida in the right direction,” Smith said. “That’s why I’m urging all of my supporters to get behind Charlie.”