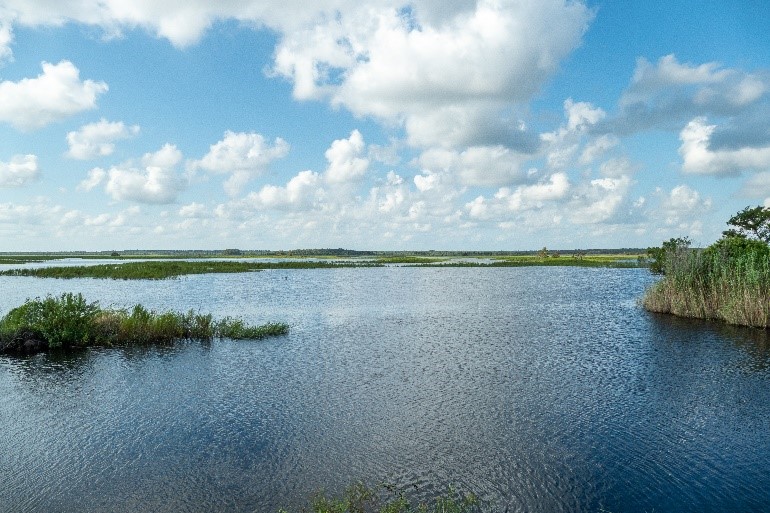 The new law creates last-minute pressure on all board members, even those in the middle of their terms, to qualify.

Florida now has stricter membership qualifications to serve on the boards of the state’s Soil and Water Conservation districts, and only days to qualify thanks to a measure Gov. Ron DeSantis signed this week.

The law (SB 1078) requires candidates for Soil and Water Conservation District boards, a volunteer public office, to either be agriculture producers working or retired after at least 15 years of work or be employed by an agriculture producer. The legislation underwent several iterations during this year’s Regular Session as St. Augustine Republican Sen. Travis Hutson continuously tweaked the bill after receiving significant pushback from interested parties.

The measure took effect immediately when the Republican Governor signed it late Wednesday night as part of a trio of bill signings. Friday marks Florida’s qualifying deadline for the 2022 election, creating last-minute pressure on all board members, even those in the middle of their terms, to qualify.

Hutson’s original draft would have abolished the districts altogether. He said he heard pushback in his district that they were ineffective. But after hearing support for the districts, he amended the measure to limit membership so there would be more involvement from the agricultural community.

The law also explicitly states all board member seats shall be up for election this year before returning to staggered four-year terms.

Rob Long, Chair of the Palm Beach Soil and Water Conservation District, is halfway through his second term of the board. His background is in civil engineering, not in agriculture, and he did not bother trying to qualify for re-election.

“I think the will of the voters has been subverted. I’ve never heard of anyone being stripped of their elected office halfway through their term,” Long told Florida Politics. “I didn’t know that was legal. I feel like it’s a civil rights violation.”

With the noon Friday qualification deadline, candidates had less than 48 hours to qualify or requalify, because even candidates who had already qualified had to recertify that they met the new requirements. The Florida Department of Agriculture and Consumer Services (FDACS), which works with the districts, didn’t deliver the new statement of candidate to some supervisor of elections offices until noon Thursday, giving some candidates less than 24 hours to respond.

With the new law, each district’s five board members must meet at least once per calendar year or else the district is immediately dissolved. If a district didn’t find a candidate to fill each supervisor slot — as Long fears happened in many, if not all, districts — the districts could be facing dissolution.

Democrats were united in their opposition against the measure, which passed 77-39 in the House and 21-16 in the Senate. St. Petersburg Republican Sen. Jeff Brandes also voted against the effort.

“Under this bill, a person without a high school diploma that’s been picking strawberries for the last 10 years would be able to serve on the board as opposed to a scientist from the University of Florida IFAS,” Goff-Marcil told lawmakers during debate. “We should all believe that Floridians should have the freedom to be healthy, prosperous and safe, which includes having clean drinking water.”

Florida has 56 active soil and water conservation districts. FDACS creates districts upon petition by landowners in the proposed district.

According to state statute, the districts are designed to “provide assistance, guidance, and education to landowners, land occupiers, the agricultural industry, and the general public in implementing land and water resource protection practices. The Legislature intends for soil and water conservation districts to work in conjunction with federal, state, and local agencies in all matters that implement the provisions of this chapter.”

FDACS Agricultural Water Policy Director Chris Pettit told a Senate panel in March that those districts work in partnership with FDACS to implement best practices and policies from the department, along with education and outreach components and engaging in agricultural projects that require engineering. He said it would be “wholly appropriate” for experts in fields like environmental science, education and engineering to serve in a district, even if they aren’t a farmer or employed by one.

“The ability to have specific expertise in engineering, science, education and outreach are vital,” Pettit said. “Generalists can go as far as they can go. I would call myself a generalist in many areas. There (are) just benefits to having the ability to draw from a broad pool of experts.”