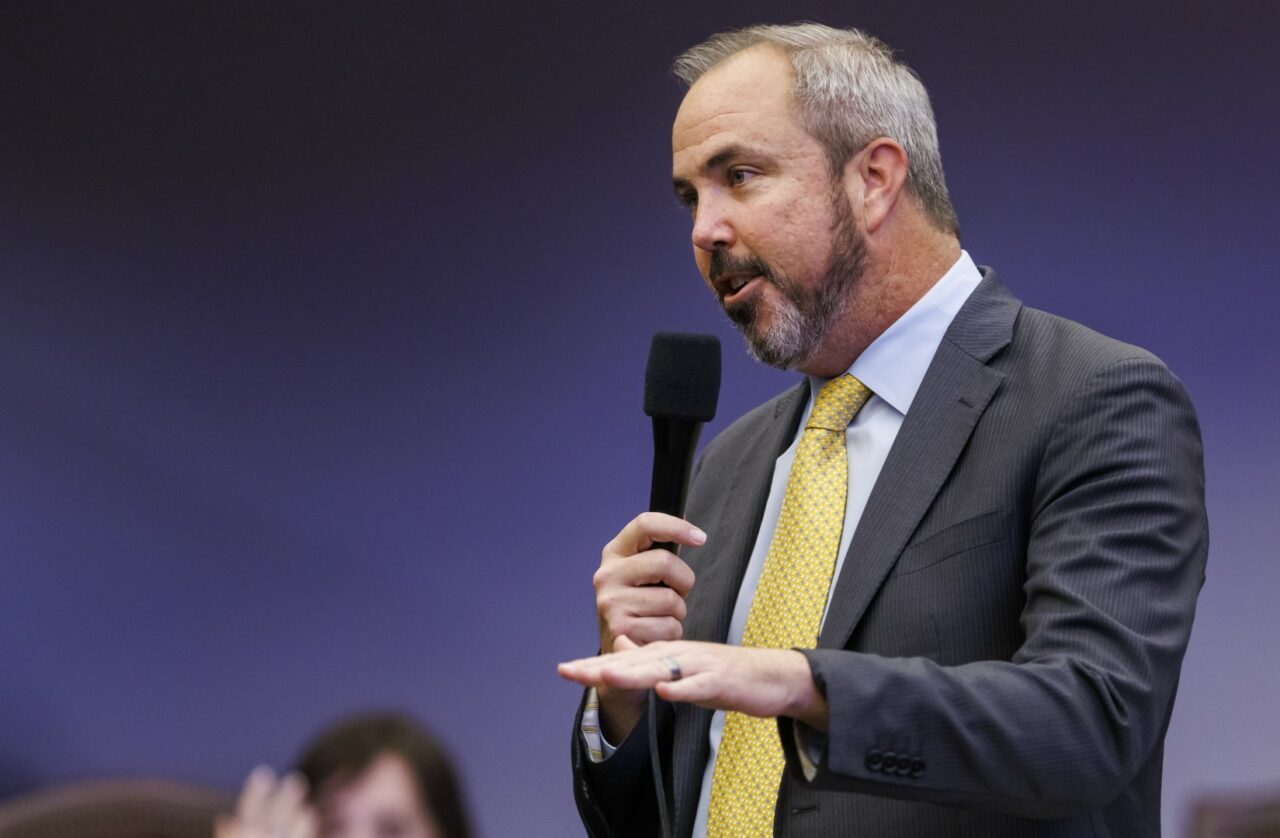 An intraparty grudge may have led a Seminole County activist to challenge Sen. Joe Gruters for his Sarasota seat in Senate District 22.

Michael Johnson, an activist with Grassoots for America, filed on Tuesday in Senate District 22. That’s an odd fit for a candidate living on the opposite side of the state. But documents obtained by Florida Politics show Johnson has taken issue with Gruters’ leadership before.

Specifically, leaders of the Seminole County Republican Executive Committee (REC) filed a grievance with the state party after Johnson attempted to host meetings of the county party himself without authorization. Johnson had tried to employ a provision that if 20% of REC members petitioned for a meeting, one would be held. Johnson wanted to hold one to call for new party leadership. But Ben Paris, Chair of the county party, declared the petition was invalid.

Ultimately, the grievance to the state party was handled through a normal process and Gruters, Chair of the Republican Party of Florida (RPOF), sided with party leaders and a legal opinion from Ben Gibson, the state party’s General Counsel.

“Any REC member attempting to unlawfully exercise the authority of the REC through this special meeting in violation of the RPOF County Model Constitution or the RPOF Rules of Procedure may be disciplined up to and including removal from the REC,” Gibson wrote.

Johnson ended up holding his own meeting with select party members on June 1 this year, where he disparaged members of the local and state party. There, Johnson and allies discussed that Gibson “does not know what he’s talking about” and that Gruters “has to go.”

In Seminole County, party leadership said Johnson has created significant disruption since joining the REC in 2021.

“Yeah he’s disgruntled,” said Linda Trozine, Seminole County state committeewoman. “How does he expect to campaign in Sarasota when he lives a couple hundred miles away in Seminole County?”

Jesse Phillips, Seminole County state committeeman, said Johnson has sometimes needed to be escorted out of meetings by police after interrupting business, sometimes as early as during the pledge of allegiance.

“It is not surprising Mr. Johnson would now file to run in an area he does not live solely to carry out a personal vendetta,” Phillips said. “We need to clean up our politics and put an end to these shenanigans.”

After the state party sided with local leadership, Johnson wrote a letter to Phillips expressing dissatisfaction with the decision.

“You are way out of line spreading false narratives about members rights under the RPOF County Model Constitution and RPOF Rules of Procedures and State Statutes pertaining to removing officers and holding Special meetings,” Johnson wrote.

He also accused Phillips and other party leadership of showing insufficient support for President Donald Trump and Gov. Ron DeSantis.

Johnson was reached by Florida Politics this week but declined to talk about his candidacy. He said he would offer a statement later in the week but to date has not done so.

Gruters, who co-chaired the Florida arm for Trump’s campaign in 2016 and led the party as Trump won Florida in 2020, declined to say much about Johnson.

“I hope the community that has elected me the last six years,” Gruters said. “I hope to make the case I can go back for another four years. This guy is from Seminole County. He is not running to make our community better. He’s upset at a ruling I made against him for not following the rules.”

previousPete Buttigieg: Feds may act against airlines on consumers’ behalf