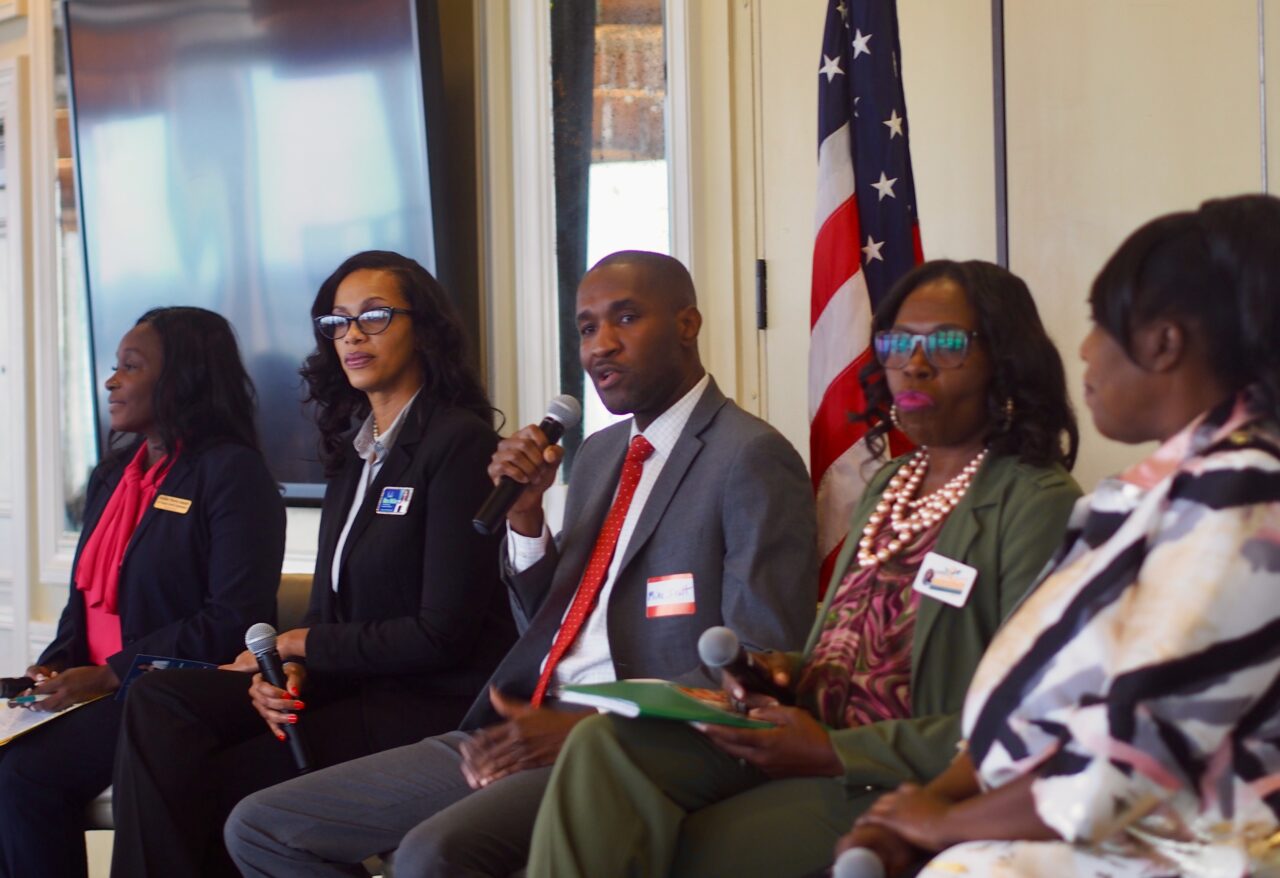 The widest-ranging debate took place Wednesday at a Tiger Bay of Central Florida forum featuring five of seven candidates in the county’s District 6 election, which has no incumbent because Commissioner Victoria Siplin is term-limited.

Gelzer, a longtime community activist and business owner, pressed hard on two points: that development needs to consider environmental impact, and that Orange County needs to rethink what could be possible outside of traditions, and then rewrite regulations to make it possible, such as to encourage widespread development of tiny houses.

“We have to look at what our policies are saying,” Gelzer said. “There are a lot of people looking at other ways to live in Orlando, to prosper in Orlando. So we need to make that change. If there is a policy forbidding it, let’s change it today.”

Pierre-Joseph, a real estate agent and educator, said her 20 years of experience in housing markets gives her the advantage of understanding market dynamics. She advocated a return to neighborhood stabilization programs, such as those used during the Great Recession, when so many people lost their homes to foreclosures.

Mims McGee, a builder and lawyer, suggested the county incentivize builders to develop affordable properties, “then we can negotiate a market rate. Then we can stabilize the market. Right now, outside investors are the ones who are pricing our residents out.”

She suggested using the tax credit program to create the incentives.

Johnson, a former legislative aide to Siplin and now General Counsel to the Orange County Clerk of Courts, agreed with Gelzer that county policies and ordinances have to be revisited, particularly when the permitting process drives up the price and availability of housing.

“As a daughter of a developer, I would first look at blighted communities, such as blighted hotels and motels, and encourage them to renovate them into housing. The next thing I would do is look at vacant land that the county has that can be developed,” Johnson said.

She also suggested the county could encourage more homeowners to open their properties to boarders.

Some rapid-fire questions found all but Gelzer, who offered a conflicted “yes,” would eagerly support seeing the county provide rent subsidies to help families stay in apartments where rent has skyrocketed. All except Gelzer and Johnson said landlords should be held accountable for high increases in rent.

Scott, an Air Force veteran and counselor, objected to the rent increase question being a yes-or-no query.

“I don’t think that business owners and developers shouldn’t be allowed to raise rent, because they’re in business to make money. But there has to be a happy medium in how those rates come about,” Scott said. “You need a tenant, but you also need a place to stay.”

“You’re going to pay on the front end or the back end, whether in programs or services,” Scott continued. “I think we have services, we advertise those services for those who are going through challenges, like for rental assistance right now, so people can have an opportunity to get over that bridge. Because everybody needs help sometimes.”

nextLast Call for 6.22.22 — A prime-time read of what’s going down in Florida politics