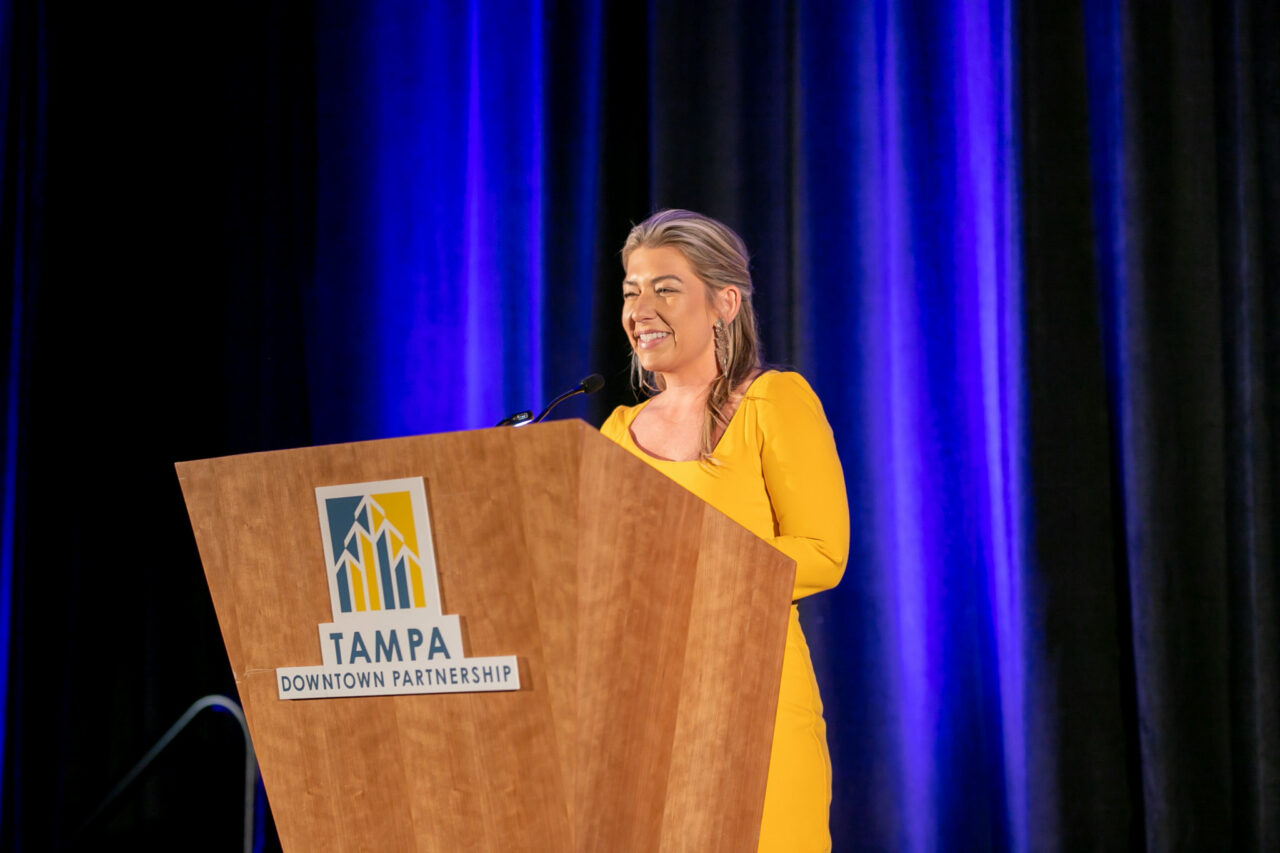 Ahern will succeed Wells Fargo’s Jim Themides, who will serve as immediate past Chair.

The partnership named Abbey Ahern its new board Chair, making her the first millennial to hold the position, according to a news release from the organization. Ahern is the founding principal of the commercial brokerage division of Dohring Ahern Appraisal and Brokerage, which she launched in 2005.

“We were able to maintain momentum for Downtown Tampa through the pandemic, working with all our partners, re-launching the programs people love. Now we’re continuing to support the energized and prosperous neighborhoods of Downtown,” said Lynda Remund, Tampa Downtown Partnership President and CEO.

Ahern will succeed Wells Fargo’s Jim Themides, who will serve as immediate past Chair.

“I’ve grown up alongside Downtown. When I was a young adult, gathering friends to fill planters with flowers along Franklin Street, our community was also blossoming — and so many of the ideas and events that made that blossoming possible came from the Tampa Downtown Partnership,” Ahern said in a statement. “Serving as board chair and helping support their incredible work is so exciting for me.”

The partnership has also named Jin Liu of Carlton Fields as the board’s Vice-Chair, Tim Koletic of Fifth Third Bank as Treasurer, and Stephen Panzarino of AECOM as Secretary.

Over the past year, the partnership has had several major accomplishments, including the installation of IKE Smart City kiosks, giving visitors interactive access to information and directions, as well as hosting the 67th International Downtown Association Conference.

The organization also saw the return of in-person events — this past Winter Village brought record attendance with more than 26,000 skaters and River O’ Green returned with an estimated 16,000 attendees.

“We’ve brought back events like River O’ Green and Fourth Friday, added smart kiosks to help visitors find their way, and hosted a worldwide conference of urban leaders. As more people than ever look to our region as a destination to ‘live, work, play,’ we are keeping Tampa’s Downtown at the forefront of that conversation,” Remund said in a statement.