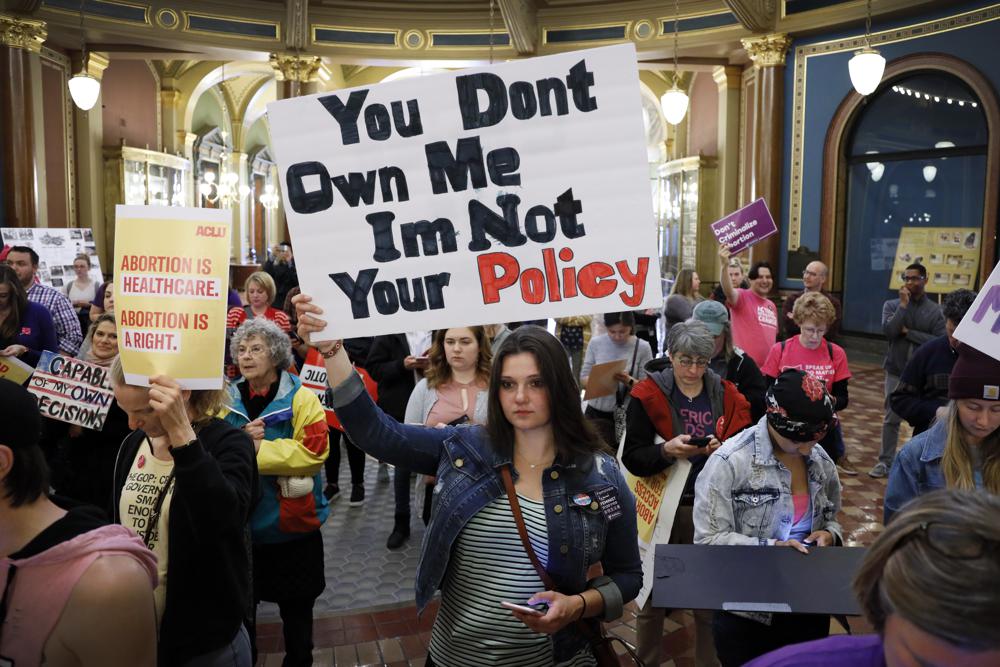 The message from the U.S. Supreme Court to women: The state now controls your body.

Welcome back to the dark ages.

No, that’s not a new Disney ride. For millions of women in Florida and beyond, it’s their new reality. Thanks (no thanks) to the U.S. Supreme Court Friday that said states have the right to decide abortion laws and not the federal government.

Women who wish to terminate a pregnancy only have two choices.

They can travel to a state that allows abortions or see the pregnancy through. Well, I guess there is a third option — a clothes hanger. That’s how women did it before the SCOTUS approved Roe v. Wade, a federal law that ruled states couldn’t outlaw abortion.

It stood for 50 years because the Court never changed a basic right that the previous SCOTUS approved. Instead, as grotesquely unbalanced and ideological Court gave control of women’s bodies to the states.

The ruling came one day after the Court ruled state government can’t restrict where people can carry guns because that’s in the federal sandbox.

Outgoing Republican state Senator Kelli Stargel led the charge this spring to outlaw abortions in Florida after a woman’s 15th week of pregnancy. Her campaign on that issue was successful, although I suppose it depends on which side of the abortion fence you reside.

When reporters asked her in January if the bill essentially eliminated abortions in Florida, she said it did not.

“That woman has every opportunity within that first trimester to make the decision based on whatever criteria she sets for herself and deciding whether or not she wants to continue her pregnancy or whether she doesn’t,” Stargel said.

But then she added a caveat.

“Obviously if the Supreme Court comes out with something, we will adjust accordingly, if necessary,” Stargel said.

Well, the U.S. Supreme Court came out with something on Friday.

It gave the lawmakers in various parties of freedom the opportunity to ban abortions outright.

Now, we wait for the Republican lawmakers in Tallahassee to, as Stargel said, “adjust accordingly.”

They’re on the clock.

That means Republican lawmakers like Sen. Dennis Baxley, Rep. Randy Fine, Rep. Anthony Sabatini and other residents of wingnut city can smugly chuckle as they force women into impossible decisions.

It also gives Gov. Ron DeSantis the chance to take another victory lap at The Villages.

What about the women, though?

If they are raped by their crazy drunken uncle and become pregnant, too bad. Florida’s current law already ruled on that.

The same goes for a teenager who gets pregnant at age 15.

There is conservative blather now about going after birth control devices like IUDs, the morning after pill, and so on. Lawmakers in some states talked about making it a crime for a woman to travel out of state to have an abortion.

It’s not enough for some to outlaw abortion, because far-right lawmakers and judges have the green light to ban stuff they don’t like.

In the brief overturning Roe v. Wade, Justice Clarence Thomas signaled that the Court should remove the right to same-sex marriage.

Thomas wrote, “In future cases, we should reconsider all of this Court’s substantive due process precedents” to those extremely personal issues.

And I wouldn’t be a bit surprised if some members in the Florida Legislature see that and think, hmmm, good idea.

It’s not a good idea, but that has never stopped them because freedom, Republican-style, isn’t free.