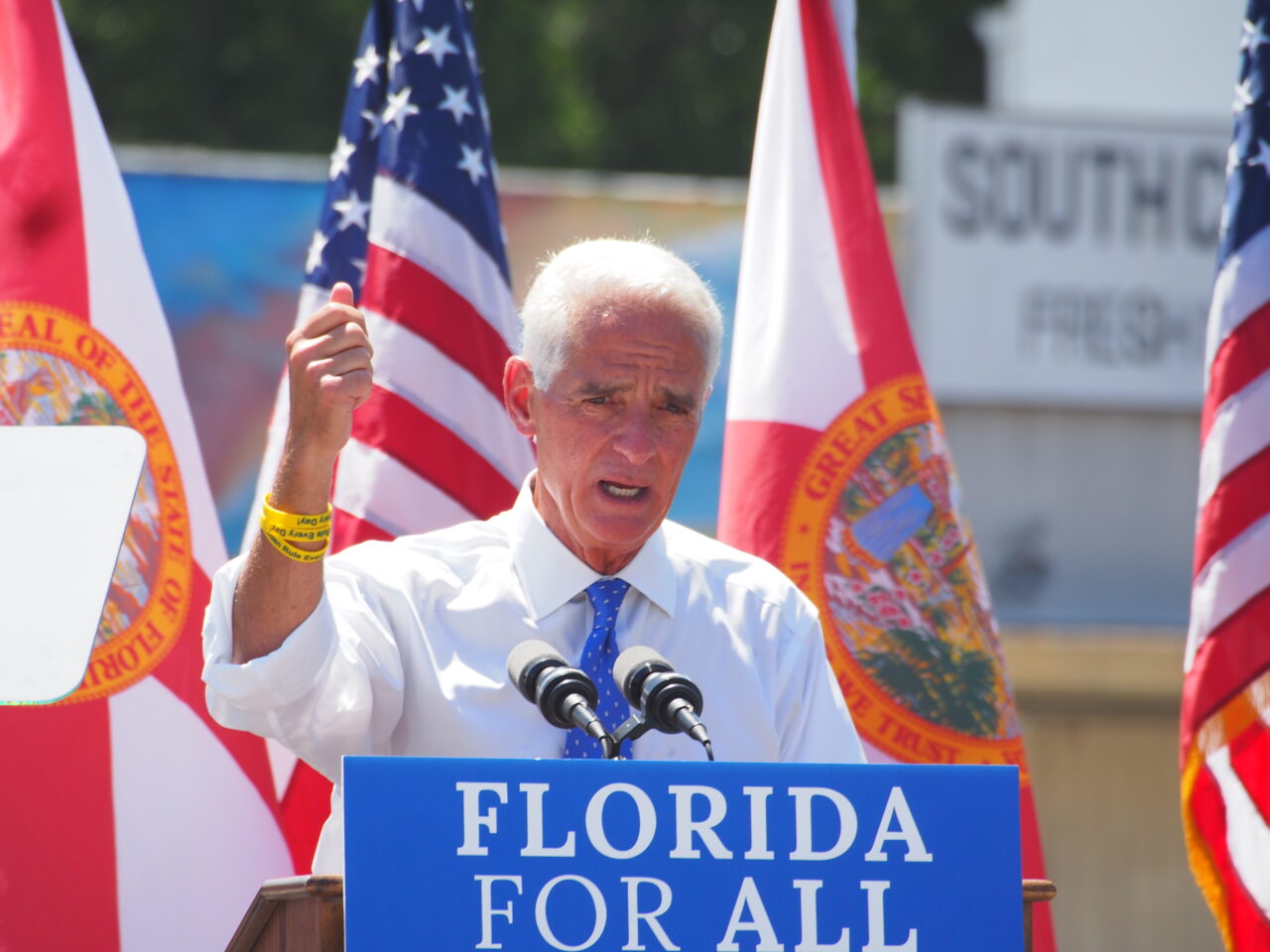 The endorsement for the former Republican Governor exhibits his mainstream Democratic bona fides in the coming election.

One of the state’s largest unions weighed in on the heavily contested Democratic Primary and in what they called a “landslide” vote Friday, decided Charlie Crist is the best candidate to beat Gov. Ron DeSantis.

Crist is in a contest for the Democratic nomination with Agriculture Commissioner Nikki Fried for the right to compete with DeSantis in November’s General election. And at the union’s convention in Orlando, 143,470 voted “yes” for Crist out of 162,979 votes cast.

“The Florida AFL-CIO believes that whether in Tallahassee or Washington, Crist has governed fairly and in a way that takes into account the workers that make Florida, and America, run,” the union tweeted Friday afternoon.

The Florida AFL-CIO lays claim to representing 500 local labor unions, 10 councils and over one million union members and retirees in the state. The Florida Education Association is the largest affiliate of the Florida AFL-CIO. And they, too, threw their support behind Crist earlier this month.

Crist in a statement said he was honored to get the union’s vote.

“Our teachers, our tradesmen, our state and municipal workers, these folks are the backbone of our workforce in Florida. And right now their freedoms, their freedom to organize, their freedom to advocate for better pay and better benefits, are under attack by this administration,” Crist said, in a statement. “Together we are going to take this state back for our working men and women.”

Crist was elected Governor as a Republican in 2006, but he later changed parties. Throughout the last year, endorsement by endorsement, Crist’s appeal to mainstream Democrats has become apparent.

Last week, the Florida chapter of the Service Employees International Union announced its support for Crist. By last October, Crist announced he had the endorsement of 100 elected and local leaders.

Fried’s campaign consultants last week released the results of their internal polling that shows that Crist’s front-runner status is small and tenuous, leading Fried 38% to 34%, with only the margin of error between them. Crist’s campaign has polls, however, showing him comfortably ahead in the Primary and the General.

Whoever wins the Democratic nomination has an uphill battle, however. Most polls show DeSantis beating either Democrat. And DeSantis has proven himself a fundraising juggernaut.

“With the strength of the (AFL-CIO), we’re going to unseat Ron DeSantis in November,” Phillip Jerez tweeted from an unverified account. “This is a huge endorsement and we’re proud to have their support.”

Crist said the issues make the case for him.

“It’s all on the line in November — the freedom to form a union, reproductive freedom, the freedom from politics in our classroom — and that’s why we are going to win,” he said.