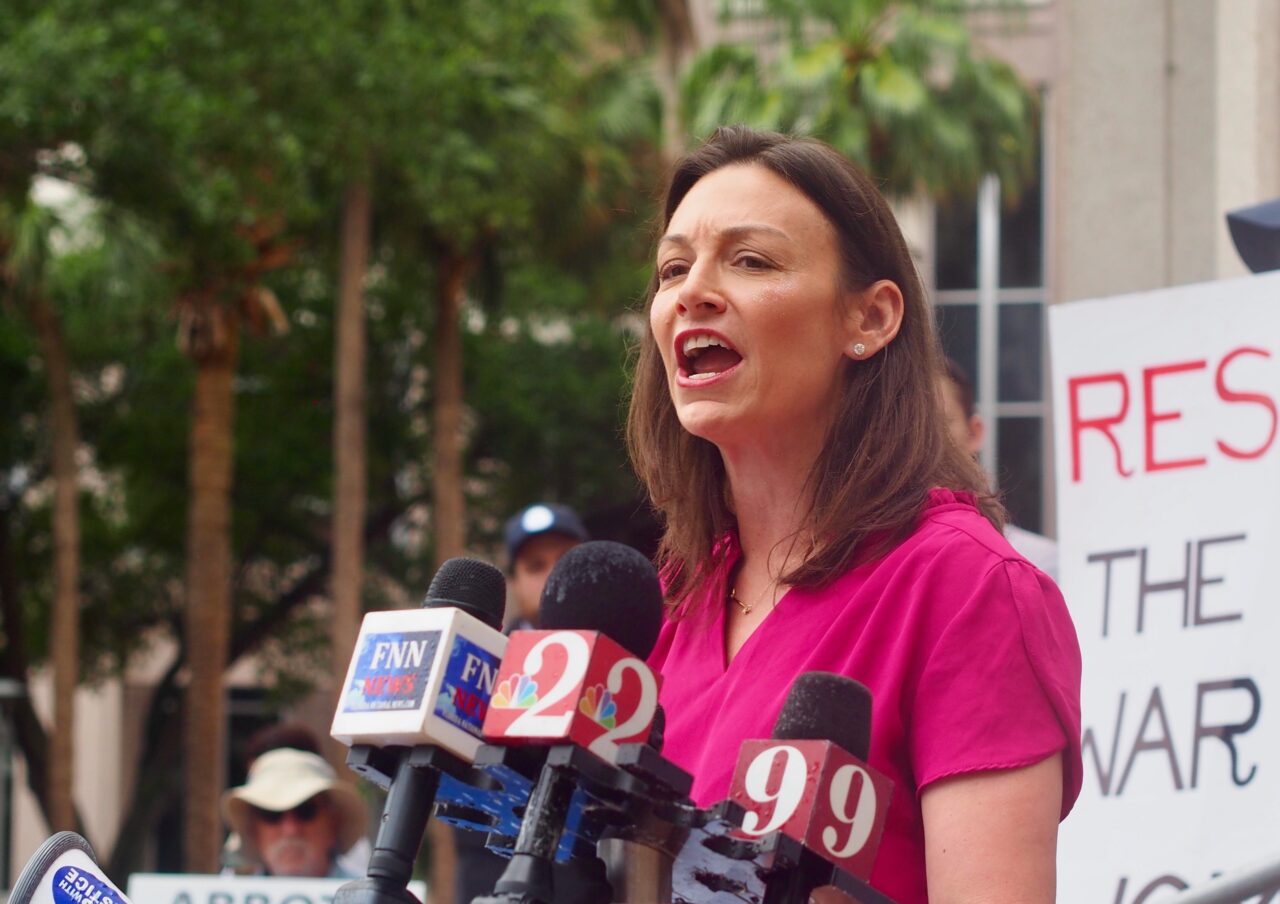 The poll appears to be an outlier from the few surveys released on the Democratic gubernatorial race.

Campaign consultants for Democratic gubernatorial candidate Nikki Fried say their internal polling shows she’s close in the Primary Election, with room to grow and a clear message about what Democratic voters want.

With another 29% undecided — even though the poll found Crist’s name identification level was quite high at 79% — Cate and Rosa Mendoza of Global Strategy Group told journalists Thursday they believe the gubernatorial Democratic Primary Election race is wide open. Cate called it a dead heat.

Crist’s campaign dismissed the poll’s results as full of contradictions, and suggested it shows Fried’s campaign going negative on Crist.

The Global Strategy Group poll, taken June 8-13 — after state Sen. Annette Taddeo withdrew from the Democratic gubernatorial race — also found that Democratic voters are most motivated by a desire to see Republican Gov. Ron DeSantis defeated and want to pick a nominee based on that prospect.

The survey also found that when pollsters endeavored to define Crist and Fried for respondents, Fried’s support strengthened considerably.

Nonetheless, Cate suggested that Fried’s campaign is not likely to spend a lot to try to define Crist negatively during the closing weeks leading up to the Aug. 23 Democratic Primary Election, at least not through advertising. Fried’s campaign has little money, and so can afford to spend little money on paid messaging.

Seeking to define Crist may be an objective left to public appearances, including the one debate being planned for the contest, Cate said.

Rather, he said, the campaign’s advertising effort likely will seek to convince voters that Fried has the more viable shot at defeating DeSantis in the General Election.

“You’re going to see … what Democrats actually want, which is a winner. It’s not more complicated than that. They just want to win, because there is so much at stake in this election,” Cate said.

From there, he argued, the goal will be to enthuse some Republicans and independent voters whom he defined as “middle finger in the air” voters who don’t want to vote for anyone they think is a politician. That means defining Fried as an anti-politician.

“There are f*** you NPA voters all over Florida. They hate every politician,” Cate said. “There are things that Nikki has said and done to show that she’s not a typical politician.”

First, however, Fried must prevail in what Cate said would be considered a come-from-behind Primary Election against Crist, someone with tremendous name recognition, more campaign money and a long and growing list of endorsements from across the political spectrum of Florida’s Democratic leaders, including Taddeo.

“The Fried campaign’s latest poll is full of smoke, mirrors, and, I would say, hype tactics that all contradict one another,” said Crist’s campaign spokesperson Samantha Ramirez. “It seems to me they would need a good chiropractor to undo all the knots they’ve tied themselves into to try to explain how Nikki Fried is going to win this race.”

The new Global Strategy Group poll appears to be an outlier among the few surveys released on the gubernatorial Democratic Primary, which all have shown Crist with much larger leads. A St. Pete Polls survey released in early May had Crist ahead of Fried 51% to 19%, with Taddeo siphoning off 5%, and another 24% of likely Democratic Primary voters undecided.

The Global Strategy Group poll was done with a combination of live telephone and text-to-web surveys of 600 likely Democratic Primary voters in Florida, with an oversample of 200 African American voters, from June 8-13, 2022. Pollsters cited a margin of error of 4%.

Among the survey’s results released Thursday by Cate and Mendoza:

previousFlorida’s python hunt challenge is back and applications are open