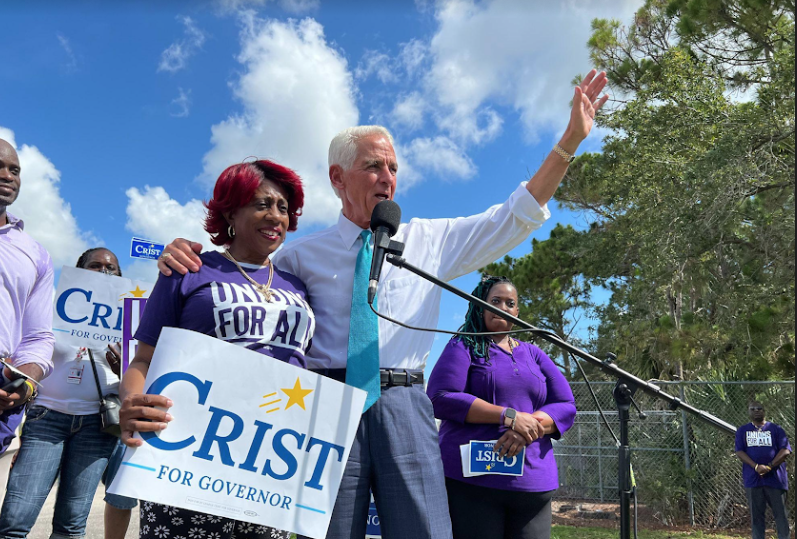 Continuing his efforts to round up labor union support, Democratic gubernatorial candidate Charlie Crist on Thursday picked up the endorsement of the Florida chapter of Service Employees International Union.

The union, which represents 80,000 professionals and workers statewide, also announced its endorsements Thursday of Democratic U.S. Rep. Val Demings for the U.S. Senate, former State Attorney Aramis Ayala for Attorney General, and former state Rep. Adam Hattersley for Chief Financial Officer, as well as of dozens of congressional, legislative and local candidates. That followed about 30 endorsements the union announced earlier.

Just about all the endorsements went to Democrats, but many of them are in Democratic Primary Elections, where the union approval could be a factor.

“This election comes at a critical time for working families and we must elect public officials that believe in protecting workers’ rights and in creating communities where all families and individuals can thrive,” said Martha Baker, president of SEIU Florida’s State Council.

“Working Floridians are the backbone of our economy and deserve the ability to support their families and live with dignity. We will continue to support candidates who have stepped up for the working people of Florida.”

The SEIU endorsement adds to several other labor union endorsements, including from teachers unions, which Crist has aggressively courted during his campaign.

“These are working people. SEIU is one of the most important unions in America today because they have courage and they do the right thing,” Crist said at a West Palm Beach announcement of the endorsements.

Among other SEIU endorsements announced Thursday:

previousLast Call for 6.16.22 — A prime-time read of what’s going down in Florida politics