In an interview aired Monday, U.S. Sen. Marco Rubio spoke with Spectrum News 13 Orlando about his race against U.S. Rep. Val Demings and his issues with the Biden administration’s handling of U.S. oil production, among other things.

The interview was conducted after the Florida Fraternal Order of Police endorsed Rubio over Demings, a former Orlando Police Chief.

“I can tell you why they decided to endorse me,” Rubio said, “because when police officers were in trouble, when they were being criticized, when their cars were being set on fire, when efforts in Congress were made not just to demonize police departments but to defund them, I was on their side and she went into hiding.”

He went on to criticize comments Demings has made about legislation that would allow individuals to sue police officers for misconduct.

“I think what makes it worse is that she used to be in law enforcement. She should know better, but because her party is controlled by radical anti-police elements and because she wanted to be picked as Joe Biden‘s Vice President, she decided that she would use the credibility she should have had from being a police officer to attack police officers,” he theorized.

Rubio also slammed the Biden administration over the rising price of gasoline and other commodities and pitched increased domestic oil production and reduced government spending as a way to counter inflation.

“Producing more American oil, providing more production of American oil is critical to bringing down inflation. The second is not pouring more government money into the economy right now. That is actually what hypercharged the current inflation we have. More money chasing less goods equals higher prices. Biden put 1.9 trillion dollars into our economy last April,” he said.

“As Florida’s State Fire Marshal, it is my duty to remind everyone that PTSD within the community of first responders in Florida is very real. While protecting our communities, these heroes are constantly exposed to unthinkable tragedy that puts them at a high risk for PTSD,” Patronis said.

“We must take every opportunity to stand with our first responders and make sure that they are receiving the proper care and benefits that they deserve. My office will continue to look for opportunities to fight for the well-being of these heroes every single day.”

In 2018, CFO Patronis advocated for PTSD legislation relating to benefits for first responders who are struggling with PTSD. He worked with numerous stakeholders through the rule-making process in 2019 and was successful in seeking legislative ratification of the rules providing PTSD benefits, including PTSD education requirements for Florida’s first responders.

—“DeSantis is the big winner of the Jan. 6 hearings” via Matt Lewis of the Daily Beast

—“Kelli Stargel mailer suggests she has DeSantis’ endorsement. She doesn’t.” via Peter Schorsch of Florida Politics

—“Roe is the new Prohibition” via David Frum of The Atlantic

—“Mike Pence leans in on abortion, as Trump, other potential 2024 candidates are more cautious” of The Washington Post

—“We looked to the Supreme Court to protect our rights; now, it is taking them away” via Diane Roberts of the Florida Phoenix

“Much ink has already been spilled over such weighty questions. This Court recognizes, however, that these questions are not purely academic. Their answers have very real consequences for students, teachers, parents — indeed, for all Floridians.” 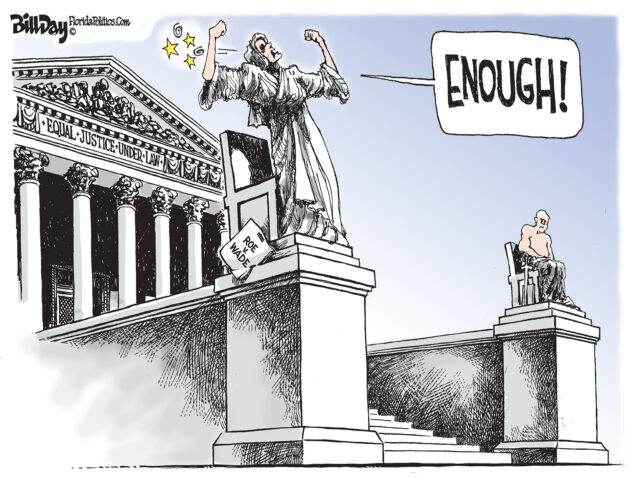 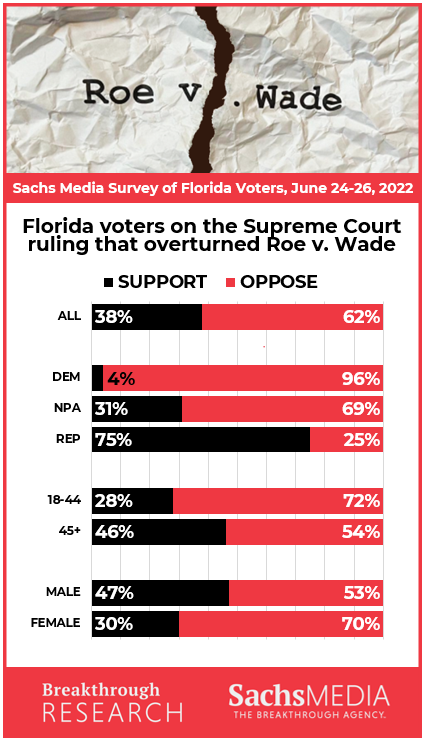