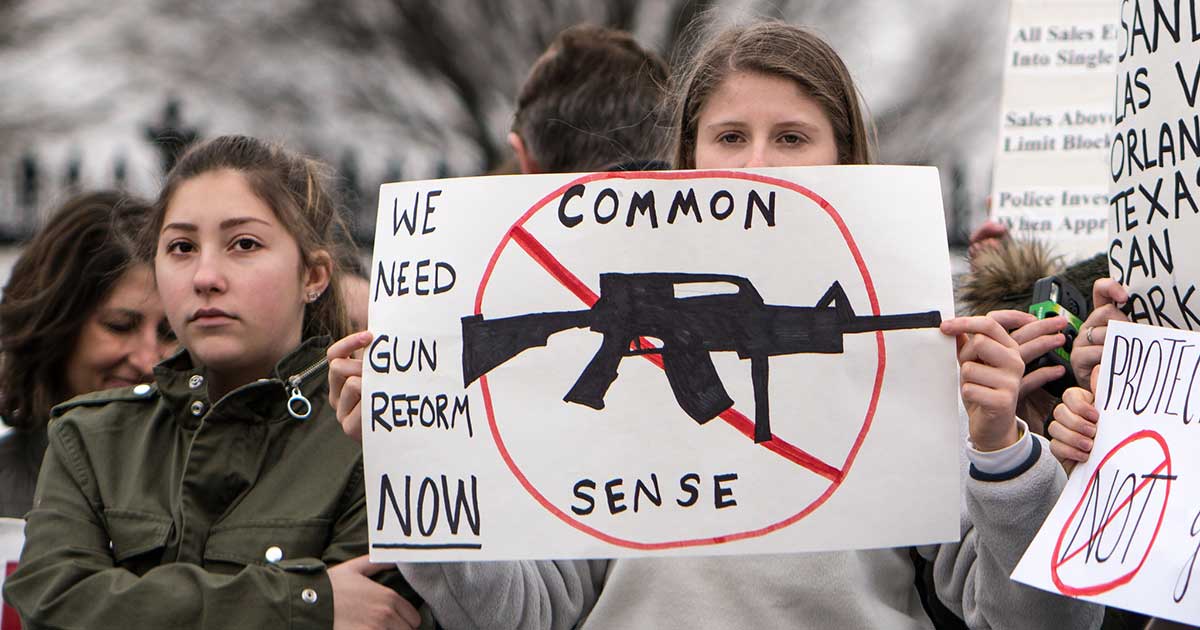 Despite high consensus among Floridians regarding gun regulation, state GOP leadership has made clear its not interested in looking into such reforms.

In the wake of recent mass shootings, a supermajority of Floridians have said they support stricter gun control measures, like universal background checks and red flag laws. That’s according to a recently released poll conducted by researchers from the University of South Florida and Florida International University.

The poll, which surveyed 600 Floridians from July 2 through July 10, found that Floridians — regardless of partisan affiliation — overwhelmingly support gun reform measures. Quotas were stratified by region of the state for geographical representativeness, and respondents were selected via stratified, quota sampling to ensure a representative sample (gender, age, race/ethnicity, education and party affiliation mirroring that of the state).

That broad support also crosses party lines — 96% of Democrats, 91% of Republicans and 91% of Independents said they supported universal background checks.

Despite high consensus among Floridians regarding gun regulation, state GOP leadership has made clear its not interested in looking into such reforms.

In June, Gov. Ron DeSantis Florida Democrats for their calls for a Special Session on gun violence, ending any chance the Democrats had at addressing gun reform. However, the Governor has vowed to expand Floridians’ ability to carry firearms, having promised to pass permitless carry legislation in recent months.

Respondents also showed overwhelming support for other gun reform proposals, including requiring a license to purchase guns classified as “assault weapons.” About 86% of Floridians support this measure, including 95% of Democrats, 79% of Republicans and 84% of Independents, while 11% oppose the idea. About 3% of respondents said they’re unsure.

Raising the age to purchase “assault weapons” to 21 years old found 89% support from Floridians, including 95% of Democrats, 81% of Republicans and 90% of Independents. That’s compared to 10% of Floridians who oppose raising the age requirement, and another 2% who are unsure.

Another measure — requiring a mandatory waiting period for all gun purchases — saw 86% support from Floridians, as well as a similar partisan break down as the previous. About 12% of Floridians oppose a waiting period, and 3% are unsure.

The poll also asked respondents about legislation banning individuals convicted of domestic abuse from purchasing a firearm, which 86% said they supported, and 14% opposed.

Floridians also supported “red flag” laws, which are state level laws that require the removal/surrender of firearms from individuals once a judge has declared that individual to be dangerous to themselves or to others. The survey found that 88% of respondents support Florida enacting “red flag” laws, and only 11% opposing.

Gun violence is a topic on Floridians’ minds going into the Midterms. The survey found it was the third most important issue to Floridians heading to the polls, beat only by inflation and the economy.

Most Floridians (59%) approve of the recent bipartisan gun reforms passed by Congress, which followed recent high-profile mass shootings in Buffalo, New York, and Uvalde, Texas. In Buffalo, 10 Black people were killed and three others injured at a supermarket. In Uvalde, a shooter killed 19 students and two teachers. The legislation cleared a week after a gunman in Highland Park, Illinois, killed seven people at an Independence Day parade.

The poll results are reported with a confidence level of 95% and a margin of error +/- 4.