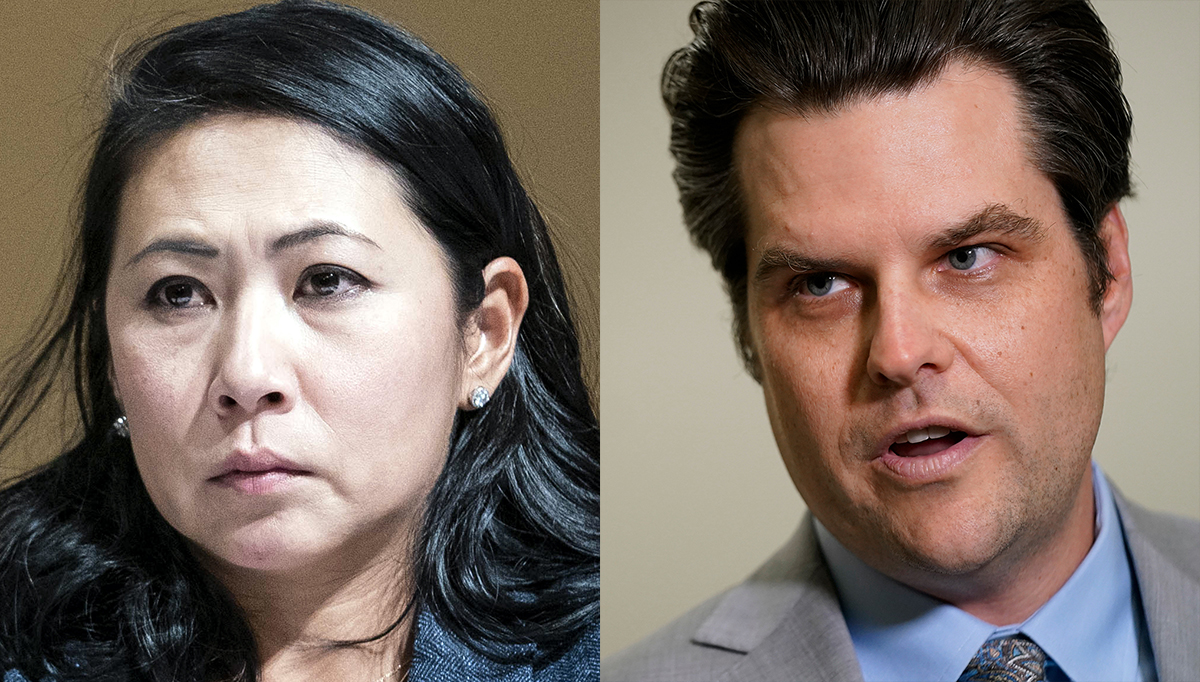 Gaetz said a 'collegial' meeting has been mischaracterized.

During a hearing of the Jan. 6 Committee, the Winter Park Democrat said 11 House Republicans convened with President Donald Trump to plot to overturn the 2020 election. Six of those members, including Gaetz, later sought pardons.

But the Fort Walton Beach Republican said the description of the Dec. 21 meeting was grossly exaggerated. He also said one of the Republicans in the room was Vice President Mike Pence, who ultimately refused to pursue a plan to reject state electors.

Murphy, one of seven Democrats on the select House panel, opened a Tuesday hearing with assertions Trump knowingly conspired to overturn legal and valid election results showing he lost to Democrat Joe Biden.

“We will show some of the coordination that occurred between the White House and members of Congress as it relates to Jan. 6,” Murphy said, “and some of these members would later seek pardons.”

A list of those who went so far as to ask the President to give blanket pardons were U.S. Reps. Gaetz, Andy Biggs, Mo Brooks, Louis Gohmert and Scott Perry, as well as Marjorie Taylor Greene, a Congresswoman-elect at the time. Those six and another five House Republicans all attended a Dec. 21 meeting at the White House to strategize with Trump, a week after members of the electoral college had convened throughout the country to certify election results.

Murphy hinted during a Meet the Press interview this weekend that this week’s hearings could turn more focus on members of Congress who played an outsized role in the attempt to disrupt the certification of Biden’s win.

For his part, Gaetz said the Jan. 6 committee cast the White House meeting as something dubious when it was actually cordial and orderly.

“Pence actually joined this meeting,” Gaetz tweeted. “It was thoughtful, collegial — even friendly. We ate Swedish meatballs in the Cabinet Room. Pence thanked us all for our service there.”

The members present all ultimately objected to Biden’s win when Congress convened to certify the electoral college results on Jan. 6. That process was disrupted when pro-Trump protesters invaded the Capitol, some calling to hang Pence for refusing to reject electors, something numerous legal advisers told him he had no power to do.

Gaetz’s actions have drawn the attention of the select committee before. In prior hearings, a video was played of Gaetz speaking to Turning Point USA, where the Congressman said: “Democracy is left undefended if we accept the result of a stolen election without fighting with every bit of vigor we can muster.”

Murphy said the rhetoric leading up to the election certification created a threat to democracy — and a violent one at that.

“President Donald Trump lost in a free and fair election. And yet President Trump insisted that his loss was due to fraud in the election process rather than to the democratic will of the voters,” Murphy said. “The President continues to make this claim, despite being told again and again by the courts, by the Justice Department, by his campaign officials and by some of his closest advisers that the evidence did not support his assertion.

“This was the ‘big lie’ and millions of Americans were deceived by it. Too many of our fellow citizens still believe it to this day.”