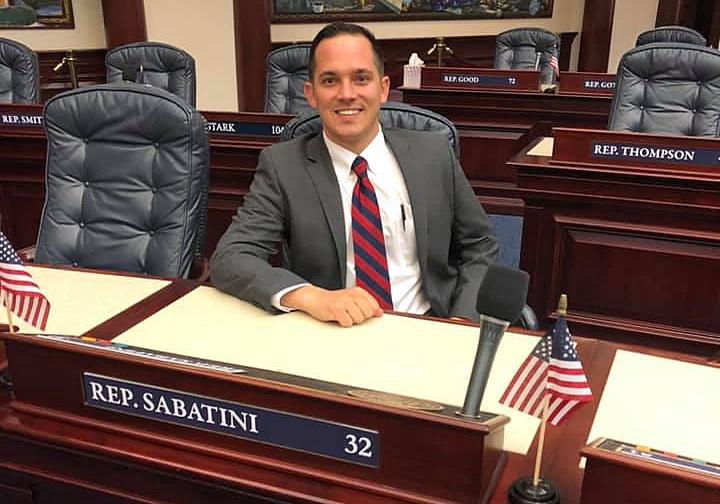 He's up on Cory Mills and Brady Duke.

Behind him is Cory Mills, an Iraq and Afghanistan veteran and the choice for 16% of voters. Brady Duke, the fundraising leader through June, comes in third place in this poll, with 9% of the vote.

But a full 42% of voters remain undecided in the Primary. Pollsters also report a sizable 5.7% margin of error.

FiveThirtyEight gives RMG Research a B- grade in its ratings.

Whoever wins the Republican nomination for the open seat likely heads into the General Election as a strong favorite. Under the new congressional lines signed by Gov. Ron DeSantis, about 52.1% of voters in CD 7 supported Republican Donald Trump in the Presidential Election and 46.57% backed Democrat Joe Biden. That’s a shift from the prior configuration of the district, where Biden won.

The organization, which advocates for term limits for members of Congress, noted that the top two polling candidates — Sabatini and Mills — both support that policy and have signed to support a constitutional amendment to hold House Representatives to three terms. Sturgill and Benfield also signed the pledge. Duke has declined.

The group also polled voters about term limits and found 93% of respondents support such a constitutional amendment, with 78% of voters strongly favoring the restriction.

“This poll shows that voters in District 7 want a pro-term limits candidate who will take on the Washington establishment,” said Nick Tomboulides, executive director of U.S. Term Limits. “It’s very encouraging that the leading candidates here have signed the pledge.”

Pollsters checked what length of tenure voters would like to see before term limits kicked in. About 73% of those polled favored limiting U.S. House members to three terms, while 20% would give House members six terms.

The poll shows particular disdain among GOP Primary voters for President Joe Biden. Just 2% of those sampled approve on the President’s job performance, while 98% disapprove and 96% strongly disapprove.