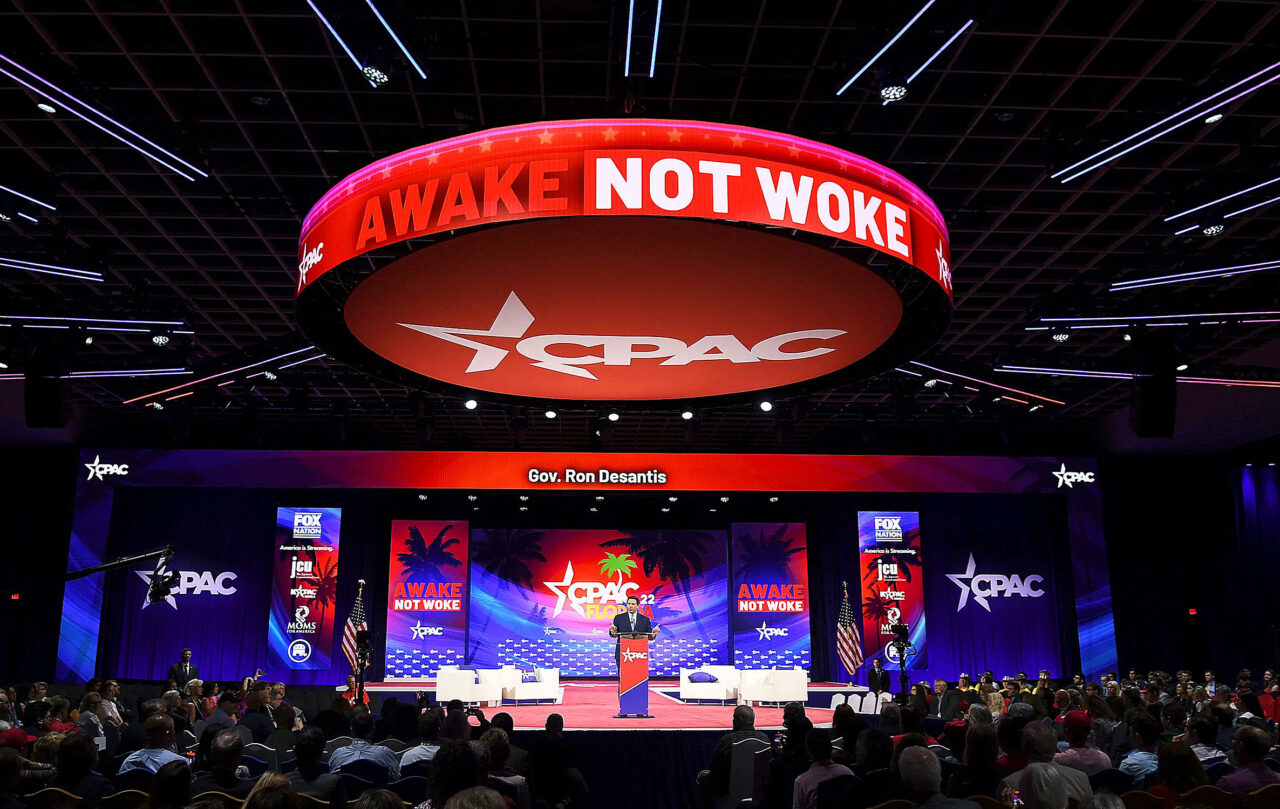 The Governor plans to campaign for three high-profile out-of-state proponents of the Big Lie.

Last weekend, multiple speakers at the Conservative Political Action Conference continued to spew the fable that forces of Democrat darkness stole the 2020 election.

It was a cabal of crazies, and they didn’t tolerate the confusion of facts. They were funny for a while, but these kooks keep coming. They need eviction from the conversations of serious people.

So, we ask, why would Gov. Ron DeSantis campaign in other states for overt election deniers?

“Yeah, I do,” Vance said when asked if he believed in a stolen election.

He wants to be a U.S. Senator.

Mastriano made up all sorts of fibs about the election. He wants to be Pennsylvania’s Governor.

“Kari Lake won this tough race in which was outspent 10-to-1 by sticking to the key, vital issue that the 2020 election in Arizona, and nationwide, was rigged and stolen,” a Donald Trump official told POLITICO.

Supporting the lunatic fringe of the Republican Party is risky for the Governor. While these appearances could please the Trump wing, they also could make middle-of-the-road voters rethink whether they believe DeSantis is more than just another MAGA wing nut.

If at least a couple of them lose, it dilutes his brand. If all three lose — a distinct possibility — DeSantis’ bold image becomes attached to losers.

DeSantis was among the prominent Republicans who did not attend the CPAC hootenanny last weekend. That was a smart move on his part.

However, Florida Sen. Rick Scott spoke at the Conference, and he came off like a wild-eyed zealot who was on the edge of out of control.

“The militant Left has now taken control of our economy, our culture and our country,” Scott said. “When you turn on the news at night, do you even recognize the country you see?

Well, not when CPAC is in session.

But go on, Senator.

“Great nations don’t automatically last forever,” Scott said. “A great civilization is not conquered from without until it has first destroyed itself from within. Think about that. Great civilizations that have collapsed or been conquered by a foreign adversary were first hollowed out from the inside.”

Let’s see: Scott was on the Senate floor on Jan. 6, 2021, when insurrectionists attacked the Capitol to stop the certification of President Joe Biden‘s victory. That seemed fairly damaging to our great nation and came from within.

Scott continued: “In their new socialist order, everyone will obey, and no one will be allowed to complain.”

Scott said the so-called “woke Left” is the “modern-day version of book burners” and the “most narrow-minded, intolerant people our country has ever seen.”

Now, it seems, DeSantis wants to help other states enjoy the same “freedoms” we have in Florida by banning anything they don’t like.