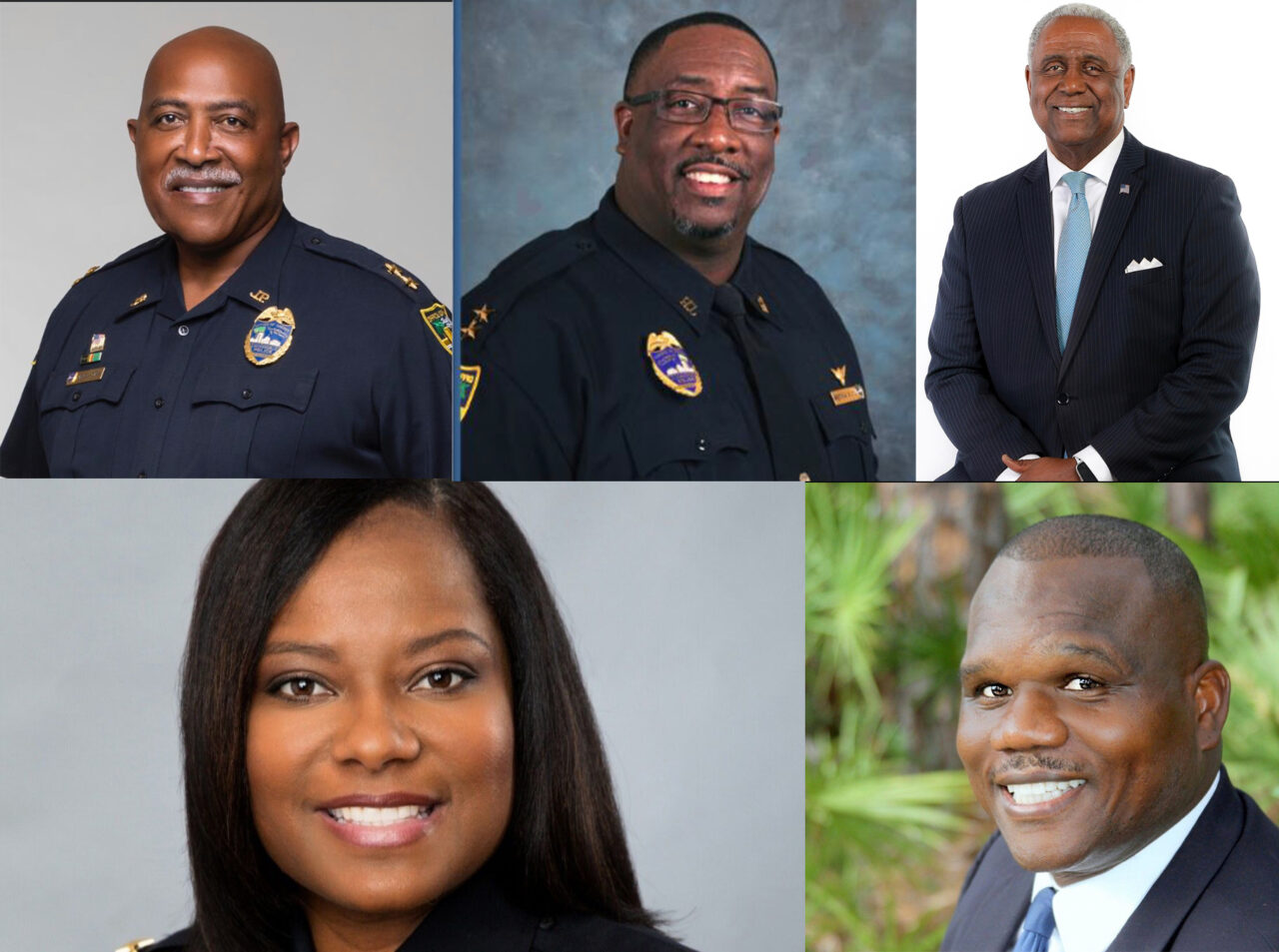 Unless one candidate gets a majority, the top two will face off in the fall.

The five candidates running for Jacksonville Sheriff in this month’s Special Election made their cases during the sole television debate of the campaign Wednesday night.

Jacksonville University hosted the four Democrats and one Republican, all of whom square off on the Aug. 23 ballot, with the top two finishers advancing to a November runoff in the General Election.

Jacksonville’s normal municipal elections are in 2023, but the early departure of former Sheriff Mike Williams prompted a Special Election. Regardless of the outcome in August and November, another campaign next year will take place.

The leading fundraisers in the field have been Democrat Lakesha Burton and Republican T.K. Waters. Burton has raised over $1.25 million between her campaign account and political committee, Make Every Voice Count. Waters, who has been endorsed by Gov. Ron DeSantis, has taken in close to $1.5 million, and (at this writing), is still over $1 million cash on hand.

“It’s time for change,” said Burton. “Public safety is the #1 concern of citizens around the city.”

Current strategies “have simply not worked,” said Burton, who notably backed the re-election campaign of Republican Mike Williams four years ago. She wants a return to “community policing,” something she did as a zone commander in her most recent post.

Waters, when asked what he would do differently from previous Sheriffs, said he would be more visible in the community, an ironic comment given the previous Sheriff moved out of the county long before he resigned.

Waters also spoke of work he did in office, including suggesting State Attorney Melissa Nelson prosecute local rappers who brandish guns and talk about murders in their videos.

With Waters alone in the Republican lane, the real drama going into the debate was whether any of the other three Democrats in the field could make headway despite cash disadvantages. Previous candidates Tony Cummings and Ken Jefferson, as well as first-time candidate Wayne Clark, attempted to make their cases.

“Law enforcement is one of those few professions where people give the power when necessary to take away a life and also take away freedom. With much power comes much responsibility,” Clark said.

Clark stressed his own experience as a potential counterweight to the city’s murder rate, noting he was part of a reduction in the murder rate from highs in 2007 to what he called a “25-year low.”

Cummings noted that in 2015, he said the city was hemorrhaging from violent crime, and the same is true seven years later, noting that Waters, in his role as chief of investigations, could be blamed for some of that.

“He failed to do his job,” Cummings said.

“We have a lot of work to do,” Waters conceded.

Jefferson suggested that “working with the community” is what’s necessary to keep Jacksonville from remaining the “murder capital of Florida.”

“You can get a gun as easily as you can get a Subway sandwich,” Jefferson said, advocating “stiffer penalties” for gun owners whose weapons are used in crimes.

Jefferson said it was important to be “in the community” and to be “relevant.”

“I don’t want the fanfare, the glitter, or the paparazzi following me,” Jefferson said.

Real reform proposals were few and far between, despite a field crowded with Democratic candidates.

Jefferson and Burton want the Florida Department of Law Enforcement to look at officer-involved shootings. Cummings, meanwhile, advocated for a public accountability office in JSO as well as a civilian review board, proposals he has made before but that have not been championed by the rest of the field.

“If you watch that 9:29 video of a law enforcement officer, a person who was supposed to protect and serve, kill George Floyd, and you don’t support reform in the Jacksonville Sheriff’s Office, you shouldn’t be on this stage, folks,” Cummings contended.

Though reform proposals were a matter of debate, the candidates could all agree on one thing. No one wanted to see moves to “defund the police,” a highly unlikely prospect given the supermajority GOP City Council and the $540 million proposed JSO budget in the next fiscal year.

All candidates also offered soaring rhetoric about “transparency,” which is a perennial topic in recent sheriff’s races in Duval County.

previousLast Call for 8.10.22 — A prime-time read of what’s going down in Florida politics