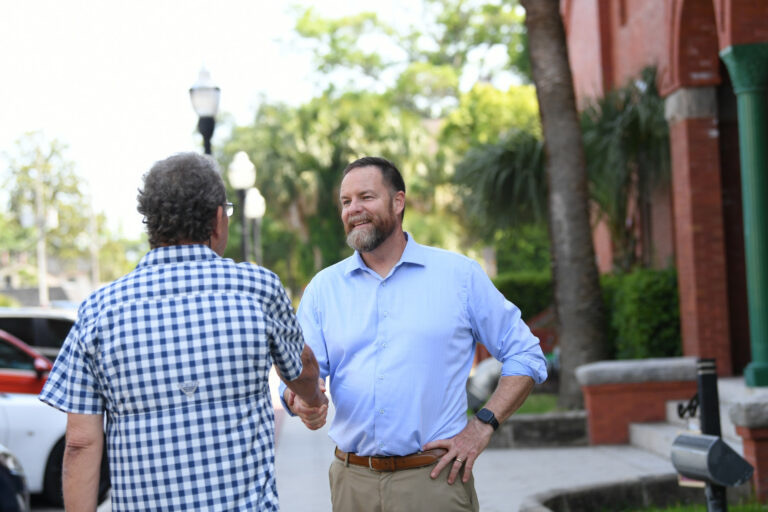 Bean raised more than half a million dollars since kicking off the campaign in early June.

Despite getting a later start on the campaign, Sen. Aaron Bean helped cement his position as the frontrunner in the Florida’s 4th Congressional District Republican Primary by regularly outraising his opponents, and coming up on Primary Election Day, he’s outspending his opponents as well.

Bean showed around $95,500 on hand going into the last weeks, and he’s raised more than half a million dollars since kicking off the campaign in early June.

Navy veteran and businessman Erick Aguilar, who began his campaign before the latest redistricting effort, reports more than $733,000 on hand. He drew more than $27,600 from individuals in the last reporting period, though just under $9,000 of those contributions are itemized. Aguilar also added $5,000 from himself to the effort. During this time, the campaign spent close to $62,800.

Contributors to the Bean campaign in the pre-Primary period included Johnson & Blanton partner Travis Blanton, who gave a combined $5,800 — one $2,900 for the Primary, one for the General Election. Chris Corr, Rayonier’s Senior Vice President for Real Estate Development, gave $2,900, as did state Senate Republican Majority Leader Debbie Mayfield.

On the spending side, the campaign doled out $130,000 to Maryland firm Mentzer Media Services for media buys, spent nearly $34,800 with the Stoneridge Group for media buys along with printing and postage, more than $15,700 to Bascom Communications of Tallahassee for consulting and advertising, and more than $12,100 to the Pass Consulting Group for travel, lodging, meals and event supplies.

The campaign also spent around $9,200 with Carroll and Company of Tallahassee for accounting, paid more than $8,600 to Campaign Graphics of Arizona for signs, $6,000 to Florida Finance Strategies of Tallahassee for consulting, and around $3,000 split between Tallahassee’s Coates Law Firm and Michigan’s Dickinson Wright PLLC for legal services.

Aguilar’s contributions show the same out-of-state small-dollar activity that attracted attention to his fundraising tactics earlier in the campaign. Defend Liberty, Aguilar’s federal committee that receives the same sort of recurring small contributions, transferred $3,500 to the congressional campaign as well.

One of the more curious campaign expenditures was $5,000 sent to the Future of Liberty Fund, a Tampa-based political committee that had all of $200 given to it by September 2021, and then virtually no financial activity until Aguilar handed over his $5,000 in July.

After Aguilar gave his money, the Fund spent more than $3,500 with North Carolina business Telepathic Graphics for printing. The Aguilar campaign gave the group another $3,000 on Aug. 2, but didn’t report it to the Federal Election Commission with other Aug. 2 expenditures.

The campaign spent more than $24,100 with AD Marketing of Jacksonville, nearly $15,900 to WinRight Strategies of Coconut Creek, more than $11,000 with the aforementioned Telepathic Graphics, nearly $5,000 to Saay Messaging Tools of San Francisco for texting services, and around $3,350 to Reed + Company of Arkansas for consulting.

Health insurance contract analyst Jon Chuba, also in the race, received $331 in unitemized contributions, spending close to $5,500 and coming away with less than $4,500 on hand.