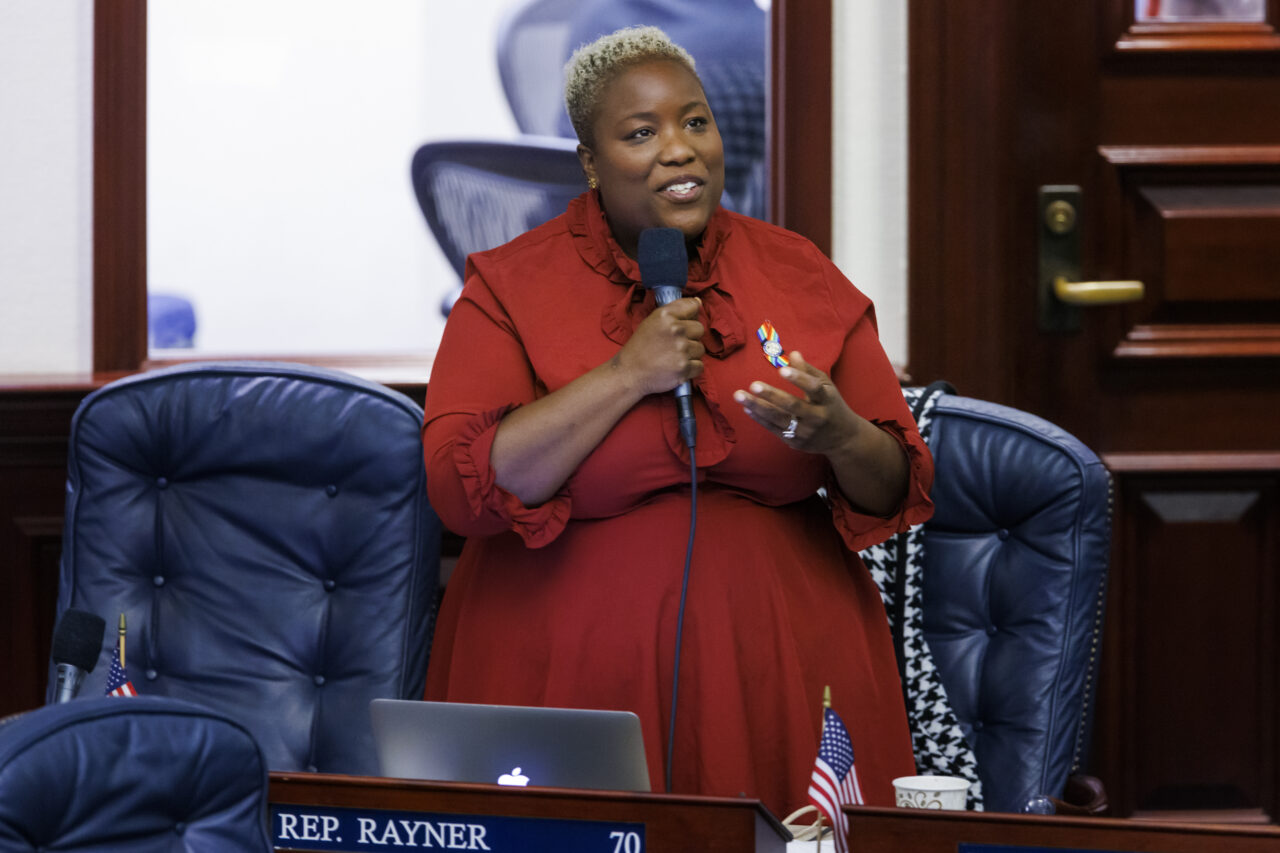 Rayner has led the fundraising game since she entered the race, and has shown no signs of slowing down.

The Florida Education Association is giving Rep. Michele Rayner a $10,000 boost via her affiliated political committee just ahead of the Democratic Primary, in which she faces former Rep. Wengay Newton.

Rayner has led the fundraising game since she entered the race, and has shown no signs of slowing down. In the first week of August, Rayner collected $19,657 between her campaign and affiliated committee, Progress for All. Newton raised $1,705 in the same timeframe. A third candidate, Jesse Philippe, reported $1,818 in self-funding during the last period.

Rayner’s campaign saw 65 contributors in the first week of August, including seven $1,000 donations from the local electrician union, united health care workers, South Florida Citizens for Justice and a Realtor’s PAC. She also received support from fellow legislators, including $1,000 from a committee affiliated with Rep. Kristen Arrington, as well as $100 from Rep. Anna Eskamani.

Newton saw eight donors in the same period, including a $1,000 donation from Phares Risser of Risser Oil.

As for spending, Rayner dished out $5,875 in the first week of August, including $4,650 on campaign management, nearly $900 on texting services and the remainder on processing fees and postage. Rayner’s affiliated political committee did not report any spending this last period.

Newton spent $3,319 during that week, including $2,500 on consulting services and about $500 on printing and advertisements. The remainder was divided among parking, tolls and processing fees.

Philippe spent $1,926, with $1,800 going to marketing materials and the remainder on canvassing fees.

Part of Rayner’s substantial funding comes from her suspended congressional bid. She decided to end her candidacy due to a controversial redistricting plan, which turned Florida’s 13th Congressional District from purple to a light shade of red. The new district extends further north into traditionally red parts of Pinellas County and eliminates parts of St. Petersburg, the currently drawn district’s largest city and a Democratic stronghold.

Rayner currently represents House District 70, which covers parts of Hillsborough, Pinellas and Manatee counties. With the new maps, she’ll be running in House District 62, pitting her against Newton in the Primary.

Newton held the HD 70 seat before Rayner. He unsuccessfully ran for Mayor of St. Pete in 2020.