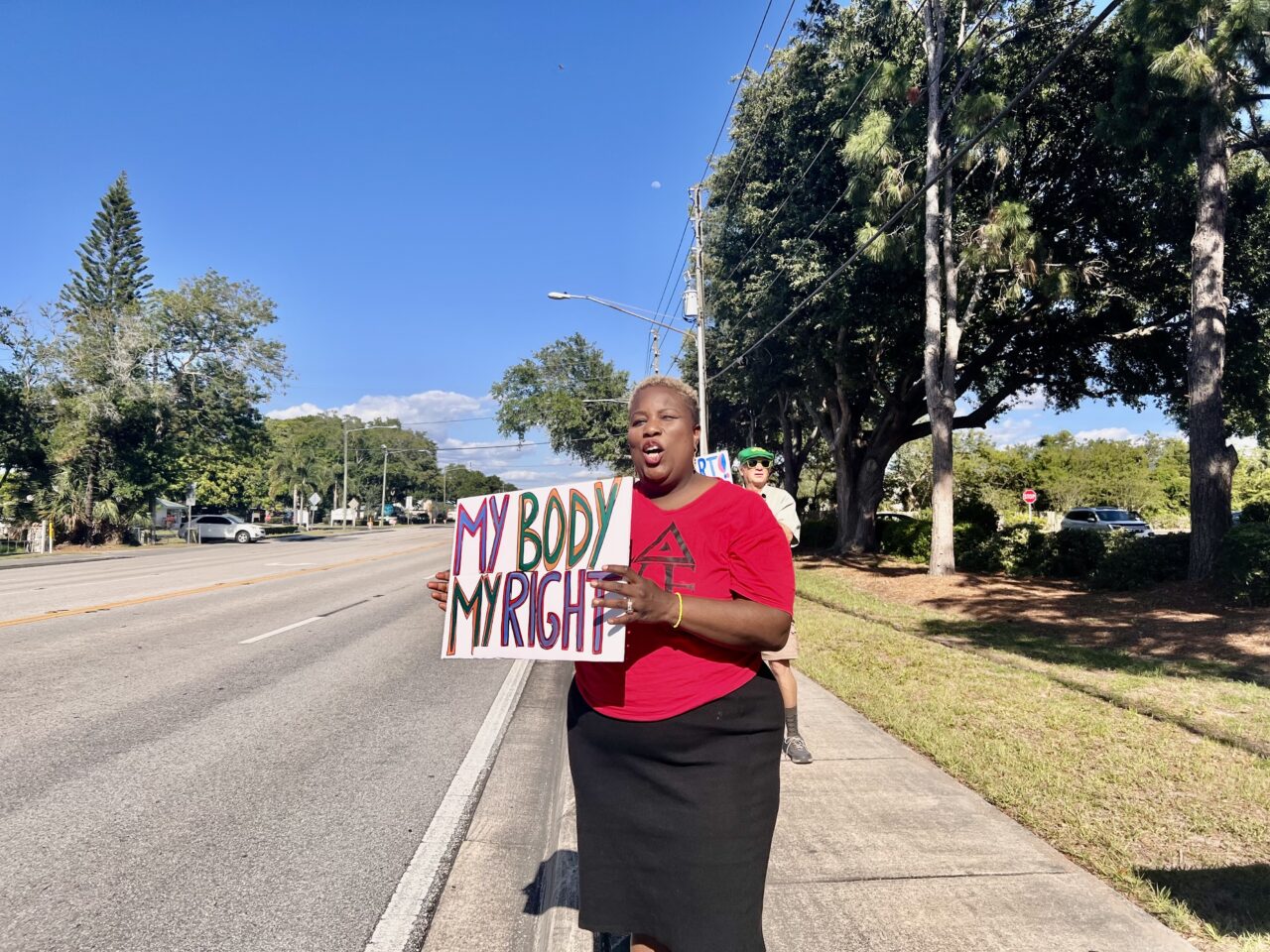 Rayner will stay in the state House to fight Gov. Ron DeSantis, who she calls a 'monster' and 'tyrant.'

State Rep. Michele Rayner will not seek the Democratic nomination in the race to represent Florida’s 13th Congressional District. She will instead run for re-election in the state House, albeit in a newly drawn district.

Rayner said her decision was largely based on Florida’s controversial new congressional maps.

In an unprecedented move, the Governor drew his own map for the decennial redistricting process, bypassing a duty usually left to the Legislature. Democrats and advocates for Florida’s Fair Districts amendment said the approved maps violate Florida laws by reducing minority representation and manipulating boundaries to concentrate Democrats into fewer districts, giving Republicans more representation. Lawsuits have been filed challenging the map on those grounds.

Rayner said the decision was not easy, but she saw the “writing on the wall.”

“We have these maps that are partisan, racist, and gerrymandered. I believe they are illegal,” she said. “It really goes to Ron DeSantis being a cowboy in the wild, wild West. It is impossible to have free and fair elections when you rig maps in elections in favor of one party and one group of people.”

Florida’s districts are supposed to be narrowly tailored, compact and as contiguous as possible. Rayner said the DeSantis map violates those rules by the way it splits the new CD 13. The new district extends further north into traditionally red parts of Pinellas County and eliminates parts of St. Petersburg, the currently drawn district’s largest city and a Democratic stronghold.

One of Rayner’s Primary opponents and Florida House colleague, state Rep. Ben Diamond, left the race last week after the St. Pete resident, and the entirety of the district he currently represents in the state House, was drawn out of the new CD 13.

In March, Matt Isbell, founder of MCI Maps and a Democratic political consultant, said DeSantis’ map is a “walking lawsuit” and “Florida will end up in court.” His vision came true. A North Florida Judge appointed by DeSantis has already ruled parts of the map unconstitutional, though that ruling is on hold. Despite passing the map, members of the Governor’s own party, including House Speaker Chris Sprowls, criticized the map before ultimately signing off.

“It’s very sad that because of this racist, partisan gerrymander, you’re pushing out candidates who have served their community for a great length of time and don’t have the opportunity to do it at another level,” Rayner said.

“I ran for Congress because I know the moment that we are in, and I want to continue my public service. And I understand the moment we are in here in this state as well. Each decision to run for Congress or to come back to the House was not made lightly. The politics part is not really my thing. The service part is.”

Rayner has argued Republicans in the Legislature and the Governor are “out of control” and have waged war on marginalized communities in the state. Rayner, who is the first openly Black queer woman elected to the Legislature, said there are fights the federal government has been unwilling or unable to take up that she can take on in the state House.

She argued leadership is sacrificing the needs of everyday Floridians in favor of victories in manufactured culture wars, like the Governor’s battle against Disney and his attempts to regulate the teaching of American History in classrooms. At an abortion rally in Dunedin last Monday, Rayner said the Governor’s behavior is that of a “monster” and “tyrant.”

Rayner said she plans to continue focusing on expanding freedoms and liberties and solving pressing issues the state faces, like access to affordable housing and addressing food deserts. She’s already introduced a bill to make building affordable housing easier and said much of her strength comes from reaching across the aisle.

“You can be effective but principled. For me, I always look at being principled but also where we can find common ground,” Rayner said.

Rayner represents the sprawling House District 70, which covers parts of Hillsborough, Pinellas and Manatee counties. With the new maps, she’ll be running in House District 62, pitting her against former Democratic Rep. Wengay Newton in the Primary.

Newton held the HD 70 seat before Rayner. He unsuccessfully ran for Mayor of St. Pete in 2020. But Rayner is bringing in a hefty war chest from her congressional race. Newton’s campaign has raised just under $28,000, while Rayner’s has more than $220,000 in cash on hand.

Amina Spahić of MB Strategies worked communications for Rayner’s congressional campaign. She argued Rayner’s voice as a Black queer woman is one Florida can’t afford to lose as Republicans strip more and more liberties away from the LGBTQ community. In 2021, Republicans passed a bill limiting transgender participation in sports. One of this year’s most controversial bills, HB 1557, was dubbed the “Don’t Say Gay” bill by critics who said it erases LGBTQ representation and identity from Florida schools.

“For Michele, being the first queer Black woman to be elected in Florida, in the larger scale and the narrative and the attacks that have happened to LGTBQ folks, her voice is something we can’t afford to lose right now,” Spahić said. “So, she’s not trying to be somebody, but the thing is, she is somebody.”

Rayner and Diamond exiting the CD 13 race leave former Barack Obama aide Eric Lynn and his near-million-dollar war chest as the lone Democrat in the district.