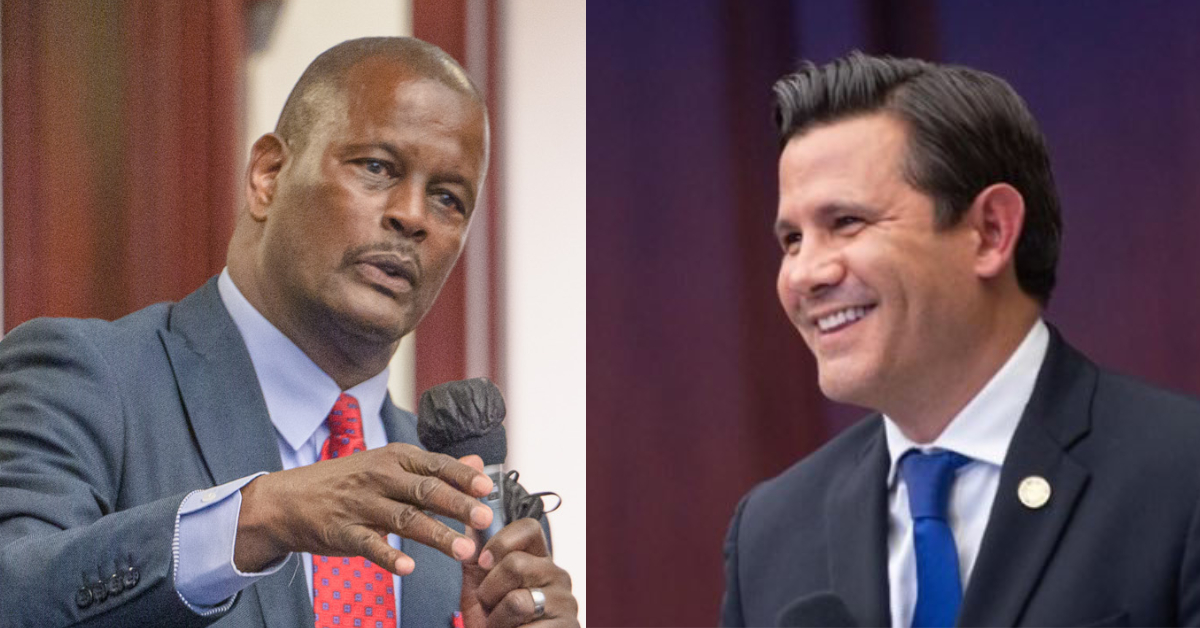 ‘Instead of him leveraging his relationship with the Governor to help, he is the Governor’s little b**ch.’

Bush’s office said in a press note that the three-time state Representative will join “pastors, community leaders, and organizations” Tuesday to condemn a “derogatory statement” Pizzo gave POLITICO for an Aug. 5 article.

“The community, along with Rep. Bush, are demanding swift action be taken against this blatantly disrespectful statement not only toward Rep. Bush but the woman (sic), families, children, and constituents in (House) District 109 and the entire State of Florida,” Bush’s office said in a statement.

Bush’s office did not say what kind of action he and others are seeking against Pizzo.

The Tuesday press conference is scheduled for 10 a.m. at the Historic Hampton House in Miami.

Bush, whose service in state government dates back three decades, has drawn anger in recent years over his increased support of GOP-backed legislation endorsed by Gov. Ron DeSantis that critics decry as bigoted and harmful.

He was the only Democrat to vote for a controversial measure restricting classroom discussion of gender identity and sexual preference that critics dubbed the “Don’t Say Gay” law. He also was alone among Democrats in siding with Republicans on Florida’s new ban on abortion after 15 weeks of pregnancy, with no exceptions for rape, incest or human trafficking victims.

Those votes put Bush on the outs with many members of his party, some of whom are openly backing his Primary opponent this year, lawyer Ashley Gantt. Gantt is holding her own 10 a.m. press conference Tuesday at the Joseph Caleb Center in Miami to highlight her progressive credentials and how they contrast with her opponent’s.

Pizzo is among Gantt’s supporters. After coasting into re-election unopposed in June, he pledged on Twitter to donate $500,000 to Democrats facing election challenges. Closing out a thread of tweets, he singled out Gantt for a virtual high-five — and by extension, Bush for a digital thumbs-down.

His language regarding Bush has since grown harsher.

In a July 27 tweet linking to Gantt’s fundraising page, Pizzo wrote, “Florida ‘Democrat’ James Bush is a shill for the Florida Republicans. Voting against Democratic values and kissing the Governor’s ass — all day, everyday. Join me in letting politicians know that their actions have real consequences.”

Florida “Democrat” James Bush is a shill for the Florida Republicans. Voting against Democratic values and kissing the Governor’s ass – all day, everyday.

Join me in letting politicians know that their actions have real consequences – donate to https://t.co/iIMBTBivTM

“The Governor seems to have issues with Black folks,” he said, referring to DeSantis’ new congressional map critics say reduced the number of Black-performing districts in the state and legislation he called for targeting “woke” indoctrination in public schools and private workplaces.

“But instead of (Bush) leveraging his relationship with the Governor to help, he is the Governor’s little b**ch.”