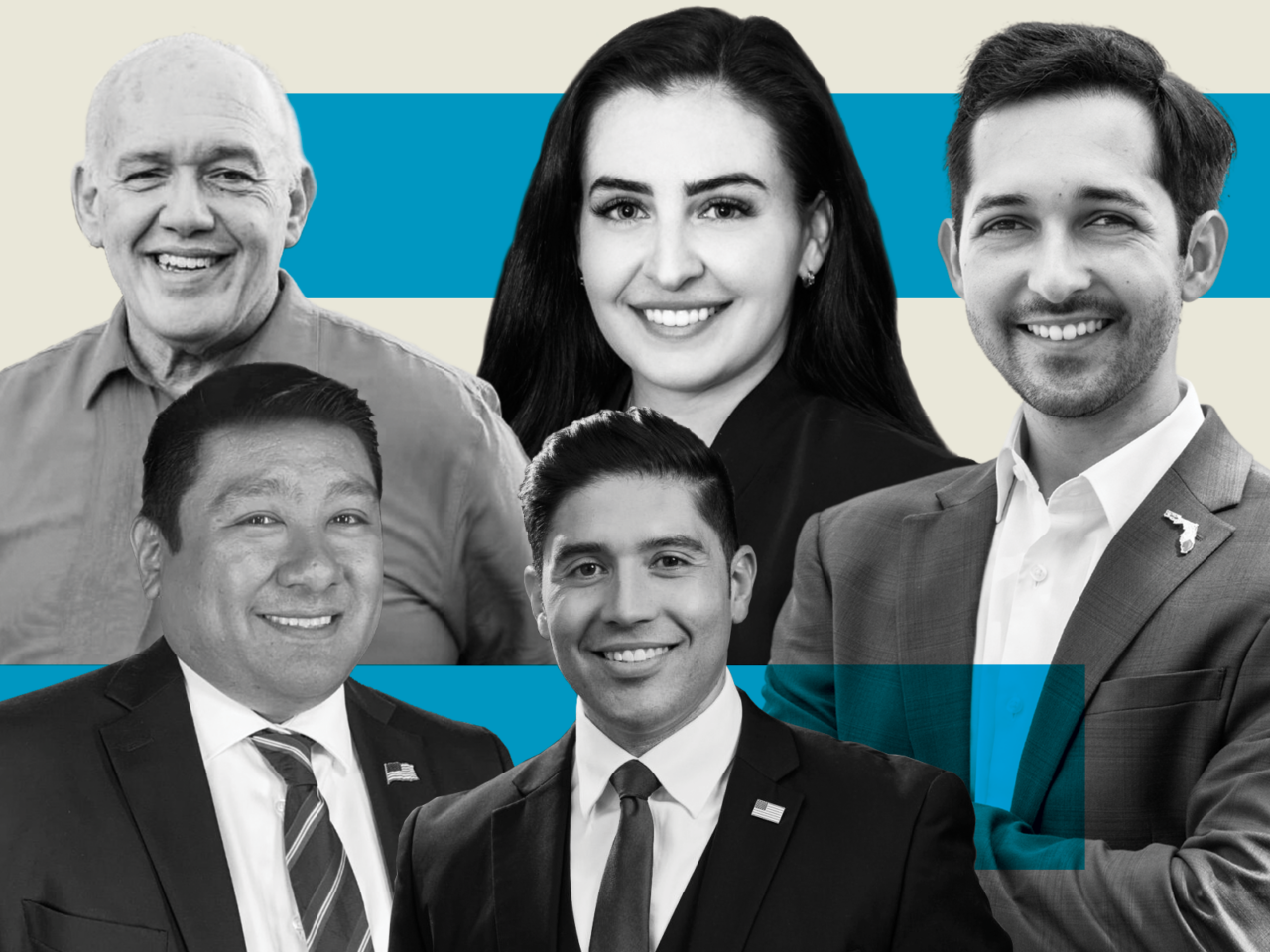 In terms of fundraising, the Republicans have blown the Democrats out of the water.

The winner of that contest will face either attorney James Cueva or activist Gabriel Gonzalez, both Democrats, in the General Election.

No candidate holds 100% of the cards in the race, though some have significant advantages.

In terms of government experience and party endorsements, Alvarez and Porras have an edge.

Alvarez has worked in politics for close to nine years. Her past bosses include U.S. Sen. Marco Rubio, U.S. Rep. Carlos Giménez (when he was Miami-Dade Mayor), U.S. Rep. María Elvira Salazar, former Florida Supreme Court Justice Robert Luck, Education Commissioner Manny Díaz Jr. (when he was a state Senator) and the Republican Party of Florida.

In addition to her elected position on her local Community Council, she is also a committeewoman with the Miami-Dade GOP.

She also wants to see completion of the Kendall Parkway, a $1 billion, 13-mile extension of the Dolphin Expressway proponents say will alleviate traffic congestion in the area.

Porras, a self-described “principled conservative,” got his start interning in Rubio’s office. After serving as chapter president of Turning Point USA, Chair of the FIU College Republicans and southern regional director of the Florida Federation of College Republicans, he worked in the offices of U.S. Sen. Rick Scott and state Reps. Juan Fernandez-Barquin, Alex Rizo and Spencer Roach.

Fernandez-Barquin endorsed Porras for the HD 119 seat, as did Doral state Sen. Ana Maria Rodriguez, the Fraternal Order of Police, South Florida Council of Firefighters, LIBRE Initiative, Americans for Prosperity and Associated Builders and Contractors, among others.

He’s also received maximum donations from the political committees of state Reps. Demi Busatta Cabrera and Vance Aloupis, who announced in March he will forgo seeking a third House term.

Since filing to run in May, Alvarez has raised about $16,000. Of that, she had about $7,000 left by early August after covering campaign printing and text messaging costs.

Porras, who filed as a candidate for state office one month earlier, amassed nearly $107,000. He had about $31,000 remaining as of Aug. 5 thanks to ample spending on various voter outreach efforts, campaign advertising and accounting fees.

In terms of fundraising, no candidate comes close to Tsay’s war chest.

So far, Tsay has added more than $434,000 to his campaign coffers since launching his campaign for the House in late December. Almost all of it came either from his bank account or that of the family business.

He’s a former chair of the Massachusetts Alliance of College Republicans. If elected, Tsay said he will work to lower home property insurance premiums, curb inflation, increase police training, payment and recruitment efforts, and further reform schools by “keeping ‘woke’ agendas out of the classroom and expanding workforce development and technical education.”

After massive rounds of spending in recent months on digital and physical campaign advertising, Tsay had $42,000 left by early August.

Gonzalez, the runner-up in campaign gains, added $148,000 between mid-April and early August as a result of broad support from the legal profession and a $17,000 self-loan.

Of that, he had $25,000 left following a spending blend of canvassing, advertising, phone banking and direct mail expenditures.

A personal injury, labor and homeowners’ insurance attorney, Gonzalez is a founding partner of PereGonza, a law firm headquartered in West Miami-Dade between the city of Doral and the unincorporated Fontainebleau neighborhood. From 2016 to 2020, he was a member of the Miami-Dade GOP Executive Committee.

In a promotional video from Gonzalez’s campaign, Republican state Rep. David Borrero of Sweetwater described him as someone “who will support the Gov. DeSantis and President (Donald) Trump agenda to make our state strong and oppose liberal and socialist movements.”

Between March and late July, Soto raised just shy of $6,000 through 25 contributions, including a $1,500 self-loan. Aside from covering about $280 worth of food and supplies for a May campaign fundraising event, his only major bit of spending was the $1,782 qualifying fee candidates must pay the Division of Elections.

Soto’s campaign website is also the sparsest among the Republican HD 119 field, displaying only an option to donate. His Facebook and Twitter pages provide little extra information.

In an interview with the Miami Herald, Soto spoke of improving school safety and moving Miami-Dade’s Urban Development Boundary to allow construction closer to the Everglades.

While Soto’s gains may appear paltry compared to his Primary opponents, it still exceeds both Democratic candidates’ hauls.

Cueva leads the fundraising contest slightly with almost $7,000 gathered between mid-June and early August. That includes $2,000 he loaned his campaign and $20 or so in grassroots donations.

Most of his spending went to the state’s qualifying fee, photos and website costs. As of Aug. 5, he had about $4,000 left.

Cueva has a long list of campaign priorities, including transit development, Medicaid expansion and environmental protections. He wants to strengthen and diversify Florida’s economy by attracting federal dollars under the newly enacted CHIPS Act, promote the expansion of solar panel use, harness natural energy through offshore wind farming and invest in vocational and technical education.

He also has ideas on how to address the state’s housing affordability crisis, wants to protect civil and voting rights, and opposes laws restricting classroom discussions of race, ethnicity, bigotry, gender identity and sexual orientation.

Like his Primary opponent, Gonzalez also chipped $2,000 of his own money into his campaign account while raising just under $4,000 since late May. He spent close to all of it on fees and signage.

A Miami-Dade Youth Commissioner for three years, Gonzalez won a Miami Herald Silver Knight Award in 2018 for a nonprofit he founded called HPACC that collects toys and books for children battling cancer. He’s also spent time as an intern to former Miami-Dade Commissioner Juan Zapata and a two-year interning stint in Washington, where he says he wrote legislative language now being considered on the Senate floor.

If elected, he pledges to fight energy monopolies to make it easier for Floridians to transition to clean and renewable energy sources, protect the Urban Development Boundary while working to invest in affordable housing and take a multifaceted approach to stimulating the economy and supporting small businesses.

As a member of the LGBTQ+ community, he also promises to fight for strong state protections for LGBTQ+ rights and to oppose trans sports bans and the “Parental Rights in Education” law critics decry as “Don’t Say Gay,” which among other things limits classroom instruction on gender identity and sexual preference.

The Primary Election is on Aug. 23. The winner of each Primary race will face off in the General Election on Nov. 8.