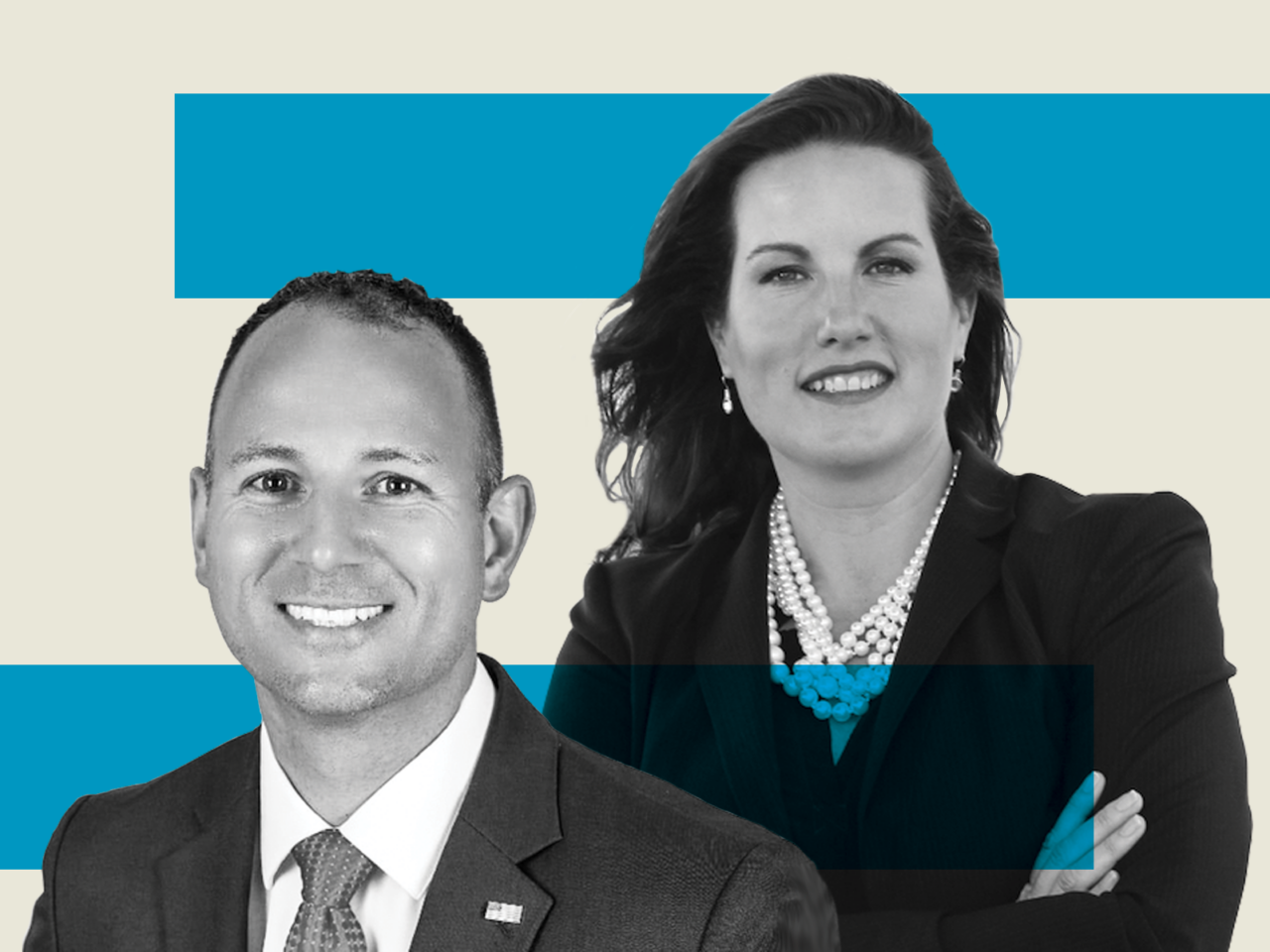 The Republican Primary is closed but there are no Democrats running.

The new House District 30 straddling the Volusia-Brevard county line will go to the winner of Tuesday’s Primary Election, which provides Republican voters with a distinct choice between Robyn Hattaway and Chase Tramont.

Tramont is a Port Orange City Council Member and Hattaway is a Port Canaveral Commissioner.

On the surface, the race shapes up as one between Volusia County’s favorite son — Tramont — and Brevard County’s favorite daughter — Hattaway — because both started their campaigns with well-established bases in their respective home counties.

But the campaign has moved beyond that to become about differences in political priorities. Both embrace basic Republican platforms, but the difference emerges in defining what’s important.

Tramont, a businessman and sports coach, seeks to establish himself as a philosophical hardline conservative who could be expected to press for conservative Christian values and absolutist views on matters such as First and Second Amendment rights.

“I don’t believe one has to check their faith at the door when they enter politics,” Tramont said.

Hattaway, a Merritt Island lawyer, prefers to talk about pragmatic issues that are immediate concerns, such as inflation and pollution of the Indian River Lagoon rather than hardline stands on abortion or constitutional carry of firearms.

“There are a lot of people that, they want to know how they’re going to pay their bills on a daily basis. And they’re less concerned about those issues, or they disagree with those,” Hattaway said.

There are no Democrats running. But Volusia County Republican State Committeeman Vic Baker filed to be a write-in candidate in HD 31, assuring the Republican Primary Election would be closed, and only Republican voters may vote.

The November General Election will ratify whomever Republicans chose to be the HD 30 Representative on Tuesday.

The newly drawn HD 30 stretches from Titusville and Mims in Brevard northward along the coast and Interstate 95 to take in Oak Hill, Edgewater, New Smyrna Beach and Port Orange. The district has a strong Republican lean in voter registration.

Hattaway said she has campaigned hard in Volusia, which has the lion’s share of HD 30 voters. Whether from the big houses along the water or the trailers inland, people are concerned about getting a Representative who will get things done to help them, whether it’s regarding economic issues, environmental issues or education, she said.

“I like to talk about work I’ve actually done,” she said. “Which is the program I started at Port Canaveral connecting high school students with skilled trades; work I’ve done on solutions for the lagoon; work I’ve done as an attorney, as far as property owners’ rights, balancing that with environmental concerns. What I see on a daily basis. I think that’s resonating with a lot of people. When you talk about real work and real accomplishments instead of just spouting issues, people respond to that.”

“I did an issues survey early on, probably back in March, and people were more divided on some of those issues, like abortion or constitutional carry,” Hattaway added. “So I’m more focused on what I’m hearing from people: education, parents’ rights in schools, those are very relevant. It’s about what we share in common.”

Tramont is most interested in protecting rights. Small businesses need to be allowed to operate. Religious centers need freedom to make their own decisions. Parents must have protected rights for a strong voice in children’s education. “These are issues on a grand scale that people are most passionate about,” he said.

“We’ve had a very clear and consistent message since Day 1. And we’ve had a tremendous response to that. And our message is that our rights come from God and not from government,” Tramont argued. “And recognizing that our rights do not come from government, therefore government has no authority to revoke those rights. We’ve kind of seen an attack on individual liberties over the last few years, an unprecedented attack.”

He points to constitutional carry as important. He believes there should not be a separation of church and state: the government should be barred from intruding on a church, not the other way around, he said.

“Getting back to our roots of our founding and recognizing the principles and values this country was founded upon, that’s been a powerful and winning message that has resonated with our voters,” Tramont said.