A new internal poll from Charlie Crist’s campaign shows he’s positioned to win the Democratic Primary for Governor by a double-digit margin.

Conducted by GBAO, the survey asked 800 likely Democratic Primary voters whether they were backing Crist or Agriculture Commissioner Nikki Fried and found Crist up 52%-36%.

The 16-point margin is a hair smaller than the 21-point advantage he enjoyed in a June poll conducted by the same firm, but still shows him firmly ahead after a recent poll commissioned by Fried’s campaign showed her down by just 7 points and an outlier poll from the University of North Florida that suggested Fried had taken the lead.

The new poll shows Crist’s lead is being helped by strong support among conservative and moderate Democrats, though he also holds a 1-point advantage among self-described liberal Democrats.

The regional breakdown suggests the former Republican Governor could carry a majority of the vote in all the state’s major media markets. He’s strongest in the Tampa Bay area, which he currently represents in the U.S. House. He’s up 32 points there.

But he also holds a 21-point lead in West Palm Beach, a 19-point lead in Orlando, and a 7-point lead in Miami. Jacksonville is the most competitive market in the lot, but he still holds a 3-point advantage in Blu-Val according to GBAO.

Finally, the gap between Crist and Fried is strongest among the most motivated voters, with those rating their motivation to vote as a “10” on a 0-10 scale breaking for Crist by 20 points. Less-motivated voters prefer him by one point.

The GBAO poll was conducted July 27-31 through a mix of live telephone phone interviews and text-to-web.

—“Who’s funding the Democratic candidates for Governor? Here are 4 takeaways.” via Kirby Wilson and Romy Ellenbogen of the Tampa Bay Times

—“‘Spews that lie over and over again’: Is there anything positive in showdown between Lauren Book and Barbara Sharief?” via Anthony Man of the South Florida Sun-Sentinel

—“Wastewater disease tracking: A journey from the sewer to the lab“ via Aliza Aufrichtig and Emily Anthes of The New York Times 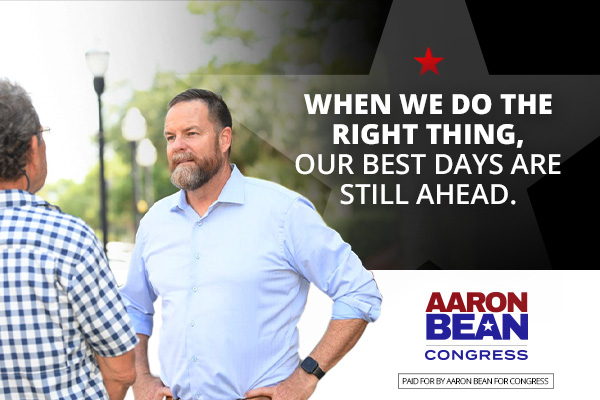 “If I came out and said the sky was blue, they would fact check that and say that was wrong.”

— Gov. Ron DeSantis, on media criticism of his plan to allow veterans to become classroom teachers. 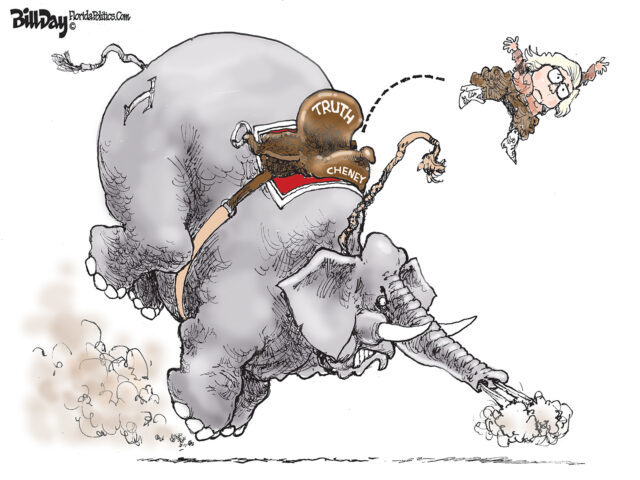 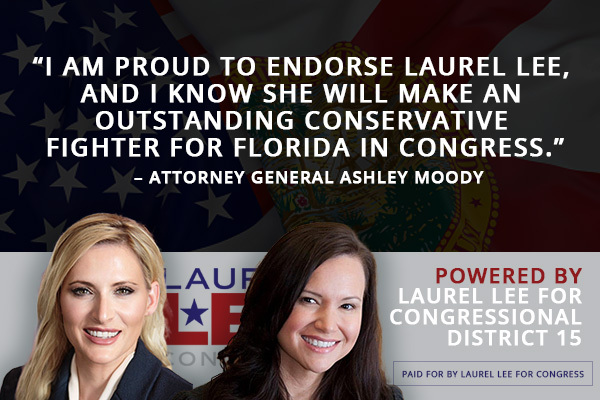 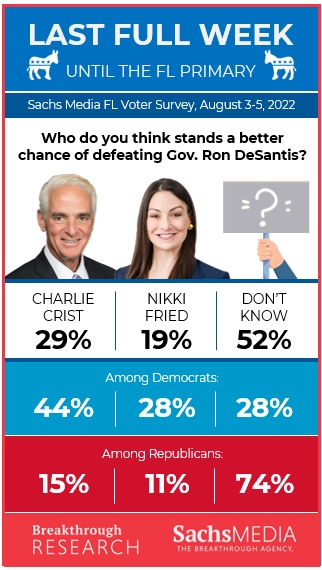 previousDo Michael Johnson, Grassroots for America only believe in 'original' Bill of Rights?

nextSunburn — The morning read of what’s hot in Florida politics — 8.18.22